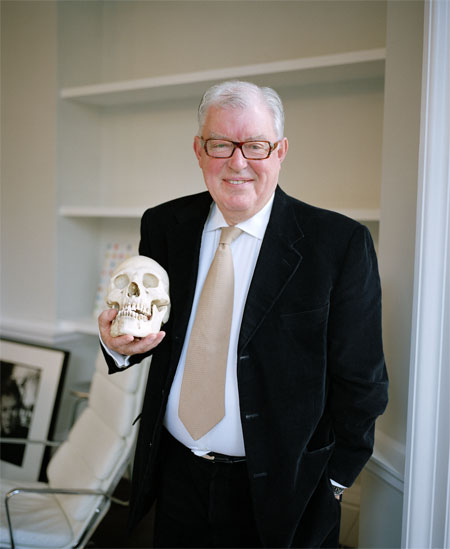 Consumers cop-on to the value of money-off coupons

The Irish Times March 15, 2010 | CONOR POPE MONEY-OFF COUPONS: A big deal in the US and UK, consumers here are increasingly collecting coupons COUPON CLIPPING is not the most glamorous way to pass your time. In fact, hanging on to fliers offering two-for-one deals, religiously cutting coupons out of newspapers and presenting crumpled fliers to restaurant staff might be penny-pinching steps too far for many people. Times are hard but are they really that hard?

While coupons are a big deal in the US, they’ve never really caught on here, with the notable exception of the noble butter voucher which most of us seemed to exchange for cigarettes in the 80s and 90s. But things may be changing. According to one survey from the National Consumer Agency, 30 per cent more people are using coupons than in 2008. When you consider the savings that can be made it’s not hard to see their allure. It’s never going to keep the wolves from the door for long but, if it’s not too much hassle, it’s free cash.

The Irish Independent Directory, which is delivered to 1.3 million homes across the country every year, has hundreds of euro worth of vouchers on everything from pizzas and burgers to taxis and tyres. Meanwhile, a judicious use of online coupon sites can handily knock [euro]20 off a weekly shopping bill.

While people may baulk at producing the crumpled vouchers they’ve found in directories, newspapers or online they are much more likely to use the vouchers earned from being a member of a supermarket loyalty scheme. The key thing about supermarket loyalty schemes is that you need to be as disloyal as you possibly can and sign up to the lot of them.

A clever use of loyalty schemes can make vouchers even more worthwhile than their face value would suggest. Under the Tesco scheme, for instance, a [euro]2.50 clubcard voucher will buy you a [euro]10 token for Milano’s restaurant or Apache Pizza. A [euro]4 voucher gets one adult into Dublin Zoo – admission is normally [euro]15. A [euro]10 voucher, meanwhile, can be handily converted into a [euro]40 voucher from Siblu, the camping specialists in France, effectively giving you a 5 per cent discount off a camping holiday in May or June. And [euro]17.50 worth of vouchers will get you a year’s subscription to Hot Press.

When it comes to supermarket schemes, whether with Tesco, Dunnes Stores, Superquinn or Supervalu, the key is to maximise the number of points you get by keeping an eye out for double point days and products which may attract extra points – as long as you’re going to actually use those products, don’t be suckered into buying something of dubious worth just because of the extra points. website free printable grocery coupons

Dunnes Stores also sends vouchers out to loyalty card members quarterly while Superquinn offers a reward card scheme which can be used in-store or exchanged for One4all vouchers. Supervalu’s Real Reward scheme gives you [euro]1 per point and, when you hit 400 points, you get 5 per cent off your next shop – although this offer is set to expire next month. Supervalu points are also redeemable against get-away breaks.

It is not just the supermarkets which entice shoppers with discount coupons. Boots Advantage Card allows people to redeem points gained on purchases and the store also pushes substantial vouchers for its No. 7 range of products on shoppers who spend over a certain amount, usually around [euro]25. freeprintablegrocerycouponsnow.com free printable grocery coupons

For its part, Brown Thomas has an uber-chic Black Card although it is keen to stress it is nothing as gauche as a loyalty card and, while it does offer discounts based on points accrued, it prefers to stress the benefits for card-holding members of the invites to events where they can get discounted deals (or spend more cash, depending on how you look at it).

AT THE OTHER END OF THE retailing experience – at least when it comes to price – is Ikea, and we thought the store couldn’t get any cheaper. It has a card which offers 25 per cent discounts on its Family range, as well as discounts up to the same amount on other products dotted throughout the store.

It has been the online arena where the biggest growth has been found in recent years with pigsback.com the most heavily promoted website. It offers a range of printable grocery coupons which are accepted in the main retailers – although not, generally speaking in your corner shop. If you were to buy all of the items on the list it would automatically knock [euro]20 off your grocery bill.

Like Tesco, it has a credit card, which enables users to earn extra PiggyPoints. You earn one for every [euro]2 spent on the card plus 2,000 when the account is opened. These points can be used to claim a variety of rewards although climbing the PiggyPoint mountain can seem a little daunting – to get a [euro]10 voucher for TGI Friday’s, you need 900 points, while 4,500 points will get you a [euro]50 Essensuals hair voucher.

“Is this a case of Pigflation?” he wondered.

COUPONS: THE VIEW FROM TWITTER It drives me berserk when old dearies start counting out their coupons, sloooowly, at the checkout. – Catherine I feel a bit cheap with coupons but no problem with online discount codes (no one can see you at checkout). – Anne I do sometimes but then I always forget which safe place I left them in and end up finding them years later. – Annie I use coupons! Sure that’s what they are there for. Coupons here are not as good as in the States though. – Rachelle Have loyalty cards for coffee, Dunnes and Boots and print off coupons from Pigsback. It doesn’t take much time and saves money. – Graham Coupons too damn fiddly and fussy. Besides, suspect prices of other products increased to compensate. – Miriam I can’t even keep a Starbucks loyalty card going for a week. Now if stamps were smartphone-ised . . . – Brendan I don’t, more because I’m disorganised, nothing to do with being scabby. – Adam CONOR POPE

This entry was posted on Monday, September 8th, 2008 at 12:25 pm and is filed under Newslinks. You can follow any responses to this entry through the RSS 2.0 feed. You can leave a response, or trackback from your own site.