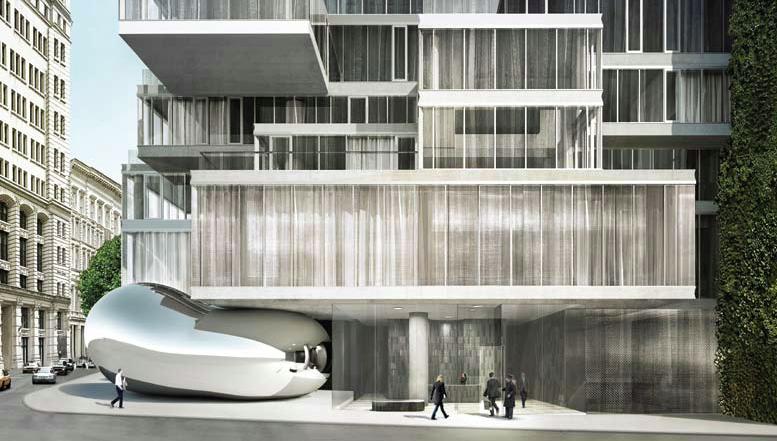 The design for Pritzer Prize winning architects, Jacques Herzog and Pierre de Meuron’s Tribeca tower was released earlier this week. The $650 million project will be 57-stories high with condominiums ranging from 1,430 square feet to 6,360 square feet, and is projected to be open in 2010. The tower is said to house 145 residences each with its unique floor plan and complete with a private balcony. The translucent skyscraper will be the first high-rise commission for the Swiss architects, who have had their hand in designing the Beijing National Stadium in China for the recent 2008 Olympic games, the Tate Modern in London, and the de Young Museum in San Francisco. The contemporary artist Anish Kapoor has been commissioned to install one of his signature stainless steel, reflective sculptures on the ground floor. The tower will appear to be resting a top his sculpture, and will be the first permanent public artwork for the artist in New York City. 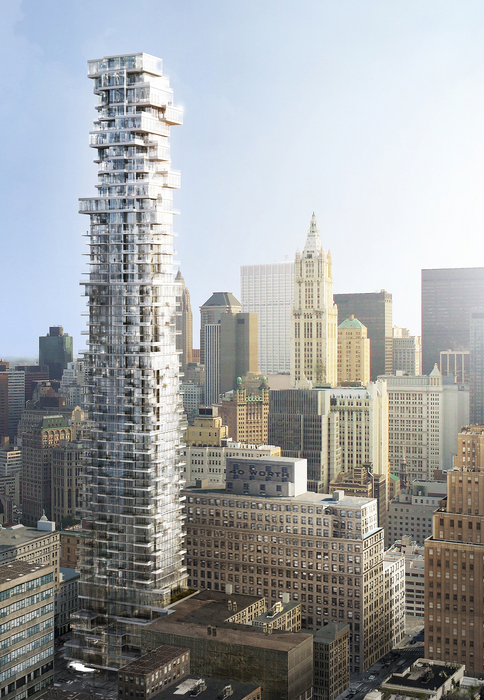 Herzog & de Meuron’s 56 Leonard St., shown rising above Lower Manhattan in a rendering, employs the calculated irregularities and asymmetries of the Deconstructivist style. via Andrea Schwan Inc. The condominiums that will be offered for purchase range from $3.5 million to $33million and have been described as “houses stacked in the sky.”

In Artdaily, Herzog & de Meuron are quoted summarizing their design, “We approached the design process for 56 Leonard Street from the inside out, from the homes themselves. But we also considered the outside in terms of the Tribeca neighborhood. Here you have the small townhouses, the old manufacturing buildings, and the high-rise buildings, but also a lot of little corners and surprising things between. The different scales characterize the neighborhood and we wanted to establish a dialogue among them. For us, creating a building is a research process. We call it a journey.” 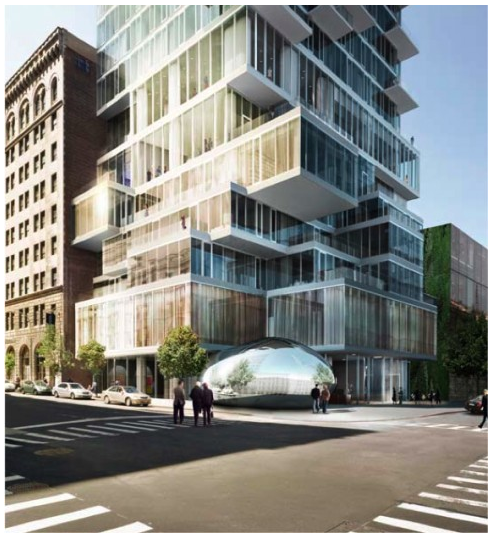 The Alexico Group of New York City is the developer of the 56 Leonard Street space. Also quoted in Artdaily, Izak Senbahar of Alexico said, “We are extremely pleased and honored to be able to create a tower of true global character at a moment when great architectural ferment is reshaping New York City,” said Senbahar. “With 56 Leonard we aspire to make a unique contribution to the fabric of our town with a building that relates directly to the city but is also an outstanding international address.”“ 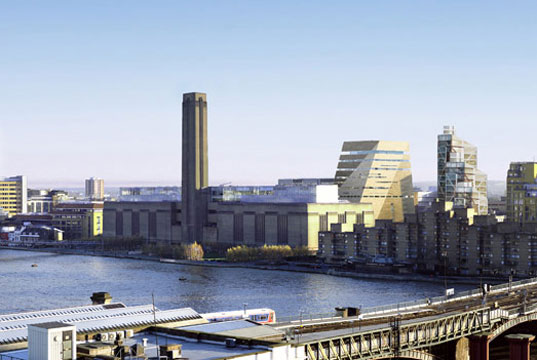 Rendering of the Tate Modern including its current development as well as a new addition to be completed by 2012 via Inhabitat. Herzog & de Meuron converted the former Bankside Power Station to its current state in 2000. The architects have since been working to complete the transformation. 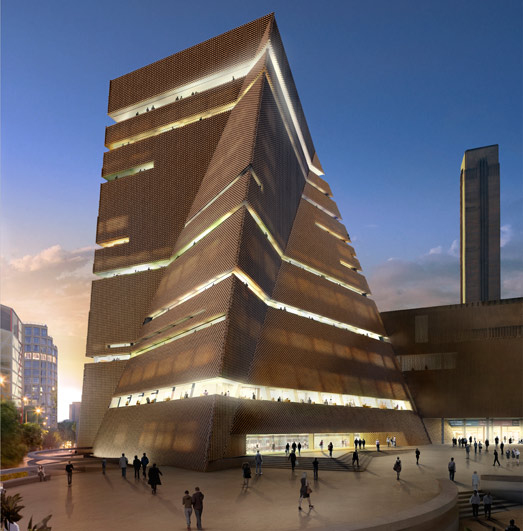 Rendering of the new development of Tate Modern, London by Herzog & de Meuron via Tate Modern.

This entry was posted on Thursday, September 18th, 2008 at 1:26 pm and is filed under Art News. You can follow any responses to this entry through the RSS 2.0 feed. You can leave a response, or trackback from your own site.