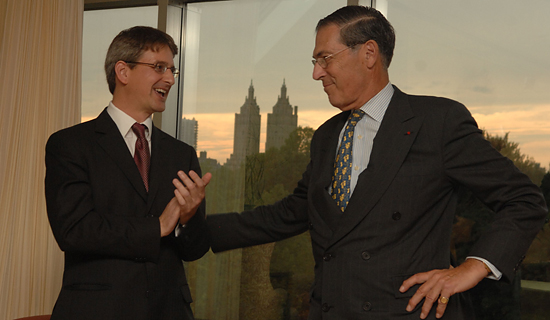 After an arduous eight-month search, the Metropolitan Museum of Art has announced that Thomas P. Campbell will be succeeding Philippe de Montebello as its new Director.  Come January 1st, 2009 Mr. Campbell will take over the reins from de Montebello, who has been serving as director of the Met for the past 31 years. Campbell has been with the Metropolitan Museum of Art since 1995 serving in the Department of European Sculpture and Decorative Arts, with a specialty in European tapestries.  Some were surprised that the relatively young Campbell was chosen over Ian Wardropper, his 57-year-old superior. The committee also reportedly considered Max Hollein, from the Städel Museum and the Schirn Kunsthalle in Frankfurt as Philippe de Montebello’s successor. 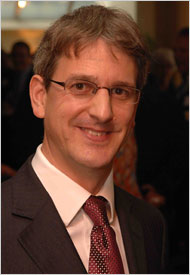 British born Thomas P. Campbell has been described as well liked and respected among his peers. His scholarly efforts within his department, such as the exhibition “Tapestry in the Renaissance: Art and Magnificence”, which attracted twice the projected amount of visitors, has brought him significant recognition

Chairman of the Met’s board of trustees, James Houghton, said in a statement, “He [Campbell] is a distinguished art historian and outstanding curator, who is an ardent advocate for scholarship, connoisseurship, and the highest museum standards.” 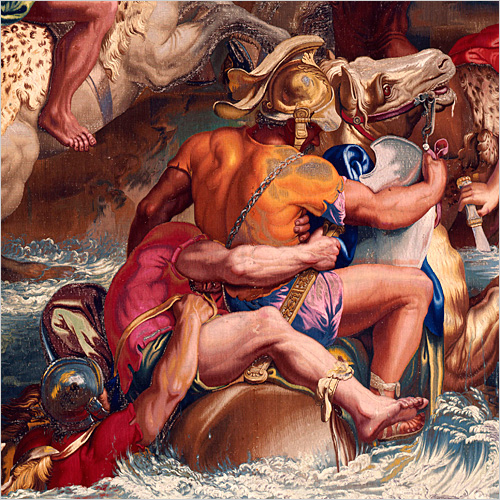 “Tapestry in the Baroque: Threads of Splendor” at the Metropolitan Museum via NYTimes

Potential challenges that may arise for the new director include the growing competition throughout global museums. It is predicted that a larger amount of foreign governments are going to start pursuing the issue of disputed artwork, and coming to the Met to collect pieces for their own patrimony 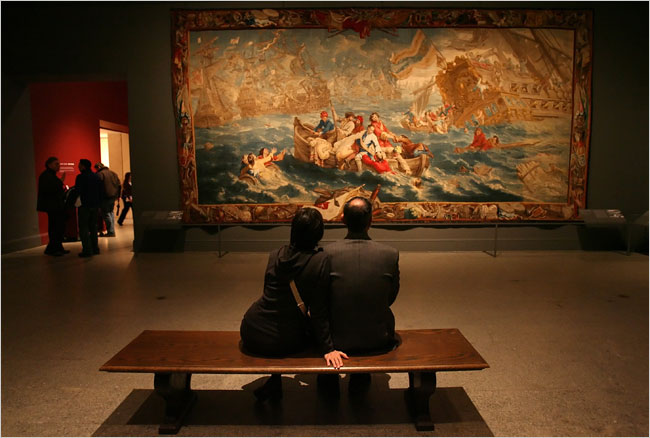 Visitors at “Tapestry in the Baroque: Threads of Splendor” an exhibit at the Metropolitan Museum that Thomas P. Campbell curated in 2007 via NYTimes

Artdaily has quoted Philippe de Montebello on the appointment of Thomas P Campbell, “I am delighted at the choice of my successor by the search committee and subsequently by election of the Board. Tom Campbell, in my view, is absolutely the right selection, as an outstanding art historian of proven experience and judgment who fits perfectly into the long tradition of Met leadership that emerges from within the curatorial ranks, which has been the case for all but two of his predecessors in more than a century. I am confident that he will thrive in his new role, and will bring a fresh vision to the joys and challenges of running this preeminent art museum in the 21st century. He will have all of the collective support and experience that this superb Board, President, and curatorial and administrative staff will enthusiastically provide, and all of the encouragement and good wishes I can offer as well.”

This entry was posted on Wednesday, September 10th, 2008 at 11:47 am and is filed under Art News. You can follow any responses to this entry through the RSS 2.0 feed. You can leave a response, or trackback from your own site.