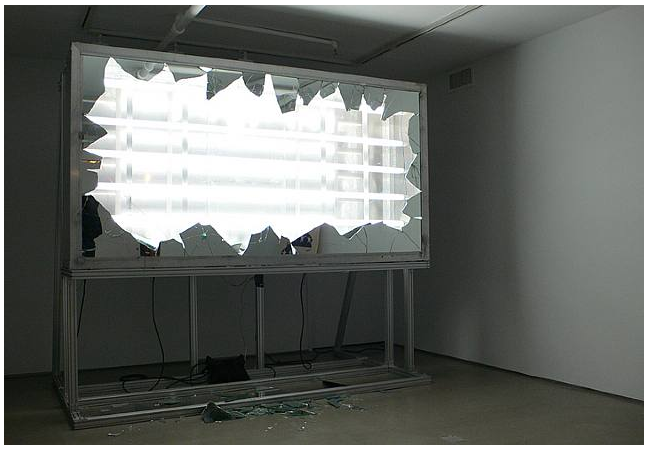 not yet titled (smashed screen with refrigeration) (2008), Banks Violette via ArtRabbit

Banks Violette’s second solo show at Maureen Paley offers black-metal fervor in a minimalist shell. While Violette’s previous installments have focused more upon audible aesthetics like his collaboration with the drone-metal musician Sun O)))), this will be Violette’s first exhibit featuring video. An appropriated and manipulated clip of the signature TriStar Pictures horse is projected upon an invisible screen of water vapor to appear as if the image is hovering (which can be seen here). Upstairs includes influences from his previous works that take on the formal language of billboards and projection screens but mangled, broken, and extruded. Violette was included in the 2004 Whitney Biennial and the Black Album in 2005 and since then has garnered international exhibitions. His work primarily deals with ritualistic presentations of death-metal in American culture derived from his tattoo-artist and crystal-meth induced upbringings in Hawaii. His nihilistic approach also deals with real-life narratives like teen suicides in New Jersey or church burnings in Norway. 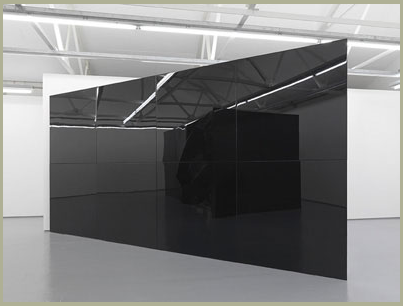 When describing the focus of his most recent work Violette had this to say: “This idea of a void image is a constant throughout my work; the idea of an image seemingly unable to exceed the weight of its own overuse, yet somehow, once in a while, capable of reanimation. And, like a zombie, reanimation results in a negative return.” 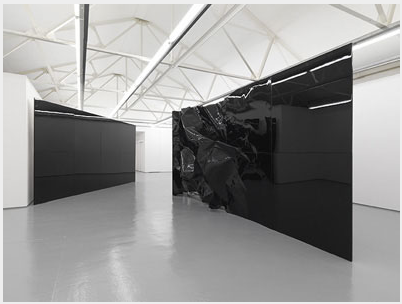 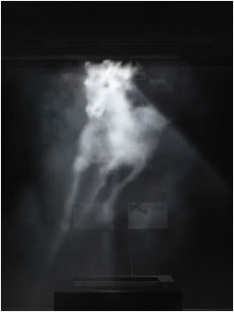 as not yet titled (TriStar horse) (2008), Banks Violette via Maureen Paley 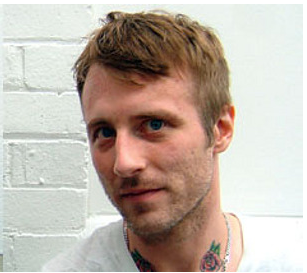 This entry was posted on Wednesday, October 8th, 2008 at 7:08 pm and is filed under Go See. You can follow any responses to this entry through the RSS 2.0 feed. You can leave a response, or trackback from your own site.