Go See: Gilbert & George Retrospective at the Brooklyn Museum, from October 3 to January 11, 2009 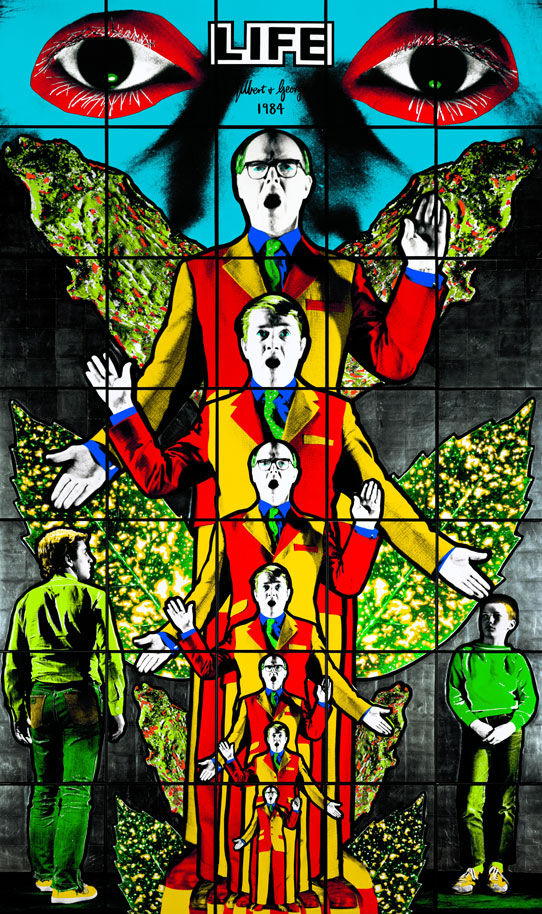 Life by Gilbert and George, part of Death Hope Life Fear series, via the Brooklyn Museum

The Brooklyn Museum is the final stop in the global tour of the Gilbert and George retrospective, offering a comprehensive overview of the art the British duo has been making since 1970. Many of the 90 pieces on display will only be shown in Brooklyn. The pair’s work encompasses performance art and charcoal sketches as well as large, monument-scale digital picture installations which address politics, sexuality, race, identity faith, and other aspects of modern life in a very idiosyncratic, provocative way. Gilbert and George met at Central St. Martin’s College in 1967 and have been working exclusively with each other ever since, winning the Turner Prize in 1986 and representing Britain at the Venice Biennale in 2005. 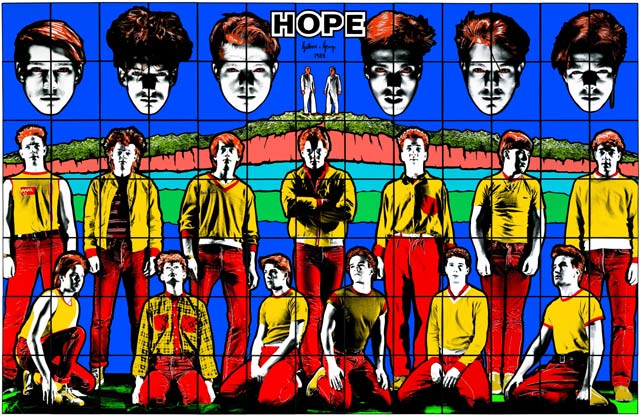 The artists began their careers producing ephemera, eventually producing ‘living sculptures’–performance art in which they would pose and perform as gold- or metallic-colored pseudo-sculptures. Gilbert and George then transitioned towards large scale photo-montages, initially in black and white, using a proprietary grid-based system. The two have kept up with technological advances, which led to the introduction of bold palettes in the 1980s as well as more frequent, media-rich output. The ‘artist’ (Gilbert and George like to be considered as one artist) is still fond of calling itself a ‘living sculpture,’ however, as they are seldom seen without each other, live in a house which they contend is an important part of their corpus, and have stayed ‘in character’ for the past 40 years. 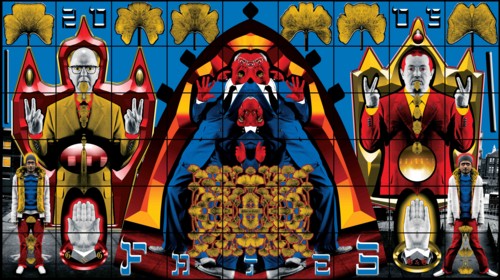 Fates by Gilbert and George, via About 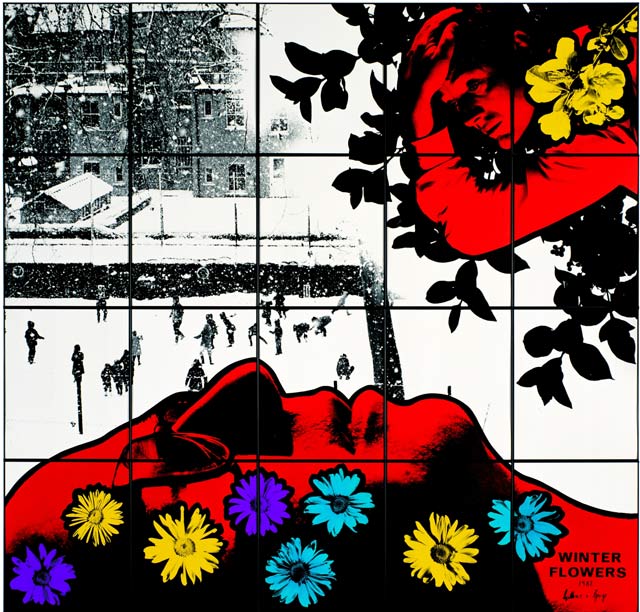 Winter Flowers by Gilbert and George, via Gothamist 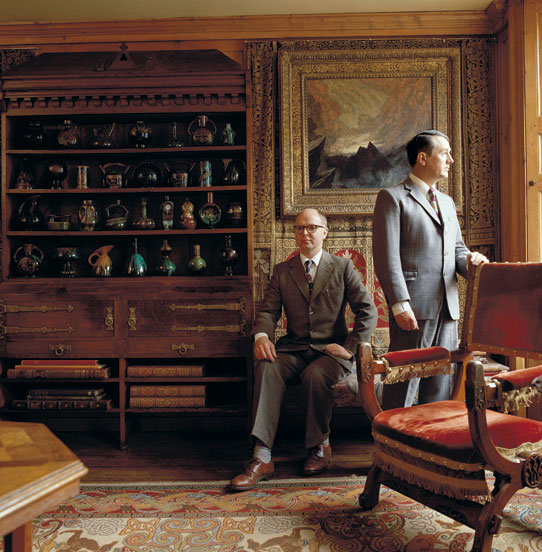 Gilbert and George at Home, 1987, via the Brooklyn Museum 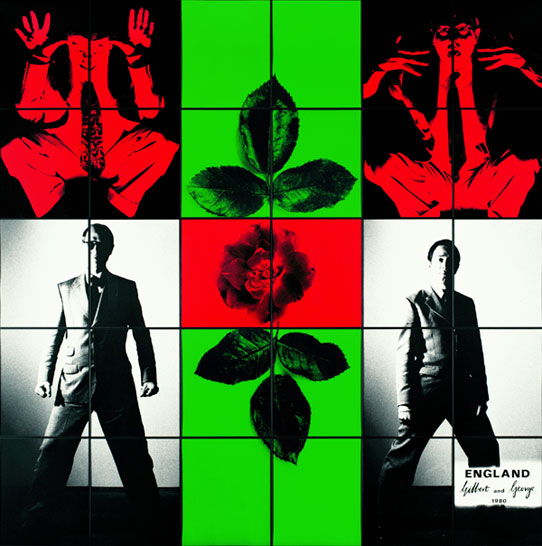 England by Gilbert and George, via the Brooklyn Museum

GILBERT AND GEORGE RETROSPECTIVE
Brooklyn Museum
Morris A. and Meyer Schapiro Wing and
Iris and B. Gerald Cantor Gallery,
4th and 5th Floors
Through January 11th, 2009

This entry was posted on Monday, October 6th, 2008 at 11:47 pm and is filed under Go See. You can follow any responses to this entry through the RSS 2.0 feed. You can leave a response, or trackback from your own site.

One Response to “Go See: Gilbert & George Retrospective at the Brooklyn Museum, from October 3 to January 11, 2009”