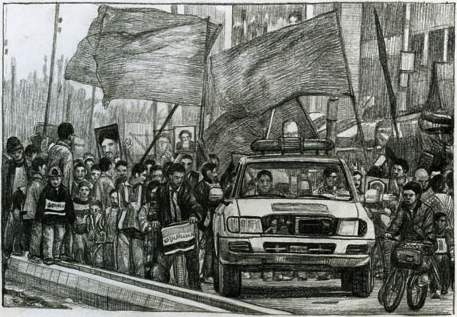 Rirkrit Tiravanija, “Untitled (demonstration no. 138), 2006. via the Drawing Center

The Drawing Center will present over 200 works on paper in Rirkrit Tiravanija: Demonstration Drawings. The series is the artist’s first U.S. museum exhibition displaying drawings he commissioned derived from demonstrations published in the International Herald Tribune. Composed by Thai artists, many of whom were students of Tiravanija, his visions convey a photorealistic portrayal of immediacy responding to power, oppression, and global capital. Curated by João Ribas, Demonstration Drawings fashions a perspective centered on popular sovereignty movements worldwide and ongoing forms of social strife.  In part know for his cooking-sessions-as-art in gallery exhibitions, Rirkrit’s work usually deals with “relational aesthetics,” a theoretical departure from private space while creating inclusion of the whole of human relations and their social context. 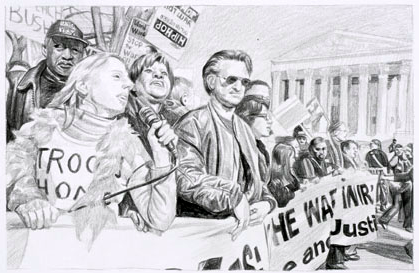 Rirkrit Tiravanija, “Untitled (demonstration no. 191), 2007. via the Drawing Center

Tiravanija is Thai and was raised Buddhist. The son of a diplomat, he was born in Buenos Aires and has a somewhat nomadic life making homes in Ethiopia, Canada, the United States, Germany, and Thailand. 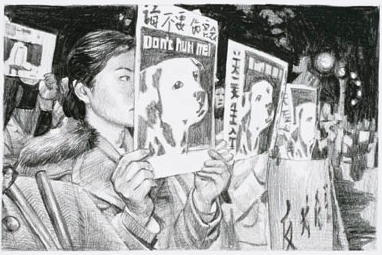 Rirkrit Tiravanija, “Untitled (demonstration no. 145), 2007. via the Drawing Center 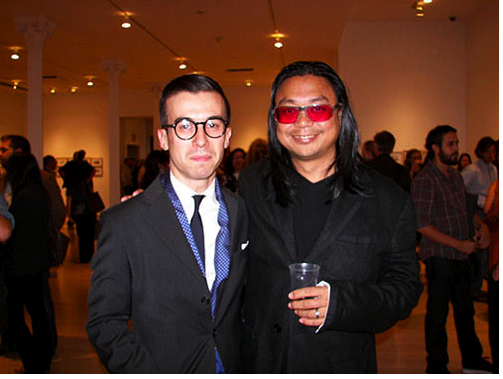 This entry was posted on Monday, October 27th, 2008 at 3:46 am and is filed under Go See. You can follow any responses to this entry through the RSS 2.0 feed. You can leave a response, or trackback from your own site.