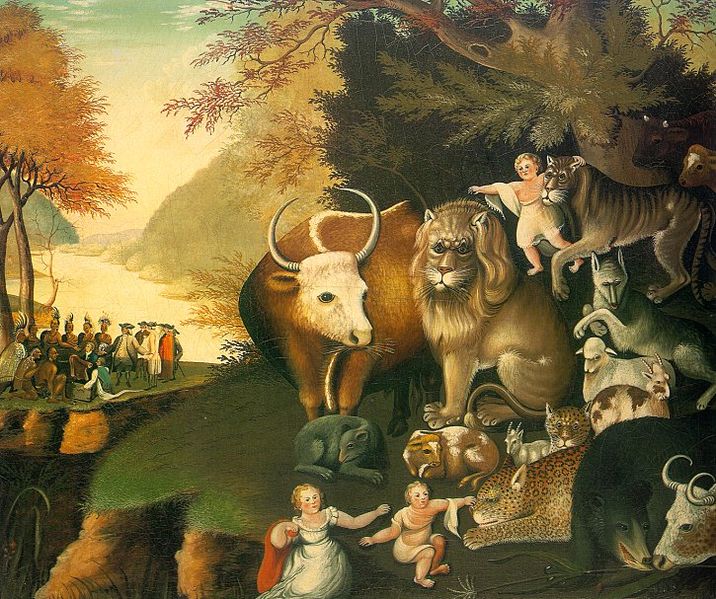 The Peaceable Kingdom, by Edward Hicks, the subject of a dispute between Halsey Minor and Sotheby’s, via Wikimedia

The founder of CNET sues Sotheby’s, citing non-disclosure of its economic interest in a painting sold to him, which he has withheld payment for [Bloomberg] more on this here [LATimes] and here [Wall Street Journal] and here [New York Times]
A prediction that the new leadership of the MoMA and Guggenheim will broaden and focus each institution respectively [NewYorkMag]
A profile of the emerging Zoo Fair artists at the National Academy in London [Guardian]
In a recent interview, Tracey Emin addresses her being raped at age 13 in Margate as well as her being a victim of child abuse [ThisisKent]
Artist builds a custom environment to work for 3 months at the Whitney for an upcoming exhibit of photographs of the happenings [ArtInfo] more on this here [New York Times]

This entry was posted on Tuesday, October 7th, 2008 at 8:23 pm and is filed under Newslinks. You can follow any responses to this entry through the RSS 2.0 feed. You can leave a response, or trackback from your own site.