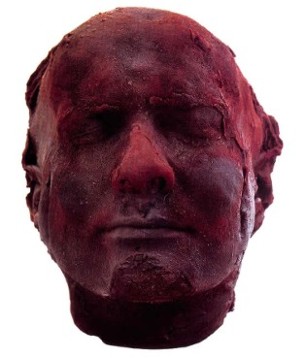 The National Portrait Gallery, home to portraits of major British figures such as kings, queens, and prime ministers, has set its eyes on acquiring ‘Self,’ a sculptural self-portrait of Marc Quinn made from ten pints of his own frozen blood. Marc Quinn–one of the most celebrated of the YBAs (Young British Artists) along with Damien Hirst and Tracey Emin–has made three sculptures using his blood as the raw material since 1991, and has said that he plans on making similar sculptures every five years until he is unable to. The original ‘Self’ was acquired by advertising magnate Charles Saatchi for £13,000; White Cube Gallery is offering the NPG the most recent iteration (dating from 2006) for £350,000, with its open market value being quoted at £1.5 million. The Art Fund and several other sources have committed £150,000 to acquiring the work, leaving £200,000 which the NPG needs to raise by December 31st.

This entry was posted on Tuesday, October 7th, 2008 at 10:13 am and is filed under Art News. You can follow any responses to this entry through the RSS 2.0 feed. You can leave a response, or trackback from your own site.