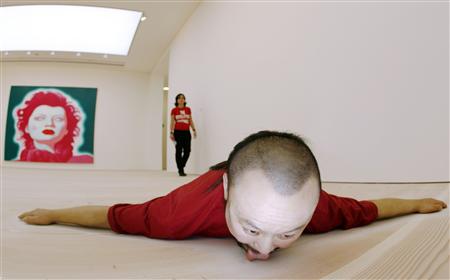 One of the most influential art collectors, Charles Saatchi, who years ago jump started the careers of the Young British Artists such as Damien Hirst and Tracey Emin, has opened his new gallery in Chelsea in Central, London. The neoclassical former military barracks from 1801 known as the Duke of York Headquarters building is the now home to Saatchi’s gallery and his opening exhibit called “The Revolution Continues: New Art From China.” Within the space, a standard “white cube” internal architecture, the inaugural group show features works of art from the most of the top contemporary Chinese artists. Duke of York Headquarters buildings provides an impressive 70,000 square feet of space of gallery space, and in its past life was the military headquarters and barracks for the Duke’s soldiers.

Also notable is that the new Saatchi Gallery, a huge space that compares with City or National arts spaces in its scope and quality of offerings, is entirely free, due to a corporate sponsorship by Phillips de Pury & Company, which only this week was purchased by the Mercury Group of Russia, as reported by Art Observed yesterday here.

Charles Saatchi’s first gallery was a converted former paint factory, launched in 1985. In 2005, Saatchi’s gallery was forced to vacate its previous location on the River Thames 2005 and this space marks a very dramatic return to the scene. The show has generally received positive reviews. Some in the press have noted that there are several Eastern equivalents to the work of some of Saatchi’s original artist discoveries, such as the Australian hyper-realist sculptor Ron Mueck whose work resembles some of the Sun Yuan and Peng Yu works in this show for example. Next year Saatchi Gallery will curate a show of contemporary Middle Eastern art, including from Iran and Iraq. 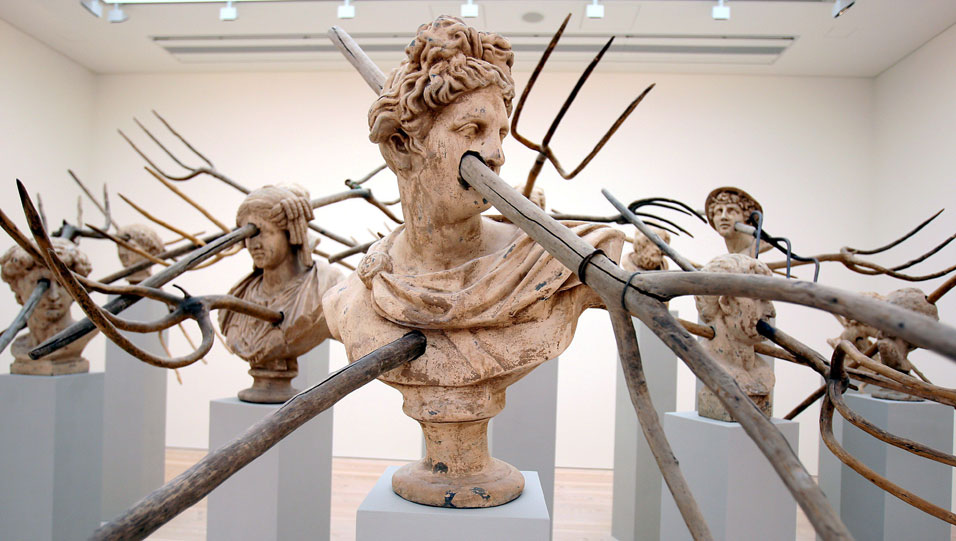 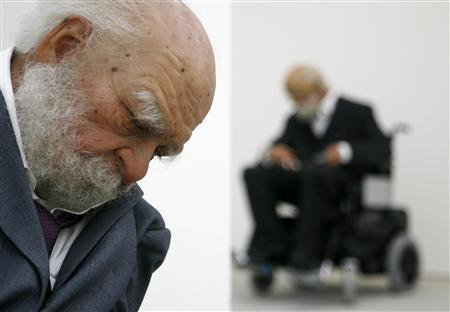 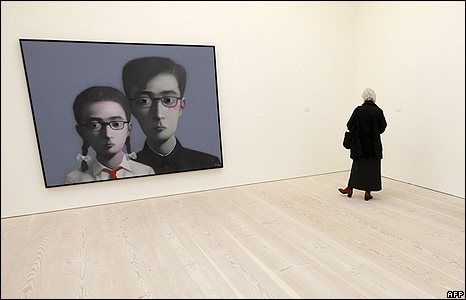 ‘Bloodline’ by Zhang Xiaogang hangs in the new Saatchi gallery, this painting is
very similar to the top lot in Sotheby’s Asian Art auction of last weekend via BBC 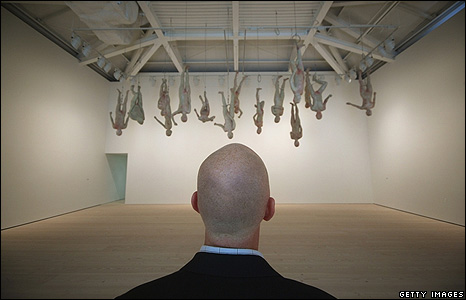 Chinese Offspring, by Zhang Dali, features 15 life-sized figures suspended upside down from the ceiling. Each one represents a migrant construction worker via BBC 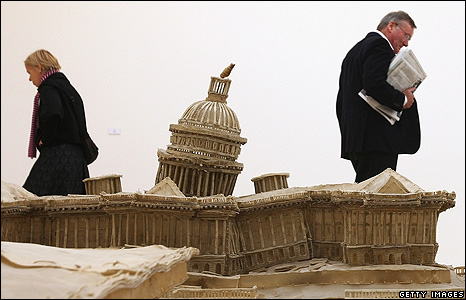 Artist Liu Wei built Love It! Bite It! made from edible dog chews via BBC 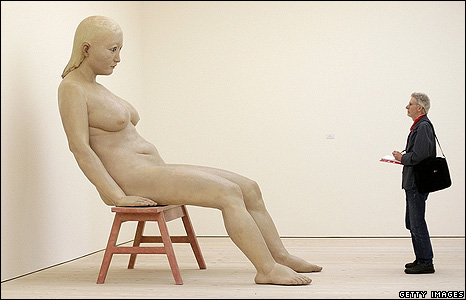 The Revolution Continues : New Art from China via BBC 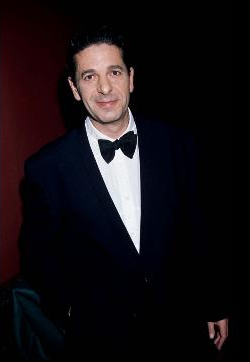 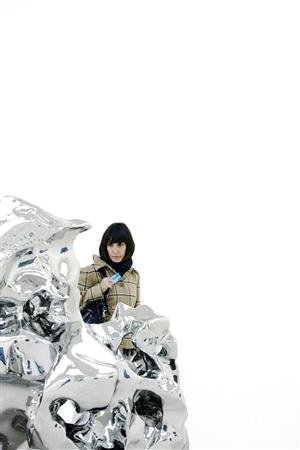 Stainless steel sculpture called Oriental Rock No. 71 by Zhan Wang displayed as part of the exhibition in the new Saatchi Gallery, in London via Reuters

This entry was posted on Wednesday, October 8th, 2008 at 8:26 pm and is filed under Art News, Go See. You can follow any responses to this entry through the RSS 2.0 feed. You can leave a response, or trackback from your own site.