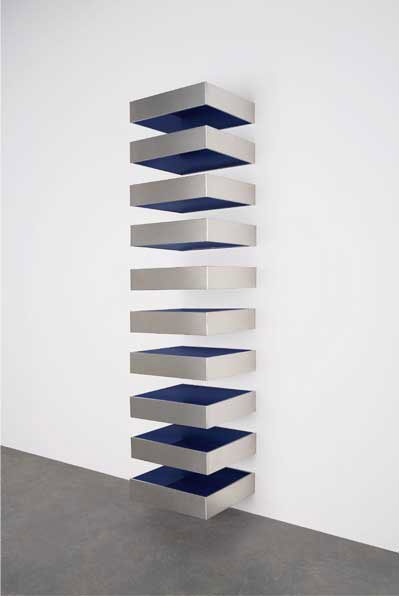 Before Phillips de Pury’s Contemporary Art sale began in New York on Thursday evening November 13th, five works were withdrawn, including John Currin’s Standing Nude from 1993 (est. $500–700,000), pictured below, Richard Prince’s Untitled (Tire Planter) from 1999 (est. $120–180,000), and an Anselm Kiefer work. Total sales were $9,608,700, which was less than half of the low estimate of $23 million. By way of comparison, a comparable Phillips sale a year ago fetched $42.3 million. In the end, 41% of the lots (21 lots) were unsold (51% unsold by value) and those that did sell did so at below estimates. Anything estimated to sell at more than $1 million was either withdrawn or went unsold. In attendance were collectors such as Adam Lindemann, Stavros Merjos, Stefan Edlis of Chicago, Maria Baibakova, Mera and Don Rubell, Zurich dealer Doris Ammann, and executives from the Russian luxury goods giant Mercury Group which, as covered by Art Observed here, recently purchased the Phillips de Pury auction house.

Despite the dismal outcome of the totals, Phillips de Pury’s in the end appeared prescient versus its competitors Sotheby’s and Christie’s who both got crushed by over guaranteeing works in a down market, by contrast, Phillips guaranteed none of the 51 works offered, save for a single neon text 2005 sculpture by Kendell Geers, which had a low estimate of $60,000 and sold for $56,250. In a comparable sale last November, Phillips guaranteed about half the lots.

more story and pictures after the jump…

The top lot was Donald Judd’s Untitled (77/23-Bernstein), 1977, pictured above, which is a 10-stack stainless steel and blue Plexiglas work. The piece also served as the cover image of the sale’s catalog and sold for $2.8 million ($3.2 million with fees) well below its estimate of $4 million to $6 million. 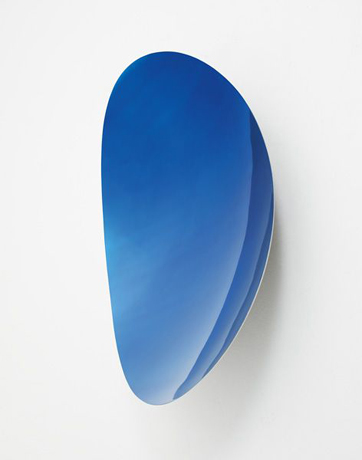 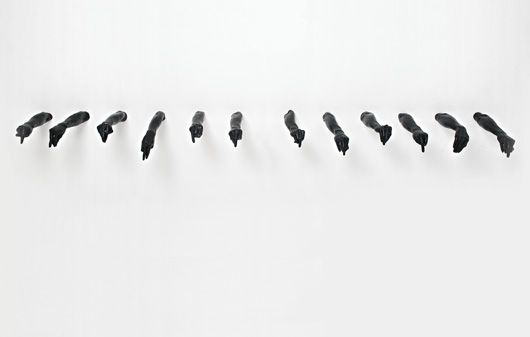 Terence Koh’s The Road to the Winterland of My Discontent, I Know Not Where I Lead, 2007, as shown above, a row of black bronze casts of the artist’s hand and arm in the positions of the arms of the disciples in Leonardo’s Last Supper, sold for $122,500 against an estimate of $80,000-$120,000. The Baer Faxt cited the buyer as collector Henry Buhl.

Phillips auctioned three Damien Hirst pieces, all made within the past two years, the headliner being the 8 foot x 20 foot, Beautiful Artemis Thor Neptune Odin Delusional Sapphic Inspirational Hypnosis Painting, as seen above, which is a spin series painting incorporating skulls. The work was one of a series that appeared in the September 2007 runway show of Hirst’s collection for Levi Strauss & Co. at the Gagosian Gallery in Chelsea. The work went unsold against an estimate of $3 million to $4 million. One of the Hirst’s dot paintings met a similar fate. What did sell, at energized bidding, was the painted resin skull sculpture, Happy Head No. 7, 2007, shown below, for $95,000 ($116,500 with the commission) which was above its high estimate of $90,000. 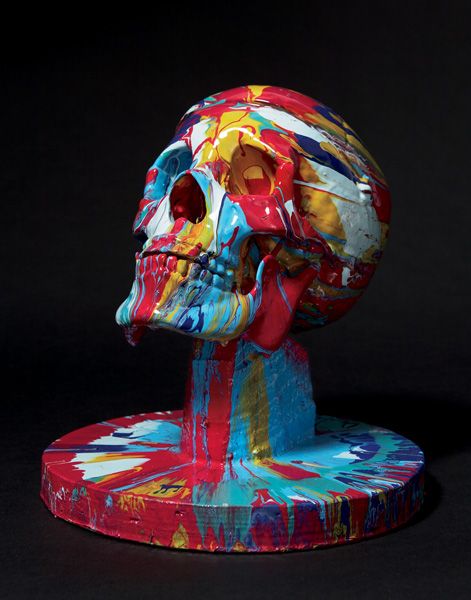 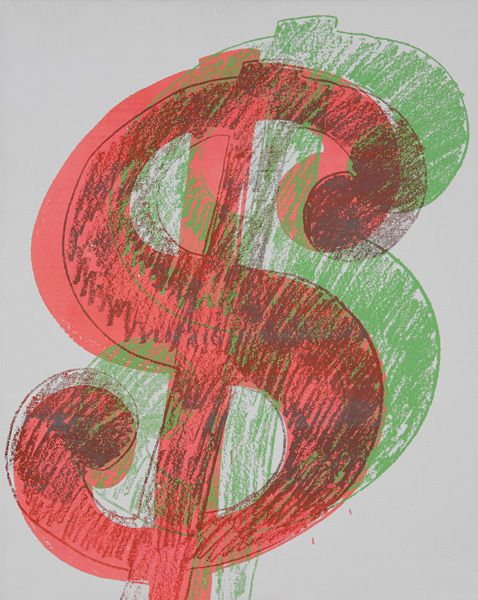 Many works went unsold including those by Jean-Michel Basquiat (J.D.Card, 1984, estimated at $2.2 million to $2.8 million and Thirty-Sixth Figure, 1983, estimated at $1.5 million to $2 million were both unsold), Christopher Wool, Mark Grotjahn, Ugo Rondinone and Anselm Reyle. 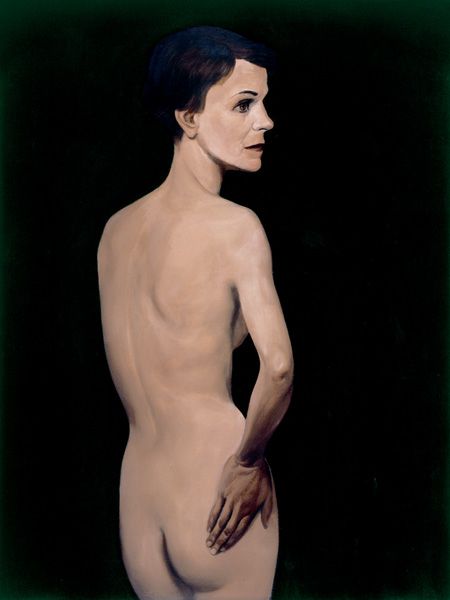 Phillips’s lack of guarantees helped it avoid real harm, “We certainly were the only auction house this week to make any money” said auctioneer and chairman Simon de Pury. However, the results were definitively poor, Stefan Edlis quoted to Bloomberg “It was the same as the other two auctions. Everything was 40 percent off, just like at Barney’s.”

This entry was posted on Monday, November 17th, 2008 at 7:54 am and is filed under Auction Results. You can follow any responses to this entry through the RSS 2.0 feed. You can leave a response, or trackback from your own site.