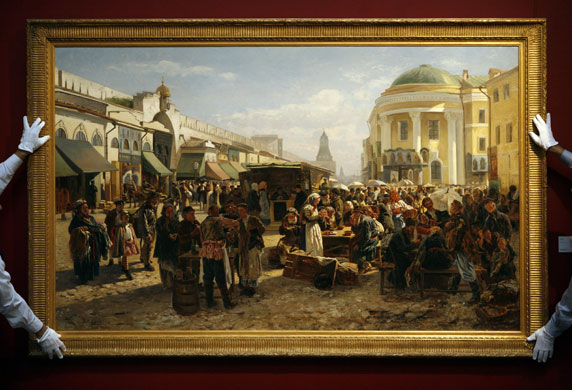 The rag market in Moscow, by Vladimir Makovsky. Sold for £1.33 million. Picture via the Guardian.

Russian art collectors, who have been keen participants in the art market for the better part of this decade, have largely kept their distance from this year’s series of Russian art auctions in London.  For the past nine years, the Russian art auctions typically attracted highly competitive bidding from Russian oligarchs and their representatives.  Activity is now dwindling markedly, correlating roughly but unmistakably with the net worth of Russia’s billionaires, who have lost tens of billions due to massive equity and commodity market declines of roughly 2/3 off their highs.

MacDougall Arts’ auction, a Russian art specialist, sold just under 40% of the works on offer, raising £7 million less than its presale low estimate of £12 million.  Sotheby’s, the market leader for Russian art, fared somewhat better, selling £25 million worth of art (albiet against an estimate of £30m to £43m) and setting nine artist records, which was the third highest total for a series of Russian Art sales at Sotheby’s.  Christie’s sold £3 million worth of art, while Bonham’s sold a third of its offerings, collecting £1.7 million.  Many of the pieces on sale were from the collection of Monika, Princess of Hanover, Countess zu Solms-Laubach, a German aristocrat and distant relative of the British royal family.  Her collection fetched £1.95 million, almost twice its estimate of £1.1 million, providing some solace to Sotheby’s, who sold most of her works.  Egyptian Girl, by Vasili Polenov (shown below), also provided a bright spot when it sold for £1.05 million pounds, more than triple its top estimate and setting an artist record. The Joker by Mikhail Klodt (shown below), was sold for £313,000, well over its top estimate of £180,000, while The Clearing by Ivan Shishkin (shown below) topped its £200,000 estimate when it sold for £289,000.

more pictures after the jump… 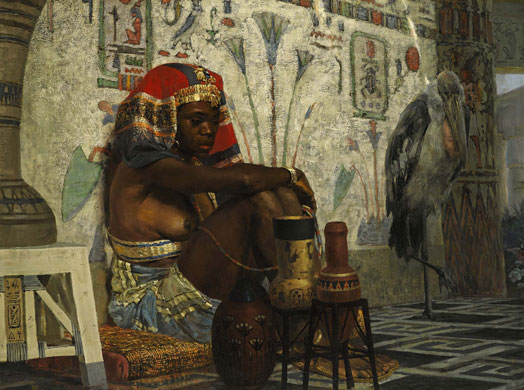 Egyptian Girl, by Vasili Dmitrievich Polenov. Sold by Sotheby’s for £1.05 million. Picture via the Guardian. 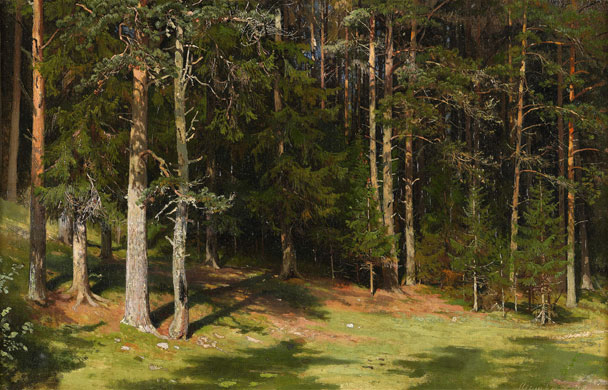 The Clearing, by Ivan Ivanovich Shishkin. Sold by Sotheby’s for £289,000. Picture via the Guardian.

Some commentators pin the blame for the disappointing results less on macroeconomic trends (though no one would deny that it has had a more than dampening effect), and more on the uncompromisingly high valuations attributed to the larger part of the works on sale in the face of market softness. “We’re at an awkward moment where the market doesn’t want to buy at the old prices, and sellers don’t want to accept the new reality,” said London-based art dealer Ivan Samarine, via Bloomberg. “The poor results today were due to very high estimates and the fact that the market is waiting,” said Alexander Tabalov, a collector from Kiev, in another Bloomberg article. “Some potential buyers are waiting for prices to go down.” 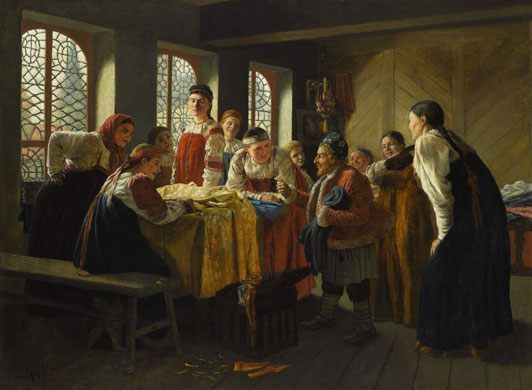 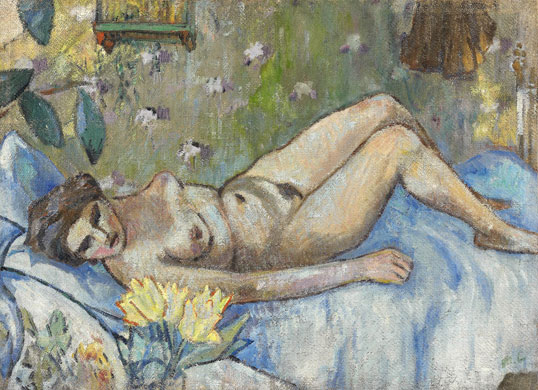 Reclining Nude, by Mikhail Fedorovich Larionov. Sold by Sotheby’s for £1.38million (against estimate of £1.2 million pounds), making it the priciest item at Sotheby’s paintings auction. Picture via the Guardian. 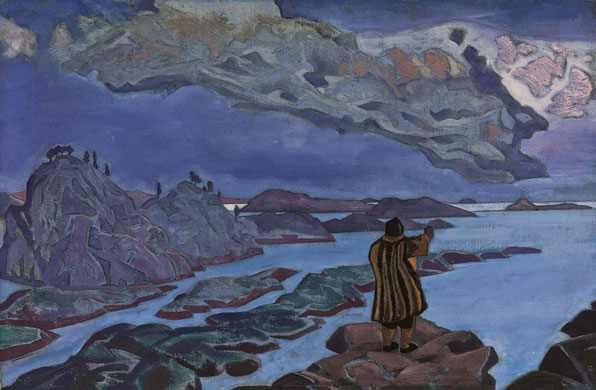 The Command, by Nikolai Konstantinovich Roerich. Picture via the Guardian.

Nevertheless, Sotheby’s sees some reasons to be upbeat about this week’s results. “It is extremely important to remember just how far this market has come in a relatively short space of time – 10 years ago this market did not exist and the growth we have seen has mostly occurred in the past five years,” said Jo Vickery, Senior Director of Sotheby’s and head of its art department.  She continued, “Given the current economic climate we are extremely pleased with the total achieved and have sold almost two thirds of the lots we offered for sale.  We are also very encouraged by the level of activity,  both from the CIS and the rest of world across all four sales, which demonstrates that the Russian Art Market remains healthy. 3 0% of the buyers in the Evening Sale were new to Sotheby’s and came from within the CIS, and in the Imperial and Royal Presents Auction, 21% of the buyers were new to Sotheby’s.” 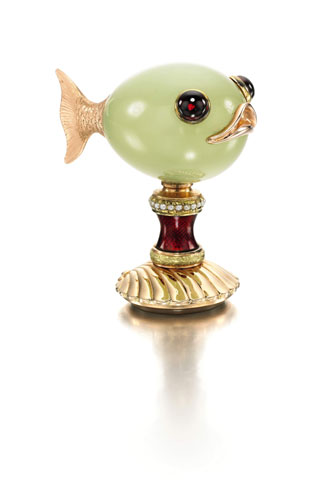 Faberge letter seal, made from three different color golds, enamel, and bowenite. Sold for £109,250. Picture via the Guardian.

This entry was posted on Sunday, November 30th, 2008 at 12:21 am and is filed under Art News. You can follow any responses to this entry through the RSS 2.0 feed. You can leave a response, or trackback from your own site.