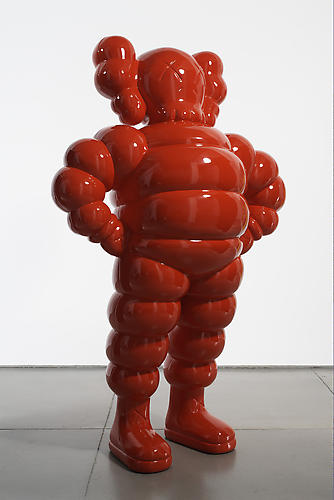 The work of Brooklyn-based artist KAWS, who began his career as a graffiti artist and is now known for channeling modern pop and street culture into his art, is on display at Gering Lopez Gallery, on Manhattan’s East 57th Street. The exhibit features KAWS’ latest sculptures and paintings, including a collection of 33 candy-colored bronze sculptures of the artist’s head. ‘Chum,’ a sculpture, is a characteristically KAWS interpretation of the Michelin Man carved in red fiberglass–the sculpture is also rendered in five other unique colors. Other works on display include large acrylic paintings with bold colors and cartoon-esque forms, including several likenesses of SpongeBob Squarepants, a favorite subject of KAWS and a theme the artist explored earlier this year in an exhibition at Galerie Emmanuel Perrotin, as covered by Art Observed here. 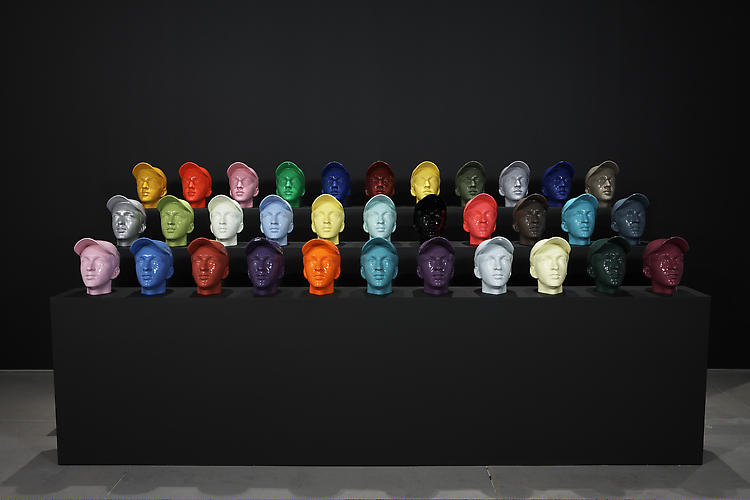 From the exhibition’s press release: “Born in 1974 in New Jersey, KAWS graduated with a BFA from the School of Visual Arts in New York. He has had international solo exhibitions at several galleries including Galerie Emmanuel Perrotin, Miami, FL; Bape Gallery, Tokyo, Japan; Colette, Paris, France; and the MU Art Foundation, Eindhoven, Netherlands. His work has also appeared in many group exhibitions such as Everything Else at Franklin Parrasch Gallery, New York, NY; Ugly Winners at Galerie Du Jour Agnes B., Paris, France; and Beautiful Losers, a traveling exhibition that has been on view at Le Tri Postal, Lille, France; Palazzo Dell’Arte, Milan, Italy; the Orange County Museum of Art, Newport Beach, CA; and the Contemporary Arts Center, Cincinnati, OH, among others. He was the winner of the 1998 Pernod Liquid Art Award and three monographs have been published about his work.” 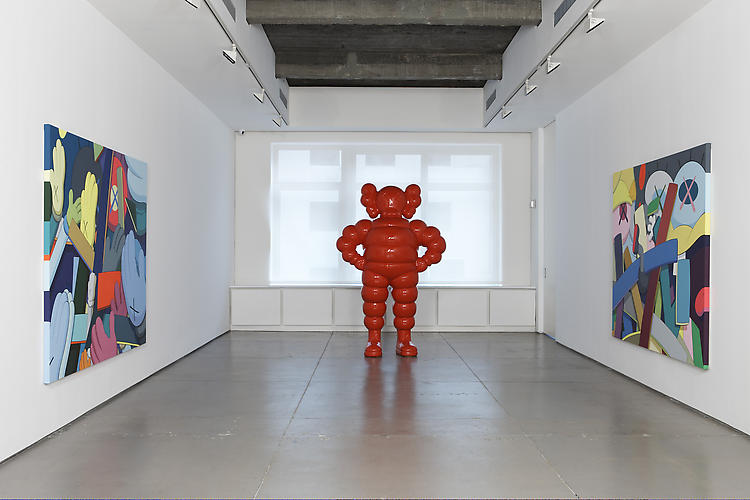 View of ‘Chum’ and two paintings, via Gering Lopez Gallery 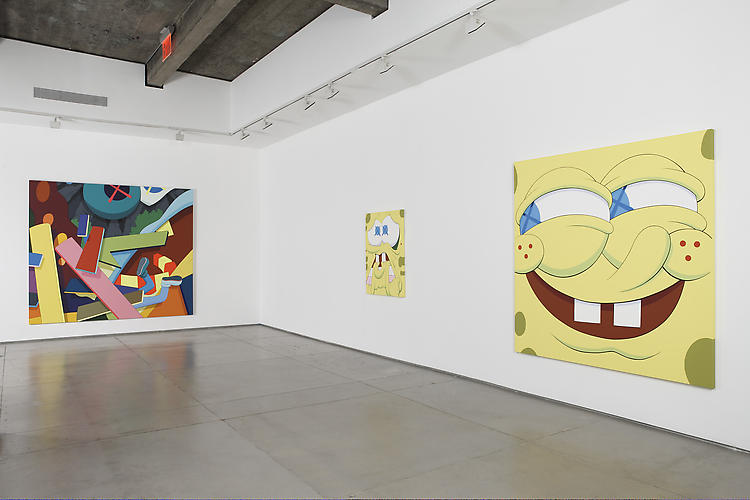 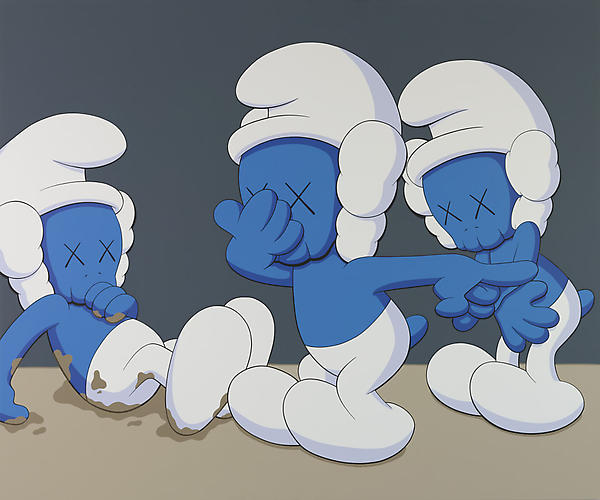 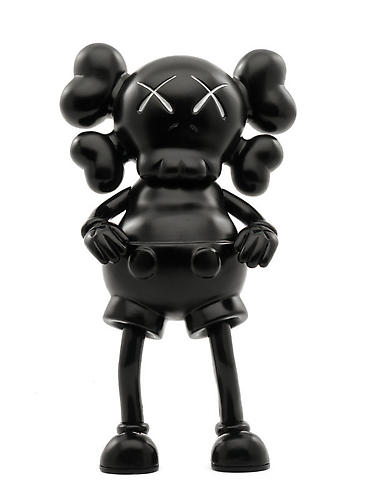 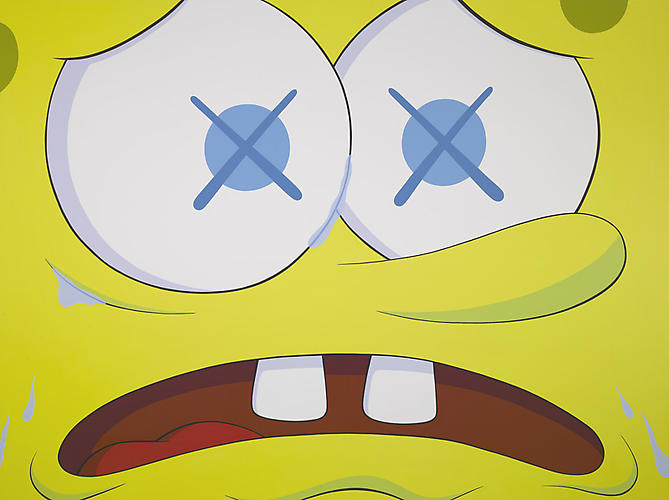 This entry was posted on Thursday, November 13th, 2008 at 1:55 pm and is filed under Go See. You can follow any responses to this entry through the RSS 2.0 feed. You can leave a response, or trackback from your own site.