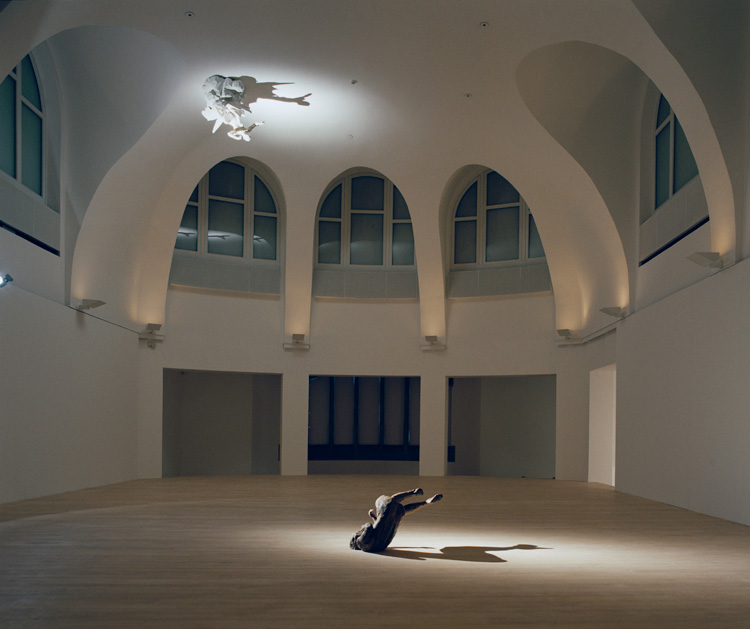 On display now at the Chelsea location of Mary Boone Gallery is a series of recent sculptures by Eric Fischl. The collection of figurative works consist of three life size figural groups and two diametric single figures. The three life size bronze casts are based off of photographs the artist took of Brazilian dance troops and is is typical of Fischl’s work which aims to subtly express the frailness and internal conflict which characterizes humans. Pictured above is Ten Breaths: Tumbling Woman a variation of the artist’s 2001 work Tumbling Woman, a similar bronze sculpture made to commemorate the lives lost on 9/11. The sculpture was displayed at Rockfeller Center for one week in September 2002 before it was removed after public outcry. Many viewers found the piece to be in poor taste as it was a graphic reminder of people falling from the World Trade Center. The variation is on display now at Mary Boone below the figural sculpture Ten Breaths: Falling Angel, a glass cast of an angel mounted on the ceiling of the gallery.

more images and info after the jump… 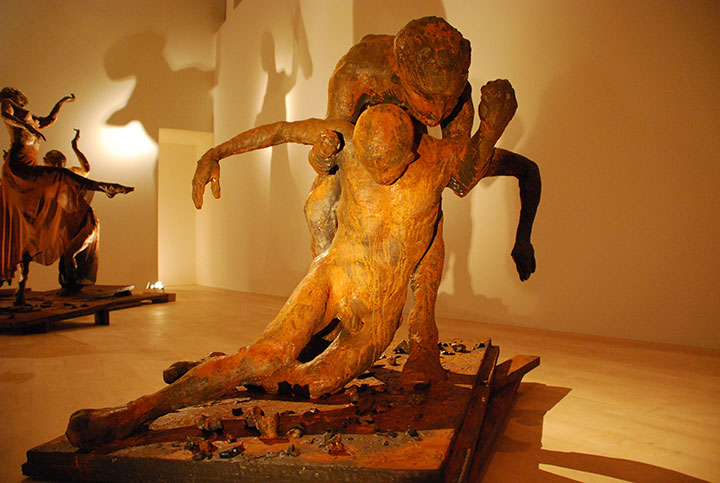 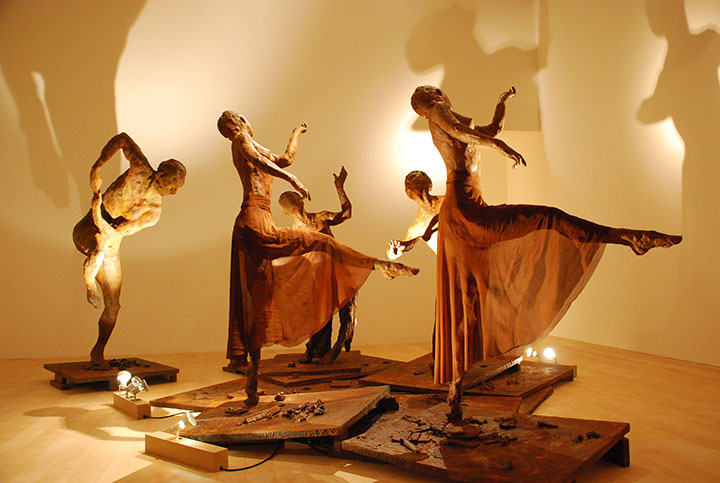 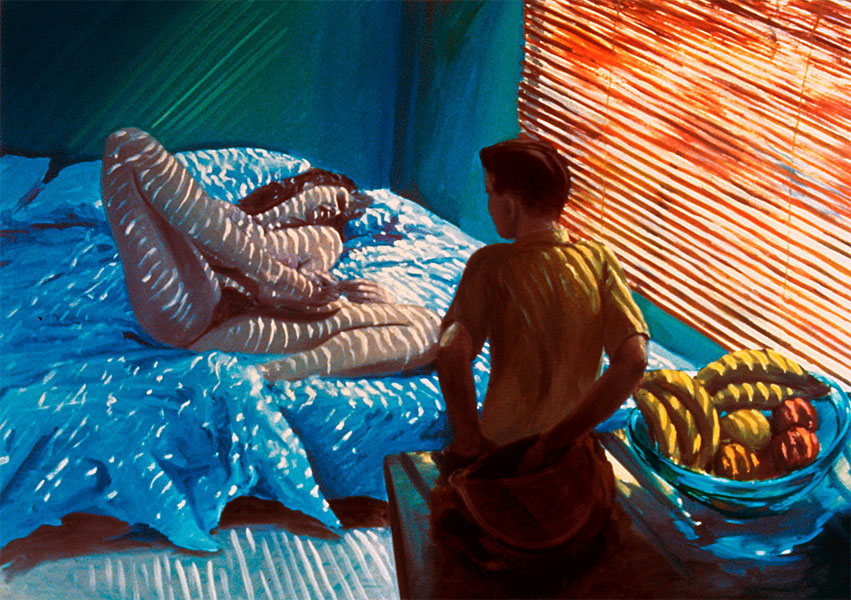 Bad Boy via Eric Fischl (not on display at this show). The artist first became known for his work as a painter. The above painting from 1981 illustrates the themes of adolescent sexuality and voyeurism that has come to define the artist’s early work. Fischl’s work often focuses on suburban life and casts him as an outsider looking in, a role that has caused many to compare the artist’s work to that of Edward Degas who like Fischl had a keen ability to frame moments in time and record the subtle tensions between its characters.

This entry was posted on Saturday, December 6th, 2008 at 3:25 pm and is filed under Go See. You can follow any responses to this entry through the RSS 2.0 feed. You can leave a response, or trackback from your own site.