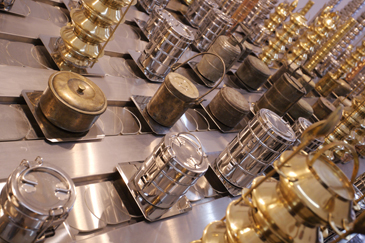 The new survey exhibition “Indian Highway” at London’s Serpentine Gallery reveals an inspiring and passionate array of Indian contemporary artists. The show highlights work done by fifteen artists from all over the country working in a variety of media from painting and photography to installation and performance.  Such a rich range of artwork captures the theme of the exhibition reflecting on India’s rapid economic development and the challenges of balancing the traditional, rural, and the religious with a new industrial society. 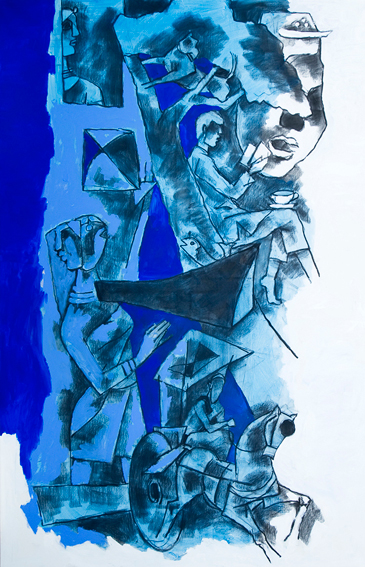 Born in India in 1915, M.F. Husain is the show’s oldest artist often described as the “Picasso of India.”  During the 1970s he caused protests for depicting Hindu gods naked. Thirteen of his paintings brace the glossy black exterior walls of the gallery in a frieze-like rendition featuring everything from epic legends, colonial era soldiers, and even Mother Theresa and Ghandi. 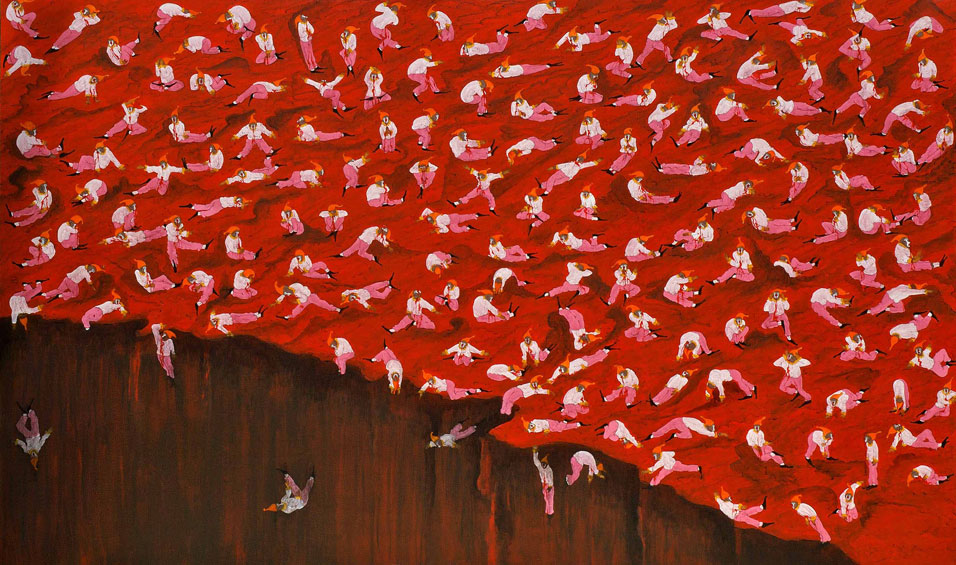 Sobodh Gupta is India’s perhaps best-known contemporary artist whose trademark has become works made out of Indian cooking utensils. However, this time he exhibits a documentary piece depicting a bureaucratic array of dusty files and old scattered papers while a microphone lets out speeches made during the partition between India and Pakistan. 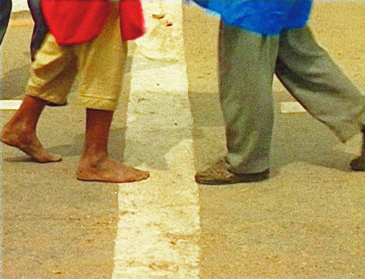 Amar Kanwar, Still from A Season Outside, 1997 via Serpentine Gallery

Amar Kanwar’s work is particularly moving and not just because of the impressive size of his eight-screen immense video-installation, The Lightening, but because the work has real substance. It tells of the plight of women in India referring to events such as the 1947 partition when more than 75,000 women were abducted, abused, and killed. It is a piece that speaks of despair and hope. The work was also in last year’s Documenta exhibition in Germany.

The exhibition is topped off by Delhi-based multi-media artists Racqs Media Collection who create a “show within a show” in the exhibition. They invited documentary filmmakers including Debkamai Ganguly, Ruchir Joshi, Kavita Pai & Hansa Thapliyal, M.R. Rajan, Priya Sen, Surabhi Sharma, and Vip Vijay to add another curatorial dimension to the exhibit. The piece comments on the themes of India’stransformation. “Indian Highway” is at the Serpentine through February 22, 2009. 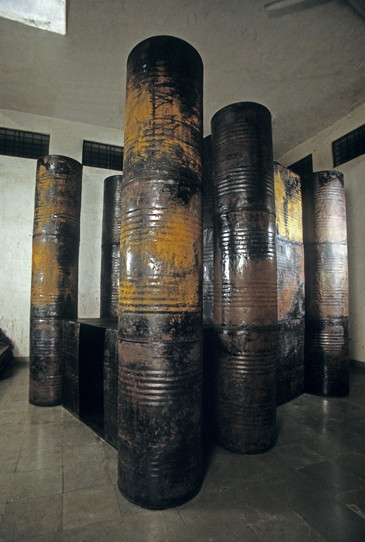 This entry was posted on Friday, December 19th, 2008 at 2:27 pm and is filed under Art News. You can follow any responses to this entry through the RSS 2.0 feed. You can leave a response, or trackback from your own site.

One Response to “Go See: ‘Indian Highway’ at the Serpentine Gallery, London Through February 22, 2009”