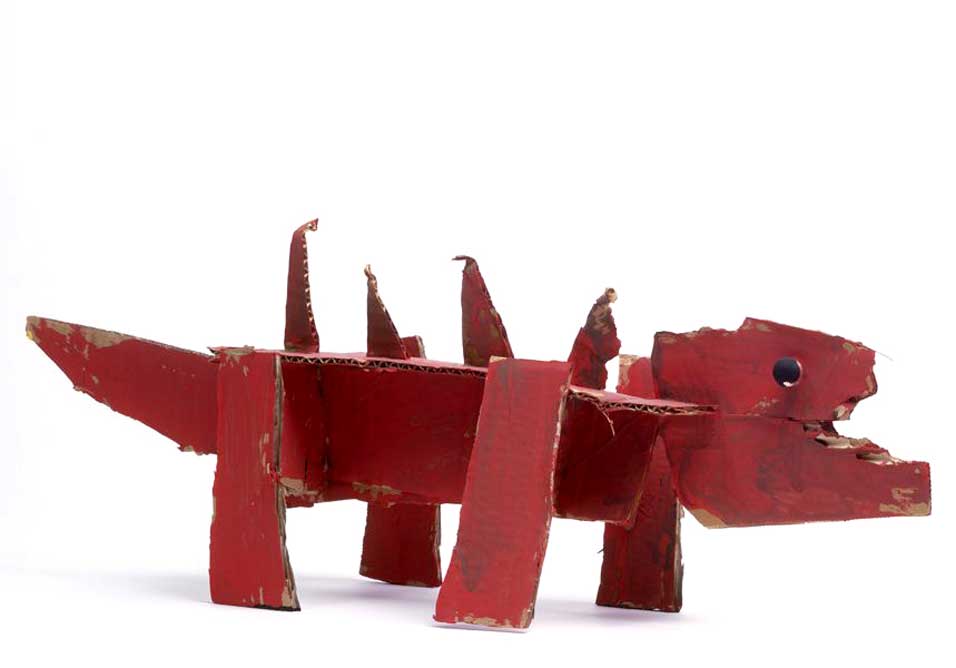 Now at Hanover’s Kestnergesellschaft is an exhibition of the British brothers Jake and Dinos Chapman, two of the most prominent Young British Artists brought to fame by collector Charles Saatchi.  The Chapmans’ often provocative art engages with the themes of humanity’s darker side of violence, war, and immorality.  “Memento Moronika” is a collection of several different groups of works, some of which are rather comical and seemingly naïve.  The sculptures “Hell Sixty-Five Million Years BC” (2004-2005) or “Two Legs Bad, Four Legs Good” (2007), dinosaurs composed of toilet paper rolls, cardboard, and poster paint, conjure up a child’s vision of prehistoric warfare, fall square within the thematics of the artists’ overall oeuvre. The title “Hell Sixty-Five Million Years BC” refers to the Chapman’s earlier work, “Hell,” an installation featuring thousands of miniature Nazi soldiers carrying various atrocities, (“Hell” was, fittingly, destroyed in a fire in 2004). Though the newer work treats the topic more lightly, the Chapmans’ nonetheless are still dealing with issues of humanity’s monstrous capacities. 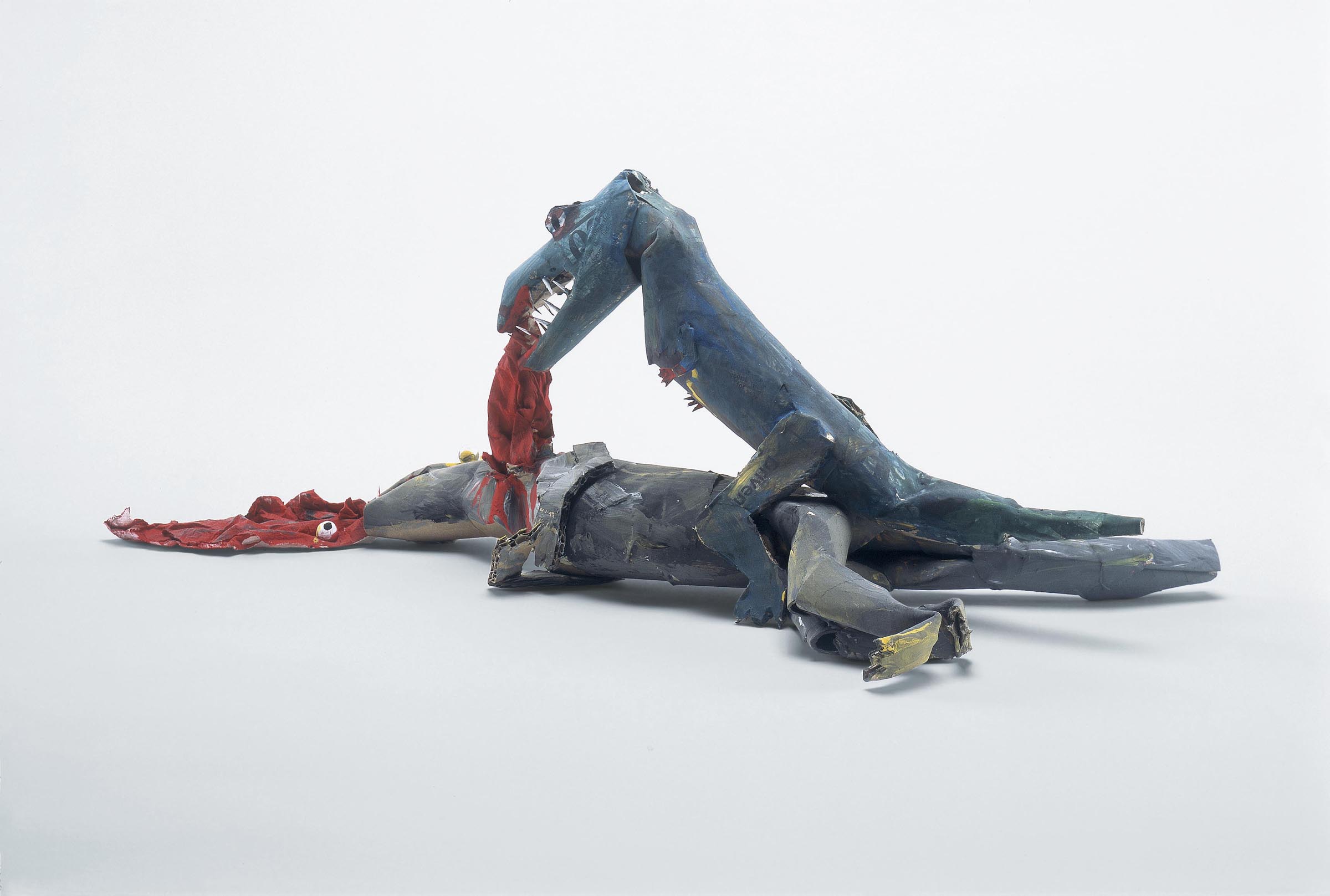 In addition to the sculptural series are the graphic series “Etchasketchathon” (2005) and “If you eat meat digest this II” (2005). “Etchasketchathon” references children’s coloring books, at first cheerily cartoonish but with sinister undertones and references, as in their previous works, to Goya’s Disasters of War. The latter series works more with the excessively violent visual motifs of the Chapmans’ earlier work, using images of tortured animals from some of their previous works. Additionally, there is a series of re-appropriated Victorian portraits titled “One day you’ll no longer be loved,” a continuation of their painting on top of Goya etchings in the 2001 series “Insult to Injury.” 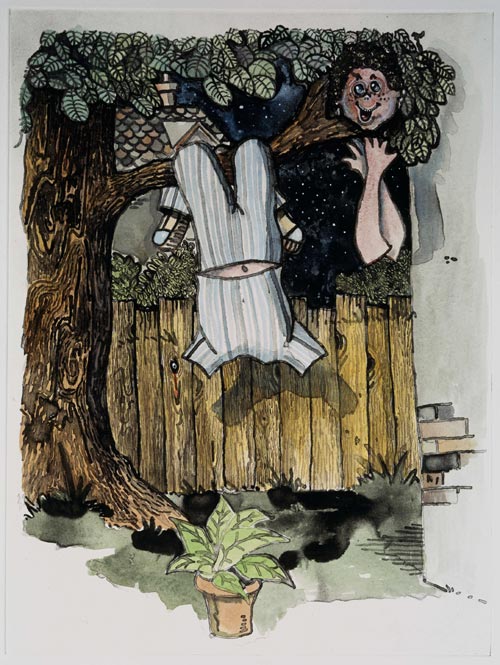 Etchasketchathon I (no. 26) by Jake and Dinos Chapman, via studio international. 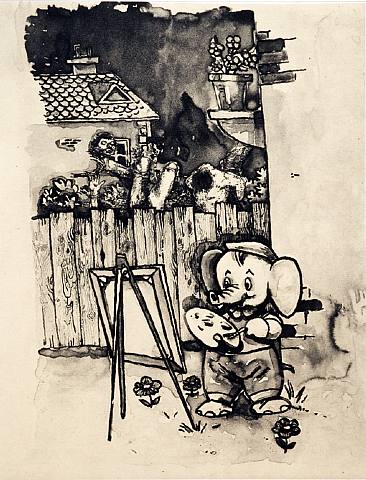 Etchasketchathon by Jake and Dinos Chapman, via artnet. 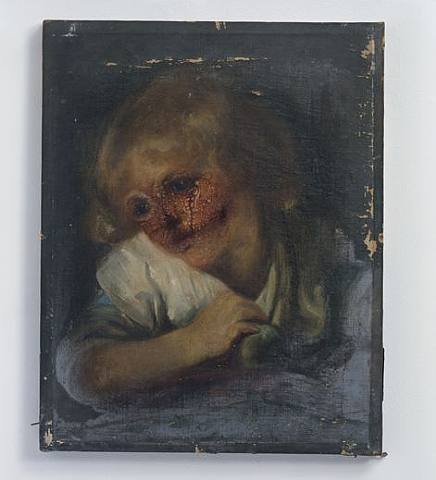 One day you will no longer be loved III by Jake and Dinos Chapman, via artnet.

This entry was posted on Wednesday, December 17th, 2008 at 6:56 pm and is filed under Go See. You can follow any responses to this entry through the RSS 2.0 feed. You can leave a response, or trackback from your own site.