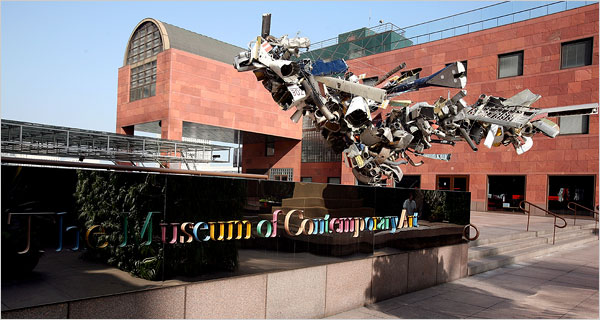 Museum of Contemporary Art in Los Angeles, via NY Times

The Museum of Contemporary Art has been beset by financial troubles that threaten its sustainability. The museum went through all $20 million of its unrestricted funds several years ago, and its endowment, which stood at around $40 million at the beginning of the decade, is now at $6 million, a number which compromises the covenants upon which it was established. Its financial cushion has been further eroded by the financial crisis and a decrease in donations. MOCA, founded in 1979, is considered to be one of the world’s premier contemporary art museums, and is now on the brink of insolvency. 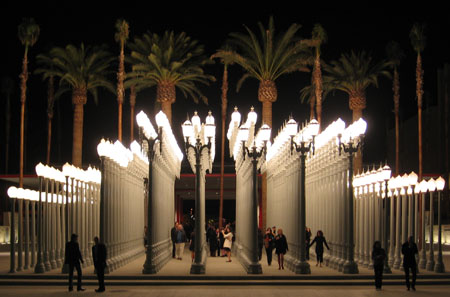 Last week the museum reported that it was considering two options for a financial rescue. One is a merger with Los Angeles County Museum of Art, which would combine the facilities and infrastructure of the two museums. The second is an offer from philanthropist Eli Broad for $15 million for the museum’s endowment if the museum raises matching funds, and an additional $15 million over five years to finance operations costs. Broad paid for the $56 million Broad Contemporary Art Museum that opened in February under the aegis of LACMA.

The NY Times reports that MOCA is on the verge of accepting Mr. Broad’s offer. The museum issued a statement last Tuesday expressing gratitude to the Broad Art Foundation, saying, “The MOCA Board of Trustees is considering options that are best for the museum’s long term health, including its permanent collection and its exhibition and education programs. We recognize MOCA’s importance to the city of Los Angeles and the art world.”

Los Angeles Mayor Antonio Villaraigosa urged on Thursday for the museum’s trustees to allow a 30-day public review and to uphold its lease clause to remain a “museum of ‘world class’ stature.’ MOCA officials also denied that Director Jeremy Strick had resigned, amidst rumors to the contrary.

This entry was posted on Monday, December 22nd, 2008 at 3:35 pm and is filed under Art News. You can follow any responses to this entry through the RSS 2.0 feed. You can leave a response, or trackback from your own site.