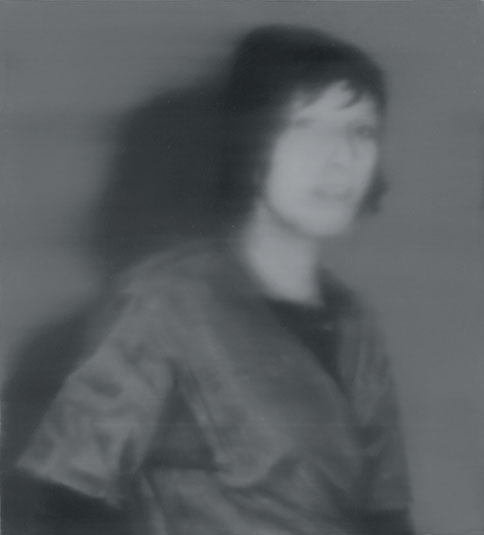 Confrontation 1 (1988) by Gerhard Richter, via Tate

Gerhard Richter, 76, one of the most prominent living painters, will have his work shown at the National Portrait Gallery in London, marking the first time the artist has had a single show covering his entire oeuvre.  Gerhard Richter Portraits will feature 35 works by the painter, known for producing photo-realistic paintings, traced from slides, photographic prints, magazine cut outs, and other sources.  Richter has recently had exhibitions at London’s Serpentine (as covered by AO here) and a retrospective in Edinburgh (as covered by AO here.) Richter is also especially known for his portraits, a famous example being his portrayal of the Kennedy assassination and of Jacqueline Kennedy following her husband’s death.  Richter’s work stands in stark contrast to that of Andy Warhol, his contemporary, who often glamorized his portrait subjects–Richter’s work focused on moments of quiet reflection, and his subjects have at times been the recent victim of some sort of tragedy, as with the Kennedys.

Curated by Paul Moorhouse, the exhibit covers the period from the 1960s to the present, and includes a work that has not been previously exhibited. Additionally, a special installation of Richter’s acclaimed 48 Portraits, a series of portraits of important historical figures which increased the artist’s fame after it was displayed at the 1972 Venice Biennale.

This entry was posted on Friday, December 19th, 2008 at 2:08 pm and is filed under Art News. You can follow any responses to this entry through the RSS 2.0 feed. You can leave a response, or trackback from your own site.