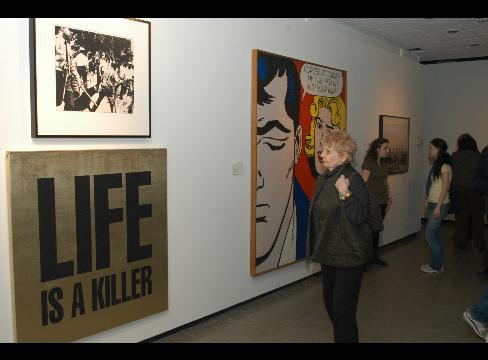 Several major Brandeis University donors and trustees suffered substantial losses when Bernard Madoff’s Ponzi scheme was exposed, leaving the university in a very precarious financial position.  Facing a potential $79 million deficit, according to an official interviewed at the Daily Beast, the university is facing some rather stark choices: closing the Rose Museum and selling the entire collection at a fire sale price, or potentially firing up to half of its faculty.

More detail on the story after the jump… 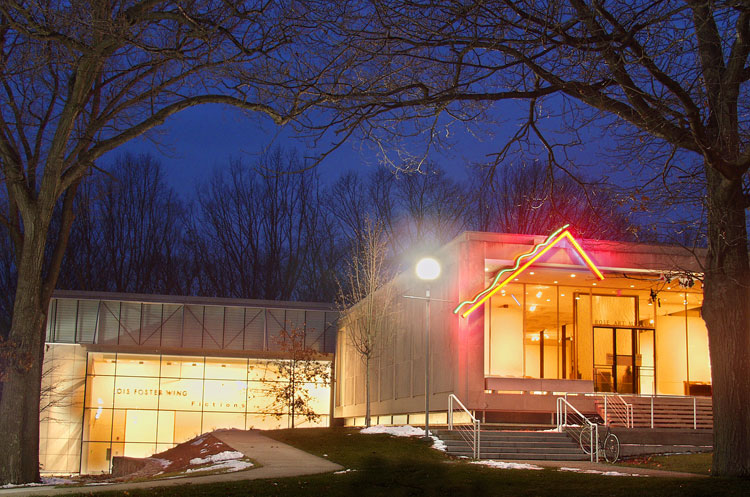 Entrance to the Rose Art Museum. Image via ARTINFO.

The Rose Museum owns one of the foremost collections of postwar and contemporary art in New England, and is a major regional museum. Works by Richard Serra, Roy Lichtenstein, Willem de Kooning, Pablo Picasso, Jasper Johns, Cindy Sherman, and other luminaries hang on its walls, accumulated over more than 45 years mostly through donations, gifts, and bequests.  However, many benefactors whose largesse was formerly enjoyed by the university and its museum were some of the most prominent victims of the Madoff scheme, including Carl and Ruth Shapiro, who lost more than $400 million of their personal fortune.  The Shapiros were major Boston-area philanthropists, with Brandeis and the Rose Museum being their most cherished beneficiaries.

The Museum is scheduled to close in late summer 2009, and the entire 7,200-piece strong collection, valued at $350 million in 2007,  is expected to be liquidated by an unnamed “major art dealer” before the Rose shuts its doors. The decision to close the museum was made unilaterally by the board of trustees, and has provoked angry reactions from all corners of the art world, as well as Brandeis alumni, students (who have created a Facebook group), faculty, and the director of the Rose Museum, who was not made aware of the decision until after it was made. David Alan Robertson, president of the Association of College and University Museums and Galleries, told the New York Times that it was by far the largest closing of an academic museum in his memory, and that he fears “that this opens a floodgate” for other universities to follow.

A view of the Rose Art Museum’s interior. Image via WSJ

In the university’s defense, the COO revealed in an interview with the Daily Beast that Brandeis lost 20% on its endowment and is facing a $79 million shortfall if it doesn’t take drastic steps–either the Museum is shut down and the collection sold off, or 40% of the university’s buildings are shut down, staff is reduced by an additional 30%, and 200 of its 360 faculty members are fired.  However, many critics still consider the sale of such a large, important collection during a down market to be unconscionable, and argue that the university is not doing enough to pursue other alternatives. Additionally, the university’s trustees may be in violation of donor restrictions and may have to ask permission from living donors and potentially the families of deceased donors.

These legal obstacles, as well as widespread protest and uproar over the decision, will present significant hurdles for the university to meet its goal in the timeframe it expects.

This entry was posted on Saturday, January 31st, 2009 at 5:33 pm and is filed under Art News. You can follow any responses to this entry through the RSS 2.0 feed. You can leave a response, or trackback from your own site.