Go See: Bruce Nauman’s ‘Diamond Mind Circle of Tears Fallen All Around Me’ at Peter Freeman, New York, through February 21, 2009

Diamond Mind Circle of Tears Fallen All Around Me via Peter Freeman.

Peter Freeman presents for the first time in the United States Bruce Nauman’s 1970’s installation Diamond Mind Circle of Tears Fallen All Around Me. The piece was first displayed at the Konrad Fischer Gallery in Düsseldorf, Germany in 1975 and then at the S.M.A.K in Gent, Belgium in 1992. The work, which is intended to explore the visual discernment of the viewer, consists of six sandstone blocks distributed in a rhomboid shape.  The presentation of the cubes creates a sense that the room itself is slightly aslant forcing the viewer to take a closer look at the work and its surrounding expanse. The installation is one in a series of seven the artist created in the 1970’s consisting of rhomboid cubes aimed at examining human perception. On display as well are the large drawings that served as Nauman’s blueprint for the work. 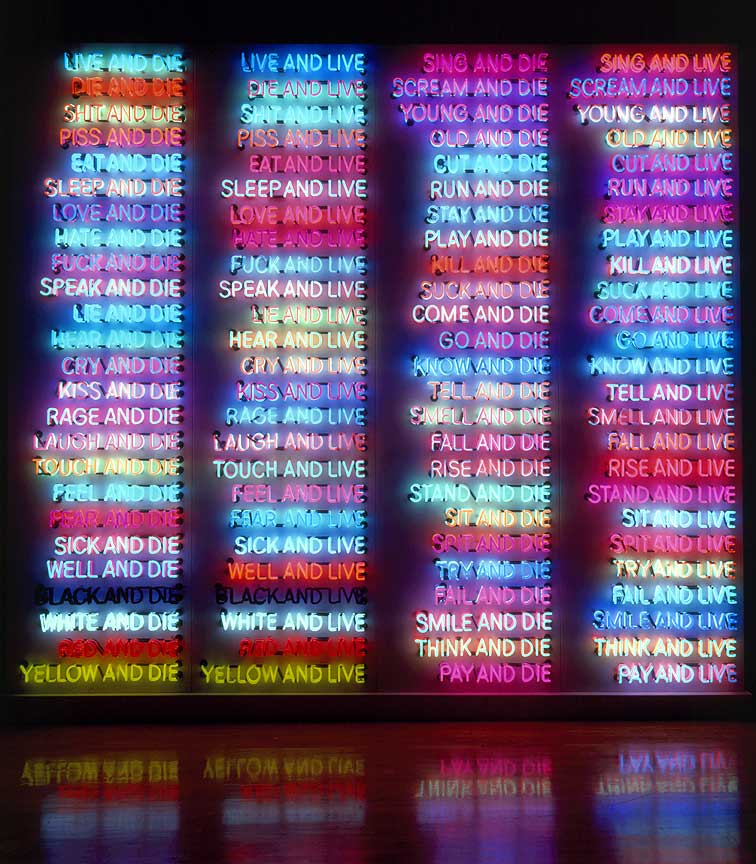 Bruce Nauman’s 1984 work One Hundred Live and Die via PBS. The artist is known in particular for his work in neon which often serves to illustrate Nauman’s interest in the subtleties and limitations of language. 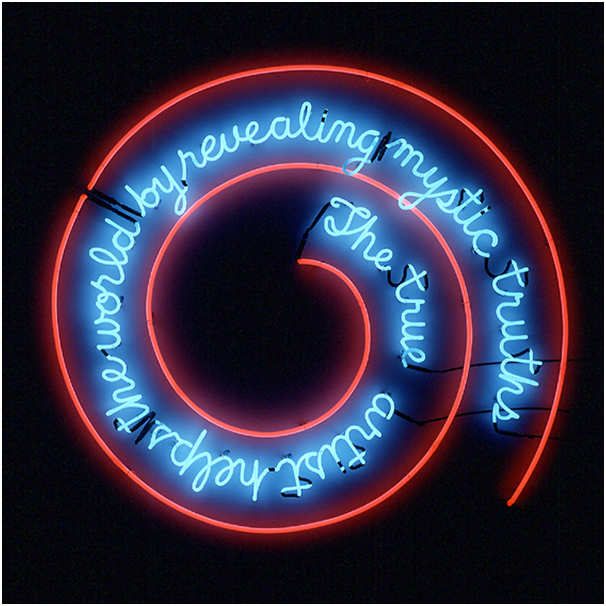 Bruce Nauman’s The True Artist Helps the World by Revealing Mystic Truths via Saatchi Gallery. The above 1976 piece emphasizes Nauman’s preoccupation with examining the role of the artist as an interperter and commentator.

This entry was posted on Sunday, January 25th, 2009 at 10:28 am and is filed under Go See. You can follow any responses to this entry through the RSS 2.0 feed. You can leave a response, or trackback from your own site.

2 Responses to “Go See: Bruce Nauman’s ‘Diamond Mind Circle of Tears Fallen All Around Me’ at Peter Freeman, New York, through February 21, 2009”