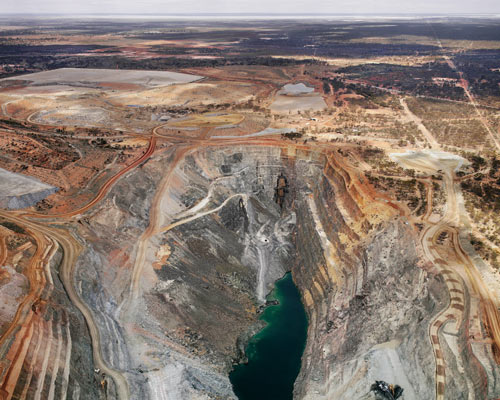 Nature transformed through industry is a predominant theme in Burtynsky’s work. “I set course to intersect with a contemporary view of the great ages of man; from stone, to minerals, oil, transportation, silicon, and so on. To make these ideas visible I search for subjects that are rich in detail and scale yet open in their meaning,” he says. Burtynsky has explored China’s Three Gorges Dam Project, Italy’s marble quarries, and the open-pit copper mining procedures in Western Australia that appear in these photographs. 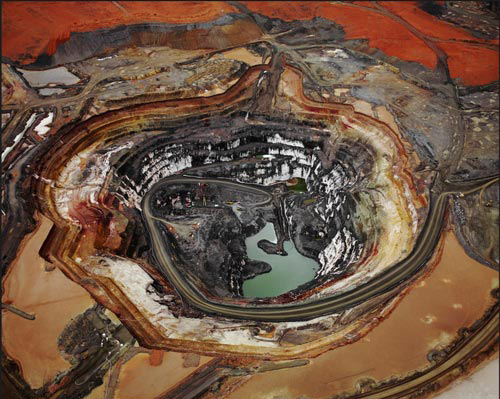 Most of Burtynsky’s photographs were taken from the air during low-level chopper flights.  In order to take shots from such a level, he had to use regular film rather than large format. The details of the minescapes are still there but are smaller and more distant defamiliarizing the landscape. Rich blankets of color show the deep contours of colossal mining pits while back roads lead to similar pits and red brown soil mounds near salt lakes. 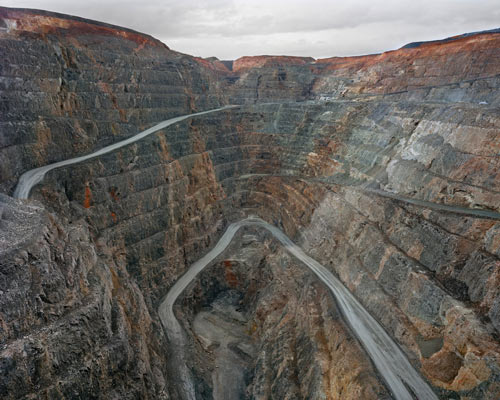 Edward Burtynsky was born of Ukrainian heritage in 1955 in St. Catherines, Ontario. He studied at the Ryerson Polytechnic Institute where he graduated from the Photographic Arts and Media Studies Program with a Bachelor in Applied Arts and Niagra College where he received a diploma in graphic arts. His photographs are found in over fifty museums, many corporate collections, and books. 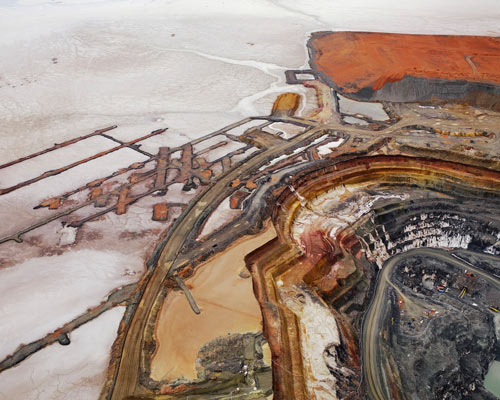 This entry was posted on Friday, January 23rd, 2009 at 4:48 pm and is filed under Go See. You can follow any responses to this entry through the RSS 2.0 feed. You can leave a response, or trackback from your own site.