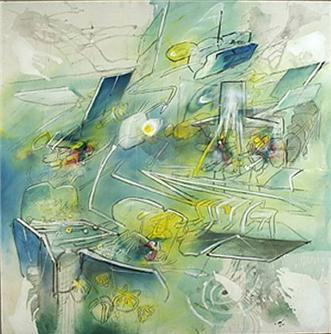 Untitled (1967) by Roberto Matta, via LatinAmericanart.com

Matta: Five Decades of Painting features work from the collections of Federico Matta and Ramuntcho Matta at the PaceWildenstein Gallery in New York City. It is the first major exhibition of the work of Chilean-artist Matta (Real name: Roberto Sebastian Antonio Matta Echaurren) in New York since his retrospective at the Museum of Modern Art in 1957. The show is comprised of around fifteen oil paintings from the collections of Matta’s daughter Federica and son Ramuntcho. The works span fifty years of Matta’s career but are heavily weighted toward the end of his life. They nevertheless show Matta’s engagement with the Surrealist Movement. 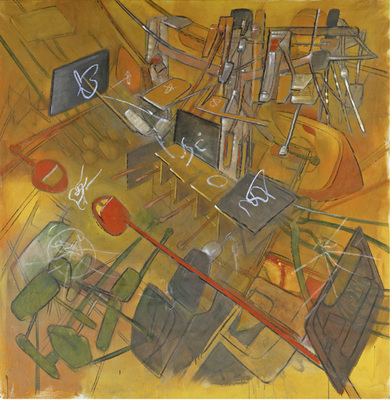 In 1937 Matta was invited by Andre Breton to join the Surrealist Movement. However, he pushed beyond the Surrealist’s obsession with Freud to create an art that was more introspective. As Matta said himself, “The function of art is to unveil the enormous economic, cultural, and emotional forces that materially interact in our lives and that constitute the real space in which we live.” His vibrant and socially charged rendition of surrealism greatly influenced later artists in the field of Abstract Expressionism. 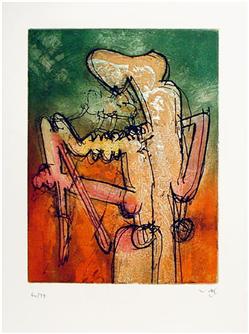 Allusion (1967) by Roberto Matta, via LatinAmericanart.com

Matta was born in Santiago, Chile in 1911. He obtained a degree in architecture from the Universidad Catolica of Santiago in 1932. Matta was an apprentice under Le Corbusier and worked on such projects as the proposal for the Ville Radieuse. After Andre Breton invited Matta to join the Surrealists circle in 1937, he participated in the International Exhibition of Surrealism the next year. In 1939 he left Paris for New York where his biomorphic paintings greatly influenced the New York School. After a break with the Surrealists, he moved to Rome in 1948 where he lived until 1955. For the rest of his life he resided in Paris, London, and Tarquinia while at the same time maintaining close ties with Latin America. Notable retrospectives of Matta’s work include at the Museum of Modern Art in New York, the Institute of Contemporary Art in Boston, the Centre Pompidou in Paris, and the Museo Nacional Centro de Arte Reina Sofia in Madrid. 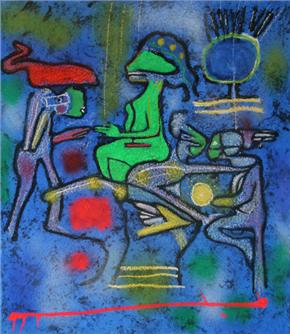 This entry was posted on Wednesday, February 25th, 2009 at 4:55 pm and is filed under Go See. You can follow any responses to this entry through the RSS 2.0 feed. You can leave a response, or trackback from your own site.