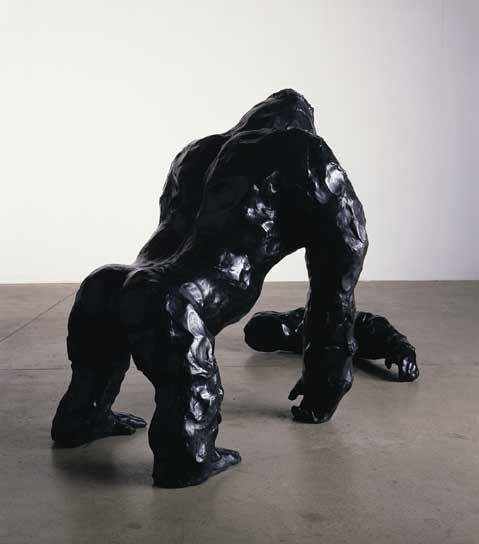 Angus Fairhurst was one of the orignianl “YBA’s” or Young British Artists, whom some feel was overshadowed perhaps by his peers Damien Hirst, Tracey Emin, et al.  Fairhurst attended Goldsmiths College at the same time as Hirst and participated in the seminal exhibition Freeze in 1988, which brought the soon to be labeled YBAs to the attention of London collector Charles Saatchi and the art world at large.  Notably, Fairhurst organized a similar show of student work six months earlier, which served as a precursor to Freeze.  Since that initial burst of attention, Fairhurst exhibited internationally, including a well received group show in 2004 at the Tate Gallery with Hirst and long-time collaborator (and former girlfriend) Sarah Lucas. Working with a range of media and styles, Fairhurst’s work has been difficult to categorize – except perhaps by his idiosyncratic preoccupation with gorillas. 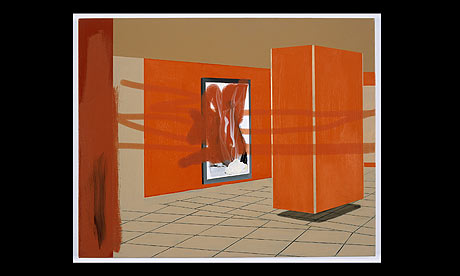 ‘Gree’ by Angus Fairhurst, via The Guardian 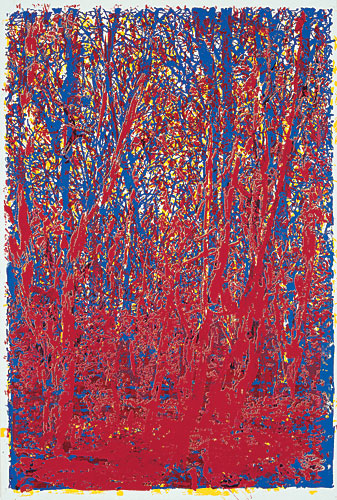 The retrospective at Arnolfini in Bristol originated as a project Fairhurst was working on, but grew into its current manifestation following Fairhurst’s suicide in March of last year, at the age of 41. The exhibition aims to highlight Fairhurst’s development over his career, most specifically the lack of cohesion that embodies his oeuvre. Fairhurst’s paintings, performances, videos, sculptures, music, and collages all point to a man unwilling or unable to narrow himself to a definition. But that is not to say there is no circuity to his work.  Earlier ideas, previously set aside, prodigally find their way back in.

The retrospective cannot avoid the specter of Fairhurst’s suicide, if only because his work is infused with darkness, death, and self-effacement. One of his latest paintings, ‘Schopfun,’ features what appears to be a human figure, with all but the hair obliterated, leaving an empty space to peer through to the background. And even a somewhat comic, lighthearted sculpture of a gorilla, ‘A Couple of Differences Between Thinking and Feeling II,’ shows the gorilla almost ridiculously contemplating its severed arm on the ground. 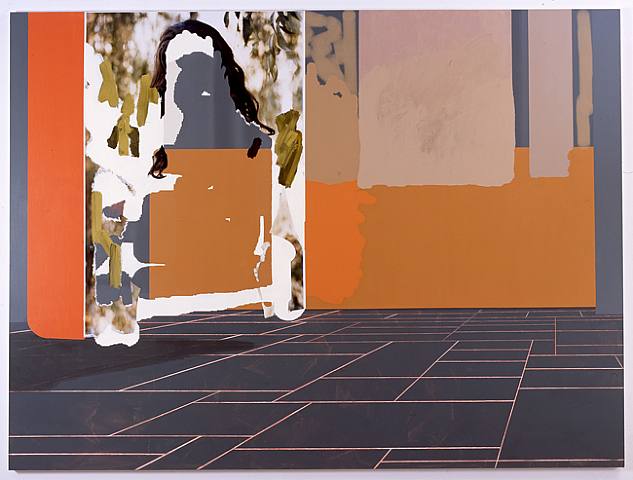 This entry was posted on Thursday, February 26th, 2009 at 7:40 pm and is filed under Go See. You can follow any responses to this entry through the RSS 2.0 feed. You can leave a response, or trackback from your own site.