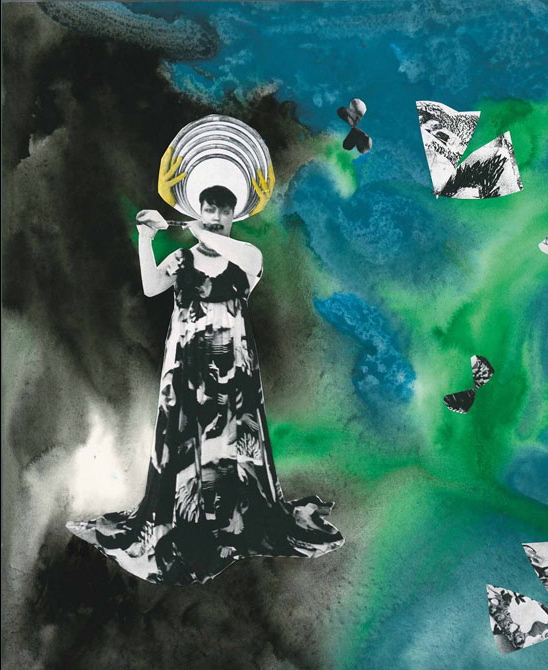 This week the Tate Modern has unveiled its 2009 Triennial, Altermodern. The museum’s fourth Triennial highlights fewer British artists than previous exhibitions and has instead aimed its efforts at highlighting a new movement in art. The exhibition is curated by Nicolas Bourriaud who defined the “Relational Esthetics” art movement and is now using the Tate’s Triennial as a showcase for his most recently conceived movement: Altermodernism. The exhibition which comes with a manifesto in tow declares foremost that Postmodernism is dead.  In its place is a new movement defined by ever-increasing globalization and the heightened communication, travel and migration that is the result.  As Bourriaud explains “If early Modernism is characterised as a broadly Western cultural phenomenon, and Postmodernism was shaped by multiculturalism, origins and identity, Altermodern is expressed in the language of global culture.” In short today’s artists are now starting from a globalized state of culture where the origins of  any one person have become increasingly similar to the origins of any other given person.

Altermodern is a swarm of drawings, sculptures, videos, photographs, slide shows, installations, soundtracks, documentaries, and performances. Many works included are several mediums at once as the pieces tend to be a collage of related matter as opposed to a single defined piece; reflecting the idea of Altermodern as complex fusion of ideas and influences. The artists producing these pieces are mostly thirty-somethings that live or work in Britain, though keeping with the globalized theme of the show a  notable number are identified as ‘passers-by.’ Along with up and coming artists such as Tris Vonna-Michell and Ruth Ewan the exhibit includes some bigger names who have been shortlisted for the Turner Prize including Bill Nelson and Darren Almond. 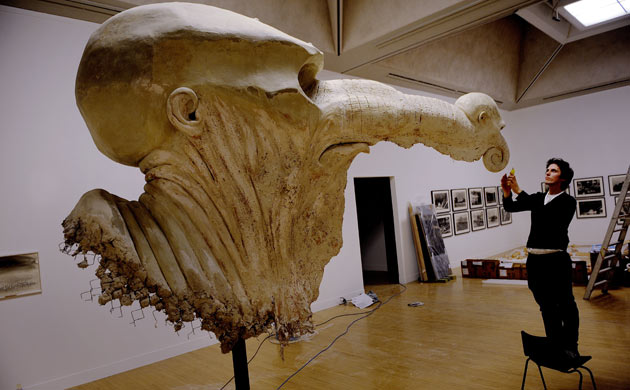 Artist Charles Avery putting the finishing touches on Aleph Null Head before the opening of the 2009 Tate Triennial : Altermodern, via Guardian. Avery’s piece like all those within his catalogue of work take place in imaginary island the artist has constructed. 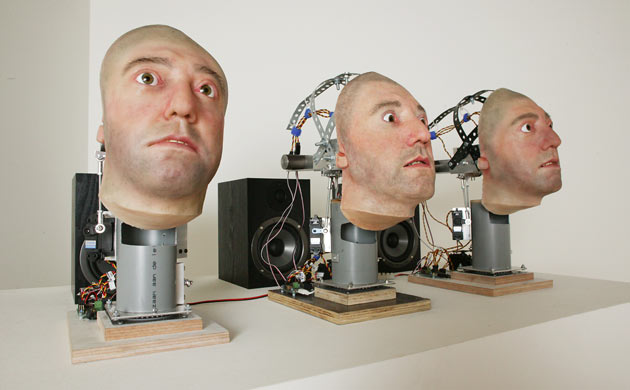 Giantbum by Nathaniel Mellors via Guardian. 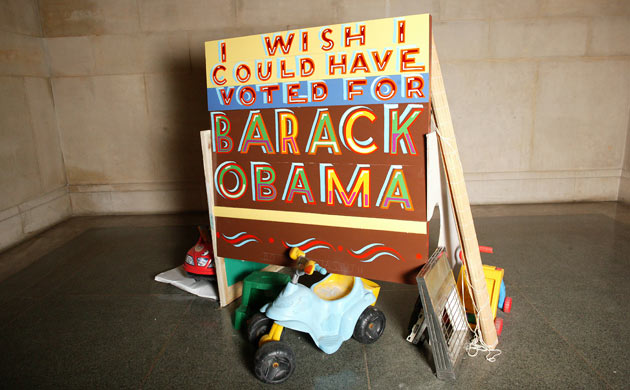 Off Voice Fly Tip by Bob and Roberta Smith via Guardian. 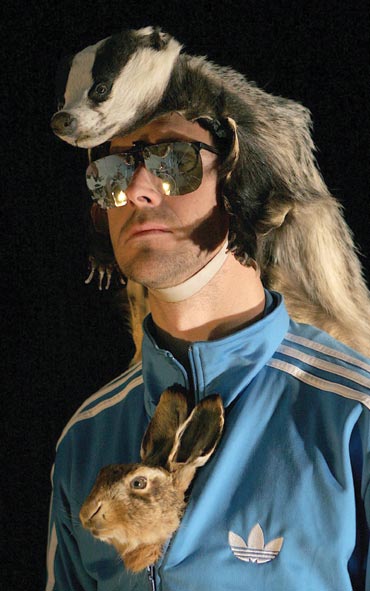 Firebird by Marcus Coates via Art Newspaper. Coates performance piece included in the triennial brings together a shamanic spirit and an Israeli mayor and endeavors to demonstrate how the ‘new’ artist of the Altermodernist movement draws on a vast collective of global ideas and realities in order to assemble their art. 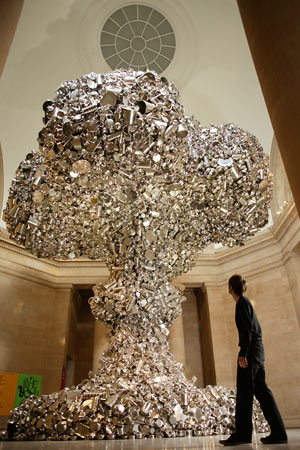 Indian artist Subodh Gupta’s Line of Control via Guardian. The name of the piece refers to Kashmir- the contested border between India, Pakistan, and China. The work imagines the possibility of a nuclear exchange, the resulting mushroom cloud of the atomic blast created from everyday household items such as kitchen utensils.

This entry was posted on Friday, February 6th, 2009 at 2:52 pm and is filed under Art News, Go See. You can follow any responses to this entry through the RSS 2.0 feed. You can leave a response, or trackback from your own site.

One Response to “Go See: Tate Triennial ‘Altermodern’ at the Tate Modern, London, through April 26, 2009”