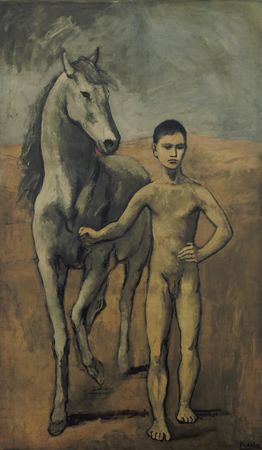 Guggenheim and MoMA keep two works by Picasso after settlement with heirs alleging works were sold under Nazi duress [Bloomberg]
The austerity of Christie’s and Sotheby’s during leaner times in the art market [NYimes]
In related, how major London galleries are cutting staff and shuttering spaces [TheArtNewspaper] 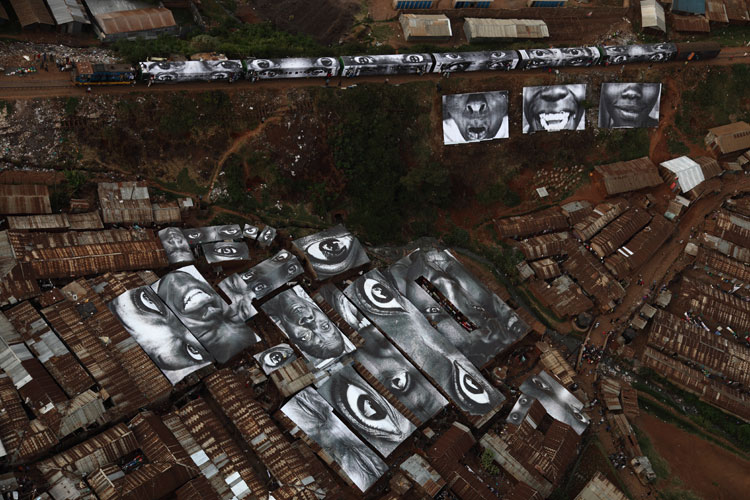 Street artist JR wheatpastes his art on 2,000 square meters of rooftops and railcars in a Kenyan slum [WoosterCollective]
On the practice of hypothecating fine art as collateral for loans [Financial Times] 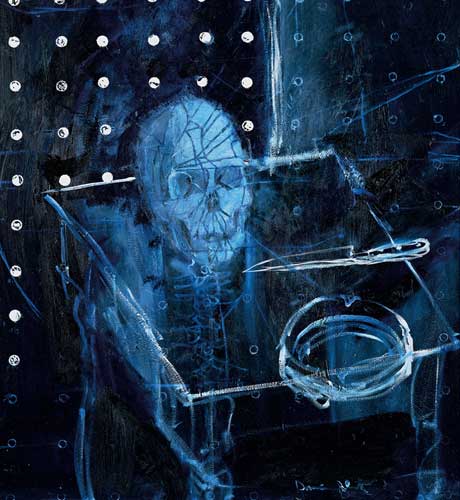 Damien Hirst’s “Human skull in space” (oil on canvas), cover art for the 150th anniversary edition of Charles Darwin’s On the Origin of Species – via the The GuardianUK

Damien Hirst does cover design for the 150 year anniversary of Charles Darwin’s On the Origin of Species [GuardianUK]
The rise of Nicola Vassell, from gallerina to Director at Deitch Projects in New York [NYTimes] 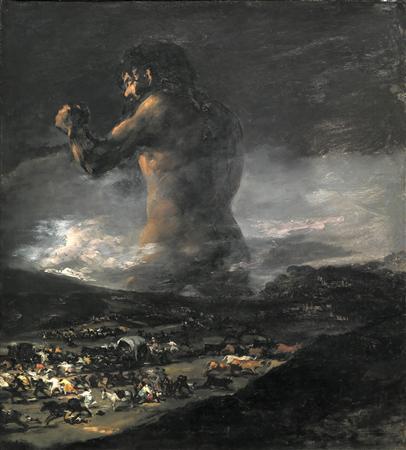 The Colossus, historically attributed to Goya, via Reuters

Chief conservator of the Prado announces that their Colossus was probably created by Goya’s apprentice [Reuters]
The Dallas Museum of Art is in acquisition mode [Artdaily]
A profile of artist Walton Ford, creator of dramatic naturalist canvases [NewYorker via C-Monster]

This entry was posted on Wednesday, February 4th, 2009 at 1:17 am and is filed under Newslinks. You can follow any responses to this entry through the RSS 2.0 feed. You can leave a response, or trackback from your own site.