A tapestry replica of Picasso’s famous 1937 anti-war painting Guernica will be exhibited at the Whitechapel in London.  Commissioned by Norman Rockefeller, the tapestry is currently displayed at the United Nations Headquarters in New York outside the Security Council Chamber. It is now arriving at the Whitechapel as part of Polish-born London artist Goshka Macuga’s installation that will feature the tapestry for a reopening of the Whitechapel after a ₤13.5 million re-development. The refurbishment of the gallery is by Belgian architects Robbrecht & Daem and Yaya nominee Witherford Watson Mann. 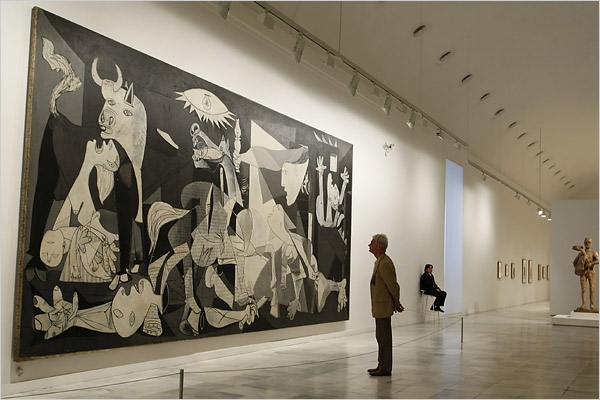 Visitor viewing Picasso’s Guernica at the Reina Sofia, via The New York Times

Former US Vice President and art collector, Norman Rockefeller is said to have had a strong attachment to the painting since he had been president of New York’s Museum of Modern Art in 1939, the year Picasso sent the work there. The painting remained in New York until it was transferred to Madrid in 1981 where it is now. The original painting was made in 1937 after the bombing of the Basque town. Guernica has come to symbolize the destruction of war. 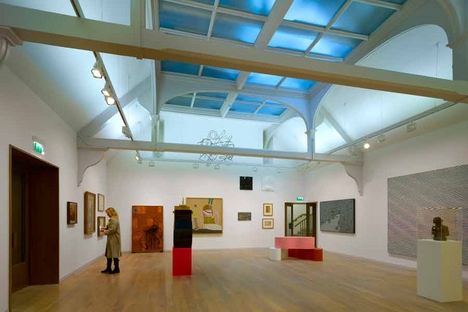 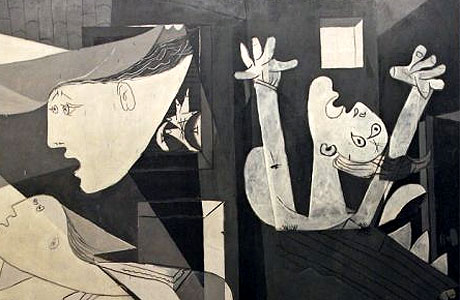 Detail of Picasso’s Guernica, via The Guardian

This entry was posted on Monday, March 30th, 2009 at 8:44 pm and is filed under Art News. You can follow any responses to this entry through the RSS 2.0 feed. You can leave a response, or trackback from your own site.