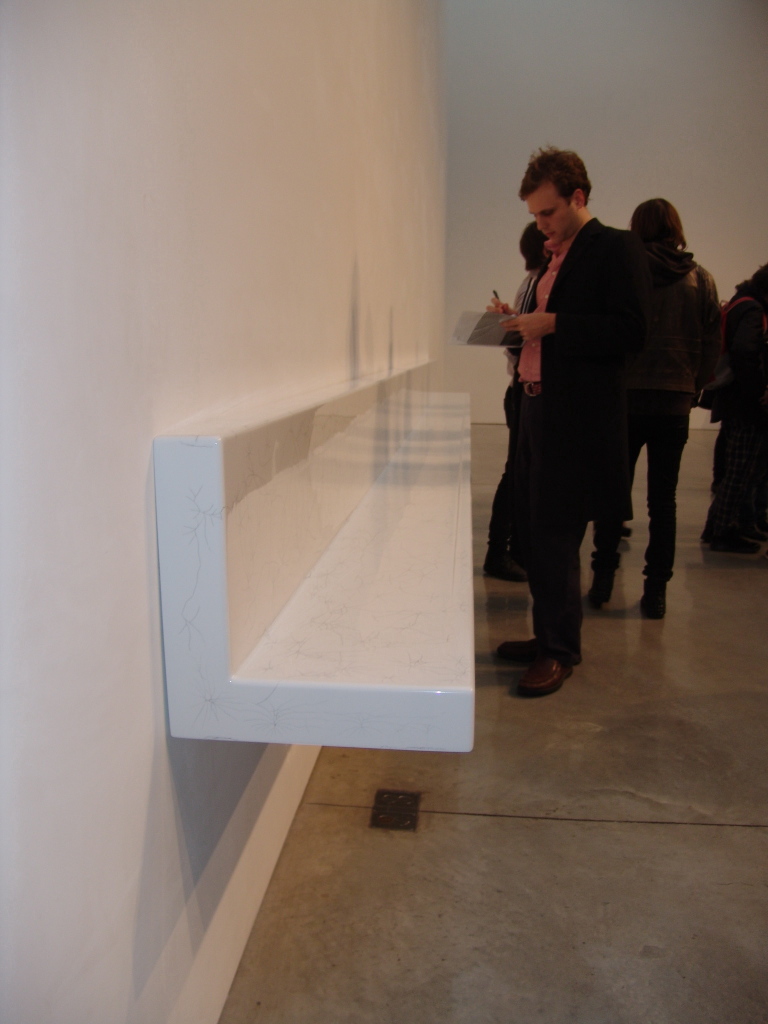 Terence Koh’s ‘Untitled (Urinal)’ on the opening night of ‘KKK,’ photo by ArtObserved

On Saturday, April 4, ‘Koons-Kelley-Koh,’ or ‘KKK,’ curated by LA-Berlin dealer Javier Peres opened at Mary Boone Gallery. The theme of the exhibition is rather loose. In the press release Peres wrote, ‘My purpose in assembling this exhibition was not to emphasize a curatorial message as such, but rather – quite simply – to put three of my favorite American artists side by side. No tricks, no gimmicks, no bullshit, just sculptures representative of each artist’s practice. I hope you enjoy looking.’ The show includes two sculptures by each artist. It does not feature any of Jeff Koons’s recent signature large-scale sculptures, with all but one of the works on the relatively small side. There is, however, a 24-foot-long piece by Terence Koh, a smashed-up urinal glued back together. 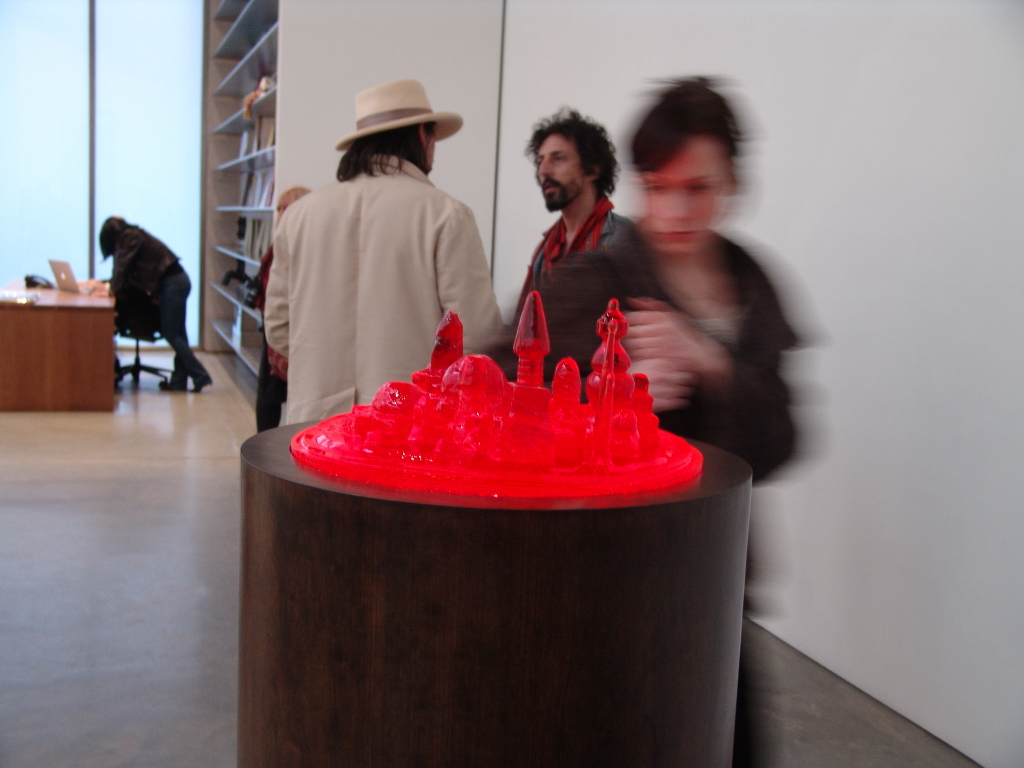 A visitor looks at a piece by Mike Kelley opening night, photo by ArtObserved

The exhibition is rather minimalist, both curatorially and aesthetically. Mike Kelley’s underlit renderings of imaginary cities are quite stark in comparison to many of his installations, and Koh’s pieces feature little of his typical masturbatory exuberance. However, the opening reception provided contrast, with notables such as Dash Snow (and young daughter) and Yvonne Force Villareal set against the afterparty at Chelsea leather bar Eagle, with buff, grungy tattooed dancers provided even more of a spectacle. 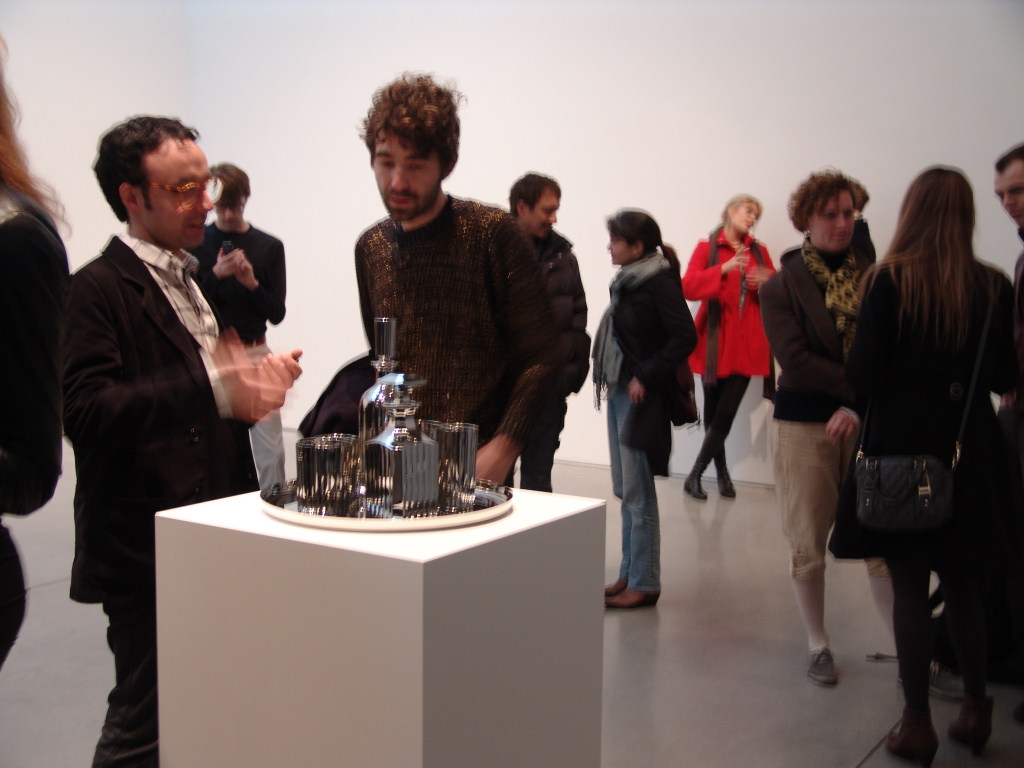 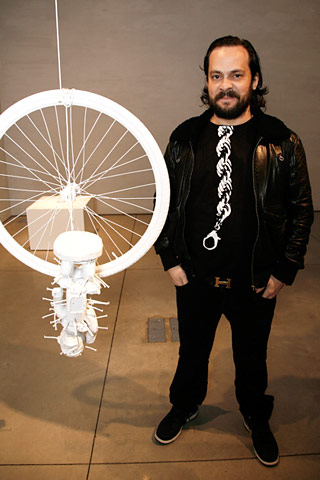 Javier Peres at the opening of ‘KKK’ via Style.com

‘KKK’ runs through May 16, 2009 at Mary Boone Gallery’s Chelsea location in New York. 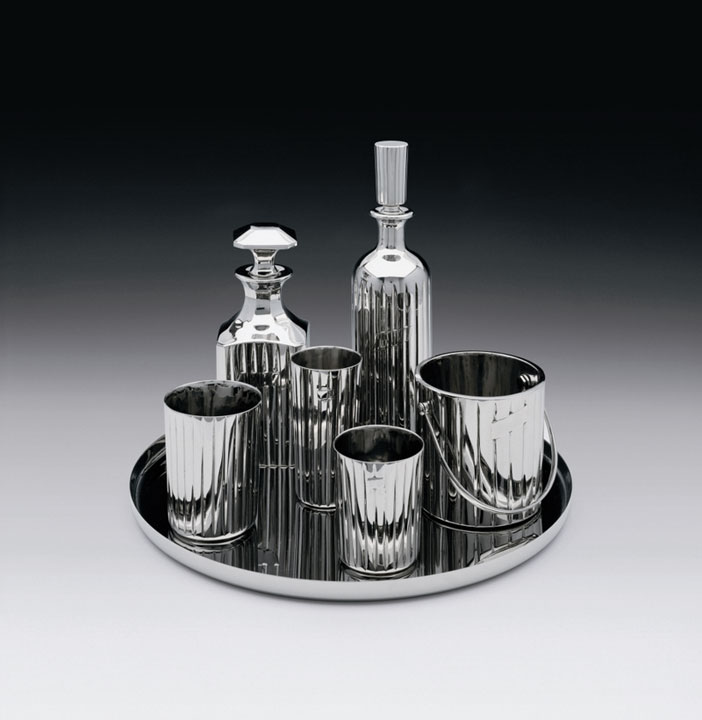 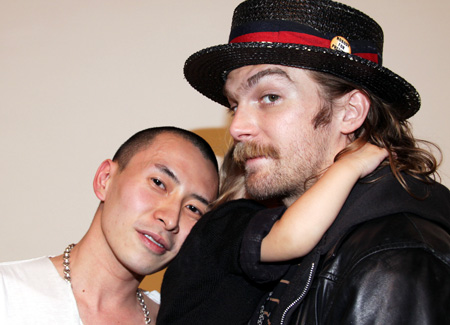 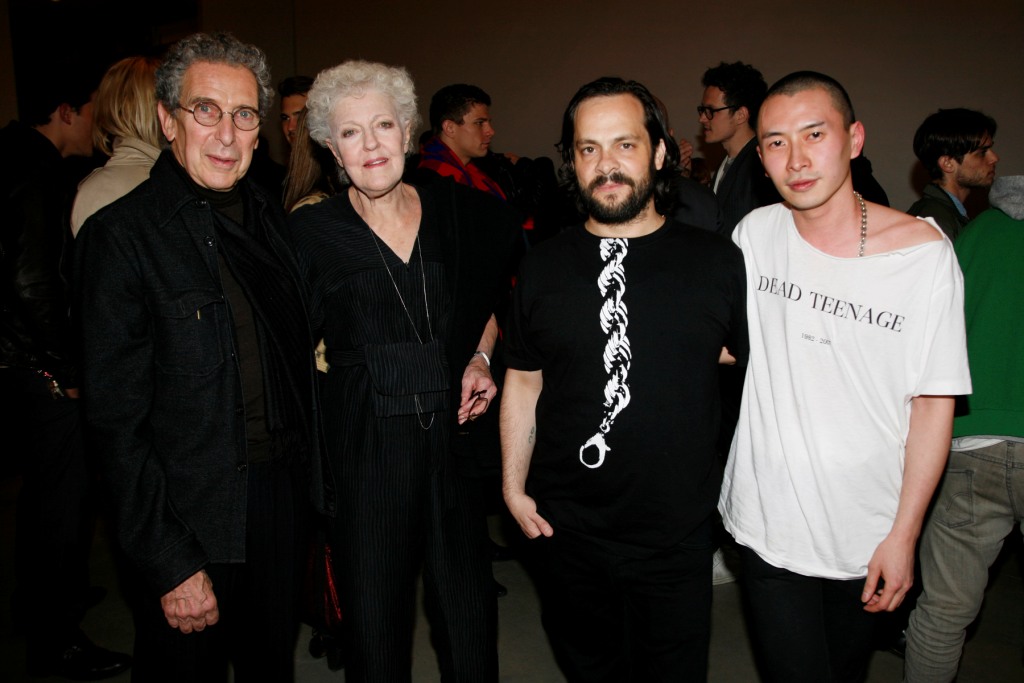 Klaus Kertess, Cristophe de Menil, Javier Peres, and Terence Koh at the opening of ‘KKK’ via Guest of a Guest 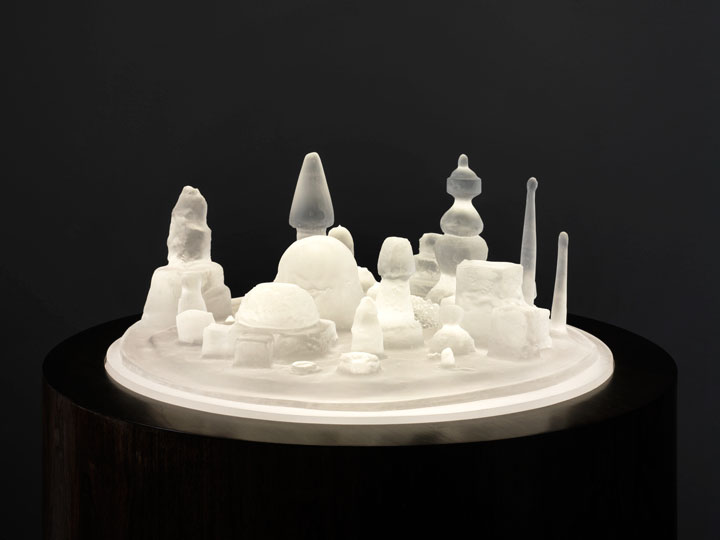 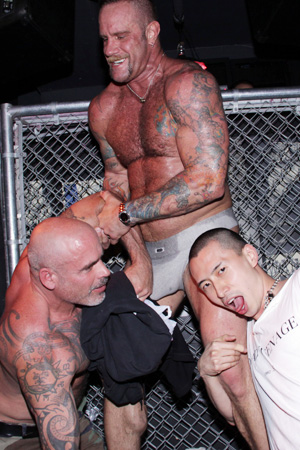 Terence Koh and dancers at the Eagle afterparty via PaperMag 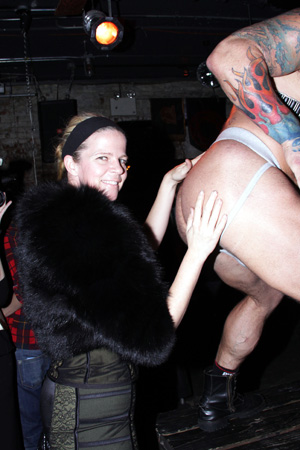 Yvonne Force Villareal at the Eagle afterparty via PaperMag 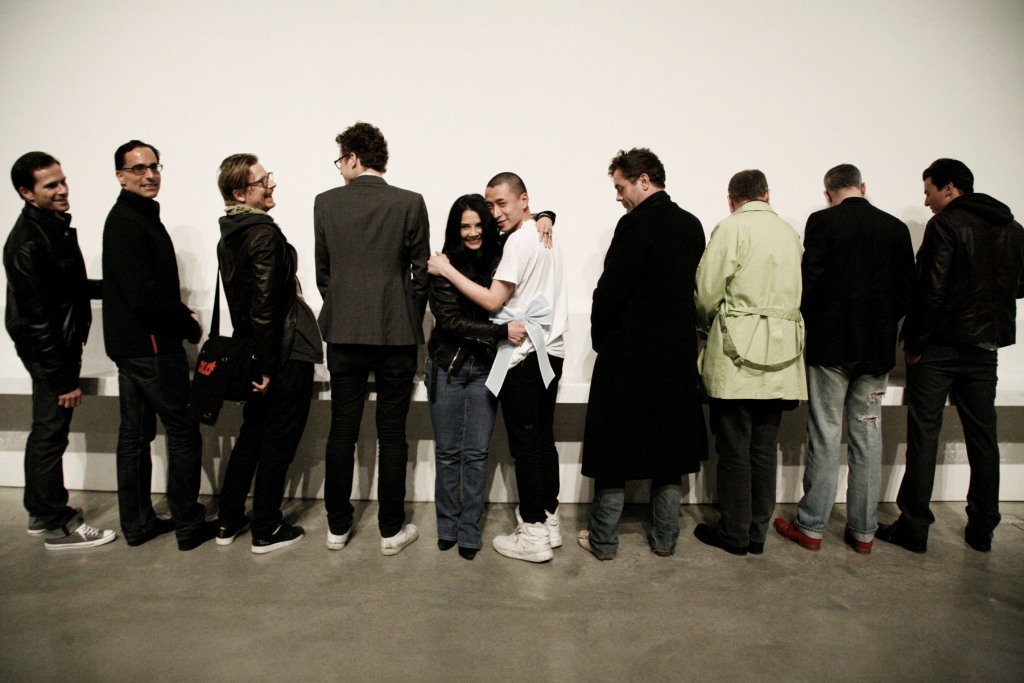 Mary Boone, Terence Koh, and guests try out Koh’s urinal, via Guest of a Guest 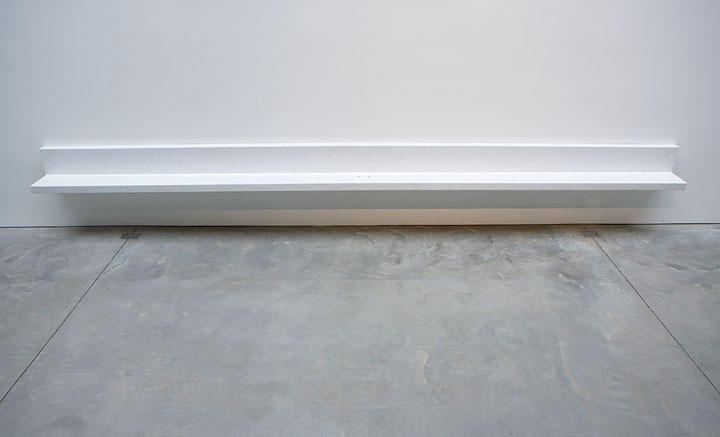 This entry was posted on Friday, April 10th, 2009 at 1:17 pm and is filed under AO On Site. You can follow any responses to this entry through the RSS 2.0 feed. You can leave a response, or trackback from your own site.