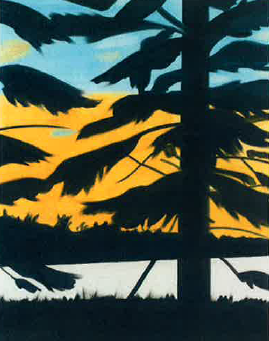 Currently showing at Pace Wildenstein Gallery in New York is a new series of ten large-scale paintings on linen and canvas by Alex Katz. The ten landscape paintings captured at twilight and sunset reveal the artist’s continual influence from nature.

Katz studied plein air painting at the Skowhegan School for Painting and Sculpture in Maine during the summer following his graduation from The Cooper Union in 1949.  It was the landscape of northern New England which captivated his artistic sentiment drawing him back each summer to the coast of Maine.  In his new works,  Katz captures the Maine light, “which is richer and darker than the light of the Impressionist paintings that helped me separate myself from European painting and find my own eyes,” the artist once explained. The delicate and soft Maine light which he depicts is often found at dusk when the sun is below the horizon. 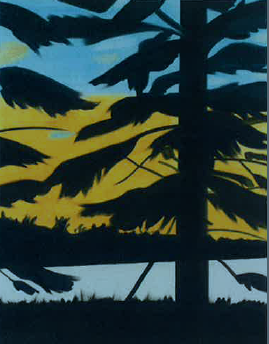 The Maine light is a recurring them in Katz’s work. He portrays the light patterns during different cycles of the day and seasons of the year through a series of instaneous moments. The artist paints directly from life and gives such brief moments permanence on the canvas. “For some of the twilight paintings I remember sitting all day waiting for the interval around 8:45pm. I’d put down the coffee and paint for just those fifteen minutes. Later I’d try to figure out what I’d done, and on what basis do another, and a third, and a fourth,” Katz recalls. 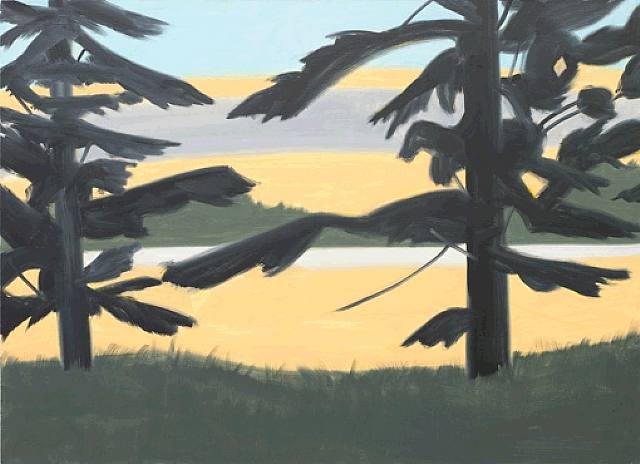 “Fifteen Minutes” coincides with “Alex Katz: Reflections” at the Museo delle Arti di Catanzaro, Calabria, Italy on view through September 27, 2009 and with “Alex Katz: an American Way of Seeing” at the Sara Hilden Art Museum in Tampere, Finland, on view through May 30, 2009. Later this month, Katz will be honore with The Medal Award from the Museum of Fine Arts, Boston and will thus be among the first 150 members inducted into The Cooper Union Alumni Hall of Fame. “Alex Katz: Fifteen Minutes” will be on view at 545 West 22nd Street from April 24th through June 13, 2009. The artist will be present at the opening reception on Thursday, April 23rd from 6-8pm. 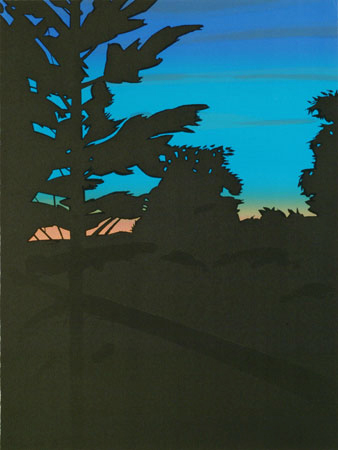 This entry was posted on Thursday, April 23rd, 2009 at 8:54 pm and is filed under Go See. You can follow any responses to this entry through the RSS 2.0 feed. You can leave a response, or trackback from your own site.