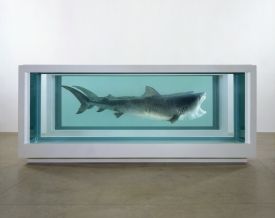 Requiem, a major retrospective of over 100 works by Damien Hirst dating from 1990 to 2009, is currently showing at the PinchukArtCentre in Kiev, Ukraine. The show brings together many of Hirst’s most renowned works which range from early iconic sculptures such as A Thousand Years (1990) to more recent works such as the monumental butterfly triptch Doorways to the Kingdom of Heaven (2007) and the famous Death Explained (2007), a sculpture of a shark cut in half and placed into formaldehyde. 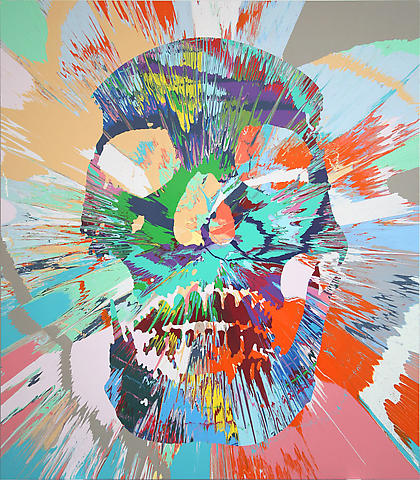 “Art’s about invention and we are all desperately trying to invent a better future, and to learn from the past,” said Hirst in conversation with Eckhard Schneider, the General Manager of the PinchukArtCentre. Over the last two decades Damien Hirst has produced work which questions the meaning of existence and mankind’s inevitable death. His art explores beauty and decay, beginning and end making him one of the most conceptually challenging contemporary artists. 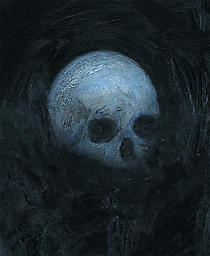 The retrospective emphasizes a new direction for Hirst and shows for the first time a series of skull paintings he created between 2006 and 2008. In these works he returns to the solitary practice of painting and confrontts the darkness of human nature. 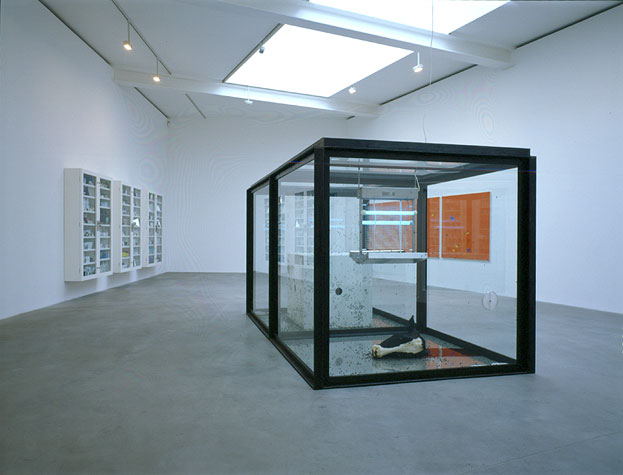 A Thousand Years (1990), via Gagosian Gallery

According to Victor Pinchuk, “This exhibition is of great significance but what is most important for me is that the opportunity to see Hirst’s new body of work occurs first in Kyiv. Damien’s exhibition in Kyiv symbolizes the reciprocal and mutually beneficial relationship between contemporary Ukrainian culture and that of the rest of the world. They share a common ground.”

Requiem was curated by Eckhard Schneider and developed in close cooperation with Damien Hirst and Victor Pinchuk. Such an important retrospective emphasizes Ukraine’s continual cultural development and devotion to the arts. 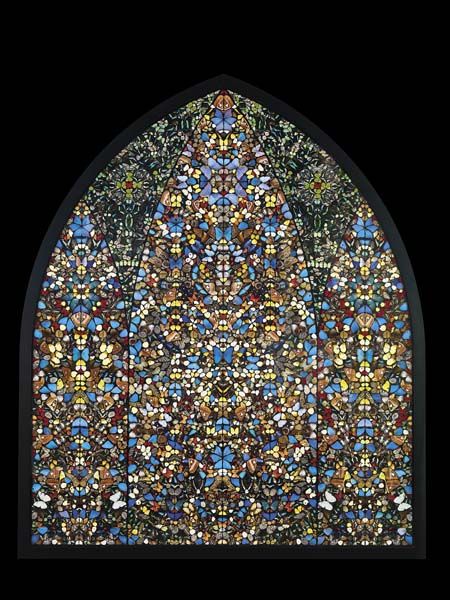 The Importance of Elsewhere- The Kingdom of Heaven (2006) by Damien Hirst, via Phillips de Pury

This entry was posted on Monday, April 27th, 2009 at 9:55 pm and is filed under Go See. You can follow any responses to this entry through the RSS 2.0 feed. You can leave a response, or trackback from your own site.