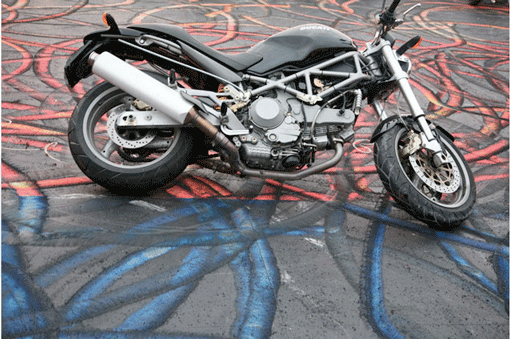 On the first floor of Galerie Almine Rech in Paris is Aaron Young’s first solo exhibition in France, ‘Introducing Aaron Young.’ The show brings together a number of Young’s signature works. The young New York-based artist is most well-known for his September 2007 performance of ‘Greeting Card’ original video of which was taken by Art Observed and can be seen here. For that show, Young hired professional motorcyclists to skid around and “burnout” over painted wooden panels in the Park Avenue Armory, inviting hundreds of art world notables to see the show. The event was derided by some as thin spectacle, embodying the Gilded Age decadence seen before the financial crisis but it’s resonance in the media was strong.  According to Roberta Smith of the NY Times, some spectators called the result ‘the world’s largest Brice Marden painting.’ A diptych of panels from one of Young’s motorcycle performance is included in ‘Introducing Aaron Young.’ 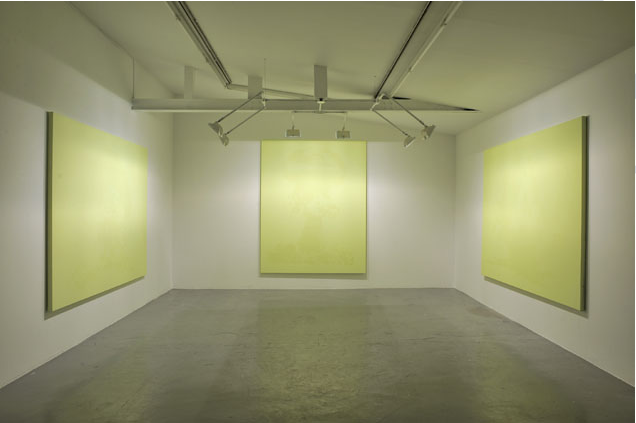 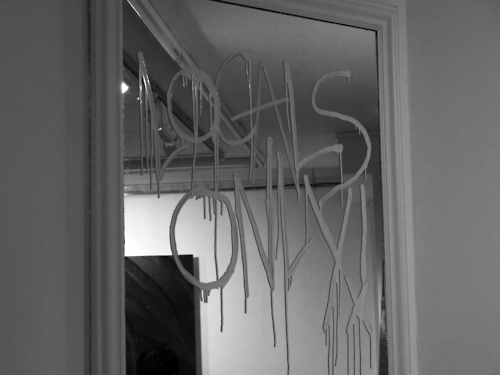 ‘Locals Only’ by Aaron Young via Purple

Young sees his art as an attack on the senses, influenced heavily by Chris Burden (who memorably crucified himself to a Volkswagon Beetle and had a friend shoot him in the arm) and Jackson Pollack (‘Greeting Card’ is also a title of a Pollack painting).  A number of the paintings in the exhibition are jokes or punchlines.  The titles of the works derive from crude jokes, such as ‘How many WOPS does it take to…’ In another series, a coin machine labeled ‘Quarters Only’  is placed in close proximity to a number of monochrome paintings. Another piece in the exhibition is a crushed chainlink fence plated in gold. 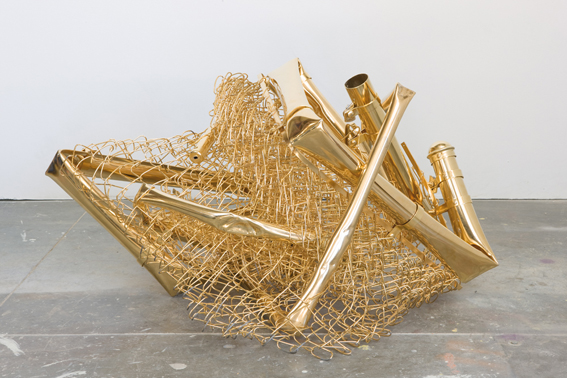 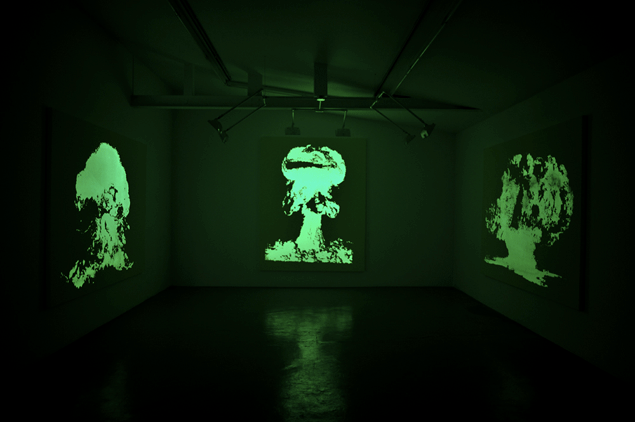 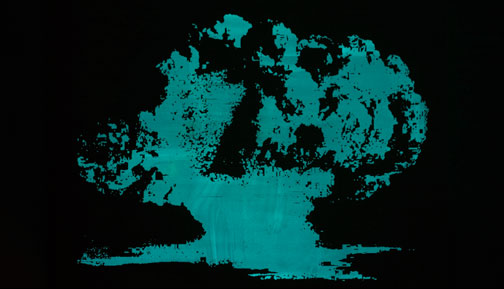 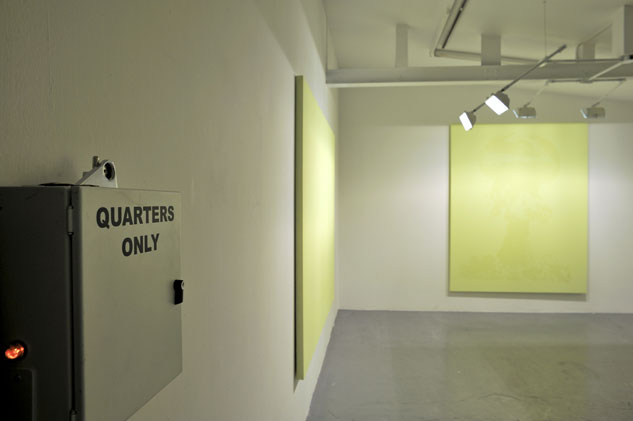 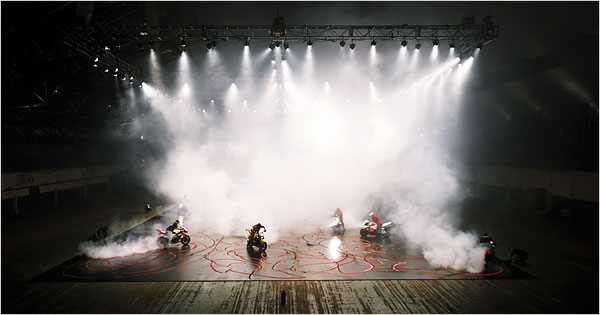 This entry was posted on Wednesday, April 22nd, 2009 at 1:07 pm and is filed under Go See. You can follow any responses to this entry through the RSS 2.0 feed. You can leave a response, or trackback from your own site.