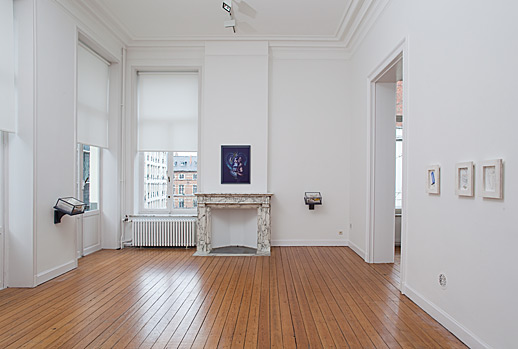 On view now at Gladstone Gallery in Brussels is Matthew Barney’s ‘Ancient Evenings: Libretto,’ a series of drawings from the seven act opera that Barney is developing with Berlin-based composer Jonathan Bepler.  The opera is based on Norman Mailer’s novel Ancient Evenings, set in ancient Egypt chronicling the journeys of the dead, reincarnation, and the gods. The opera follows the seven stages the soul passes through after bodily death according to Egyptian mythology.  Barney replaces the human body with that of the 1967 Chrysler Imperial that figured heavily in his film Cremaster 3, displacing the ancient mythic landscape of the Nile and pyramids for an industrial contemporary setting.  The exhibition includes very detailed drawings of characters in the opera as well as a number of copies of Mailer’s book which Barney has reworked. 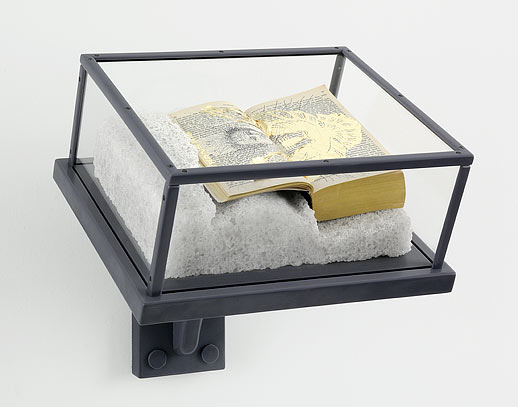 Each book is opened to display a drawing relating to one of the seven stage of the soul. The books rest on a block of carved salt and are placed in vitrines mounted on the wall. Barney uses a number of unusual materials in his drawings, such as lapis dust, crude oil plastic, metal leaf, and petroleum jelly. The drawings map out character development for the first two acts of the opera, ‘Ren’ and ‘Sekhem.’ ‘Ren’ was performed last May in Los Angeles. 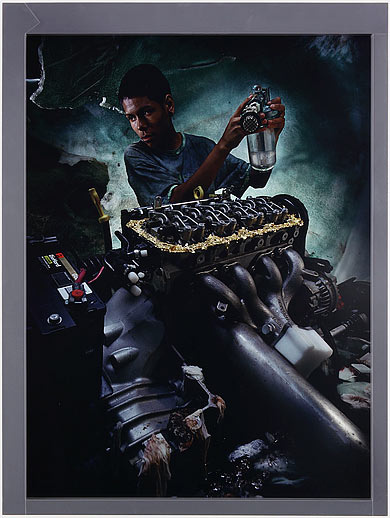 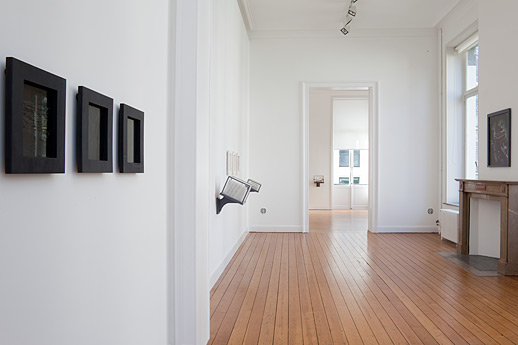 ‘Ancient Evenings: Libretto’ runs through May 9, 2009 at Gladstone Gallery’s Brussels location. Acts 2-4 of the opera are currently in production for this summer. 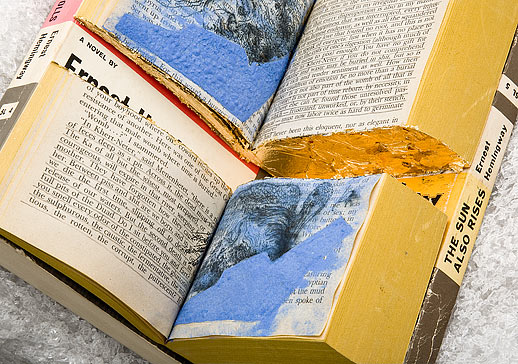 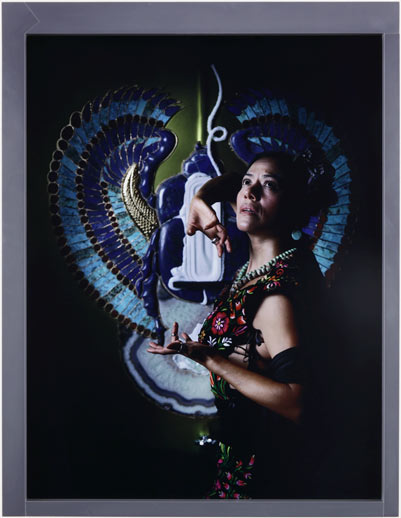 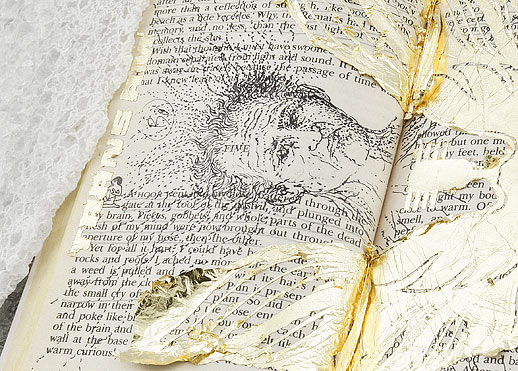 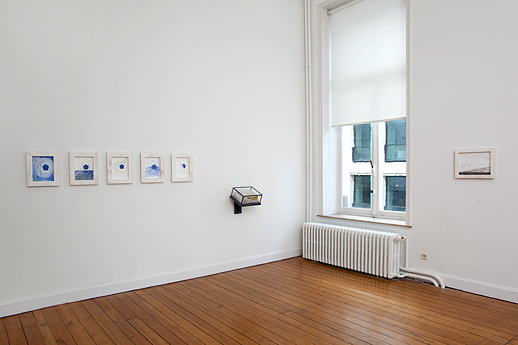 This entry was posted on Tuesday, April 7th, 2009 at 4:46 pm and is filed under Go See. You can follow any responses to this entry through the RSS 2.0 feed. You can leave a response, or trackback from your own site.