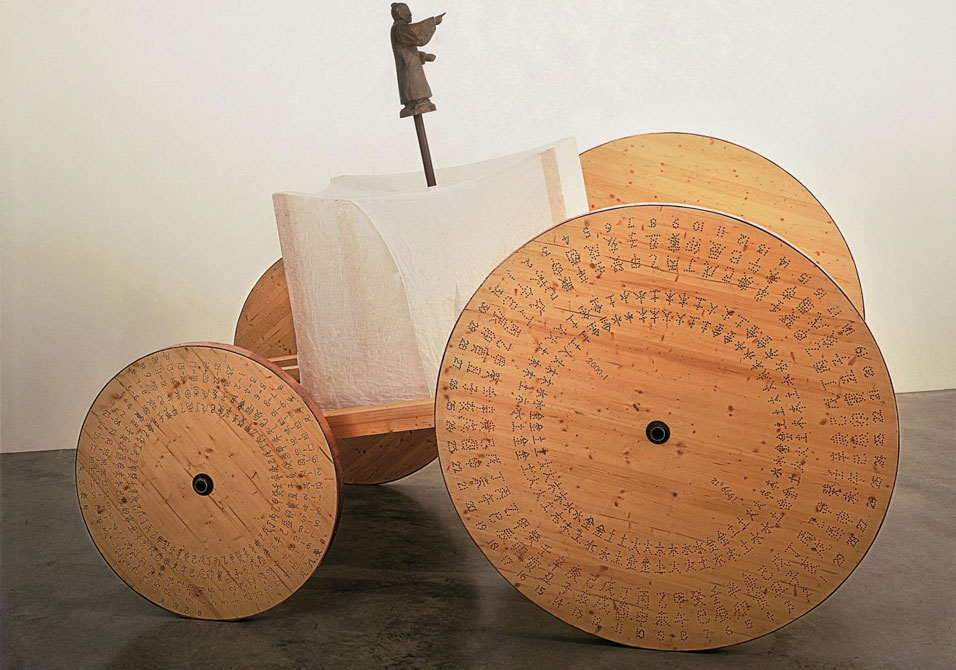 Huang Yongping's Sixty-Year Cycle Chariot sold for double the high estimate of $194,00, setting a new auction record for the artist, via Artdaily

Contemporary Asian Art Sale at Sotheby’s Hong Kong brings in $8.5 million USD, well wthin expectations with over half of the lots above estimate [Artdaily] more here [Bloomberg] and here [AuctionPublicity] and here [Economist] and here [Artinfo]
and finally more here [China Daily via ArtPatrol]
And in related: The Getty acquires 9 contemporary Chinese photographs for $100,000, boosting its Asian collection despite a tighter budget [Bloomberg]

Takashi Murakami will soon debut a new collaborative collection with Louis Vuitton [HypeBeast]
New York financier/art collector Ezra Merkin charged with $2.4 bilion fraud, the proceeds of which were used to fill his apartment with $91 million worth of art including Mark Rothko works from his collection, one of the largest in the world for the artist [Guardian UK] 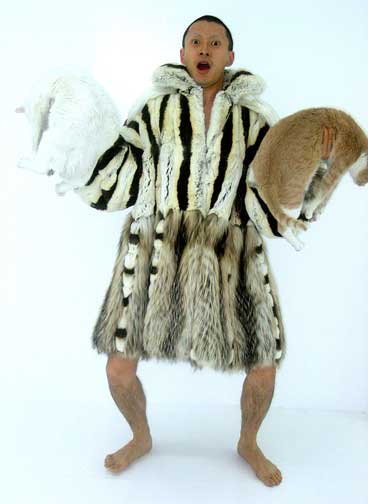 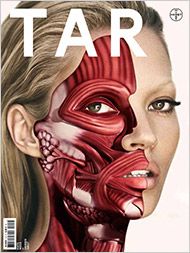 Kate Moss by Damien Hirst on the cover of Tar Art Magazine, Via New York Times

Kate Moss by Damien Hirst is the new cover of Tar Magazine (anagram for “art”) [NY Times]
Art funds launched in 2008, such as the London-based Art Trading Fund, are shelved due to failure to raise required funds [ArtNewspaper]
Art:21, Art in Twenty-First Century is now available for free on Hulu [Hulu] 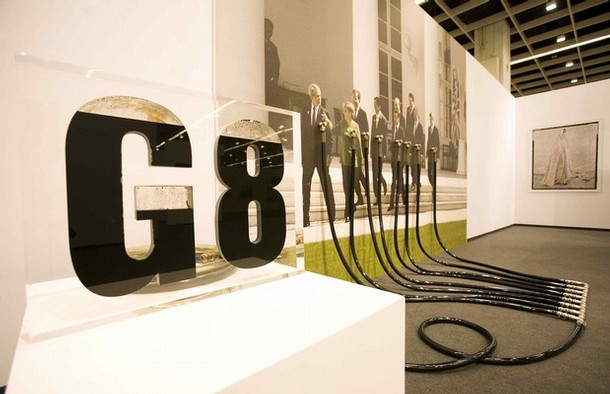 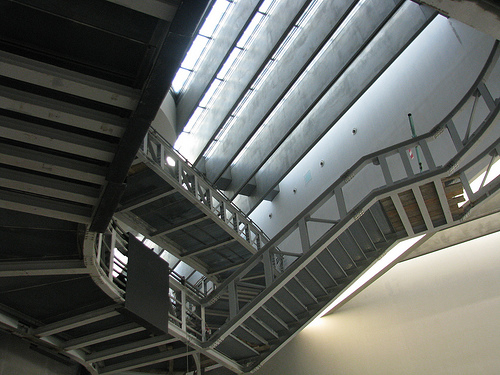 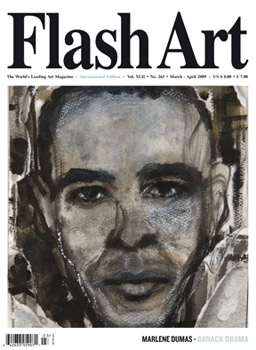 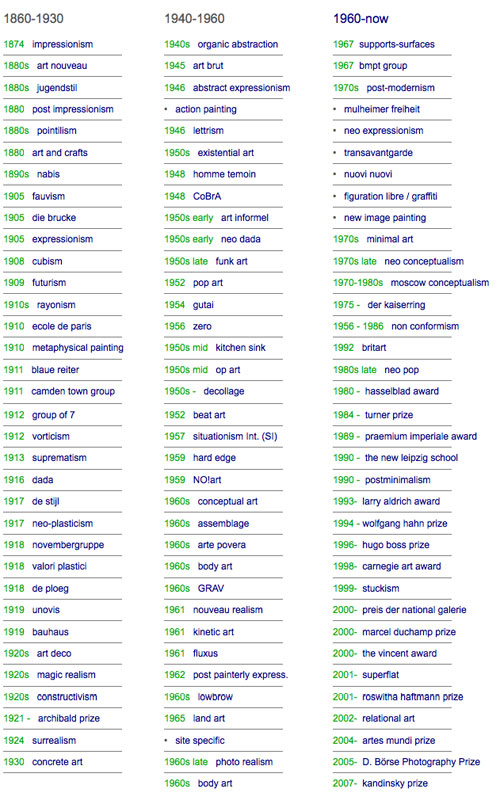 A selection from the site via The World’s Best Ever

A timeline of modern & contemporary art artists by movement, school, style, period, theme & art prize [The-artists.org via The World’s Best Ever]
Richard Serra to receive honorary degree from Pratt Institute at its 120th Commencement on May 18th [MediaBistro] 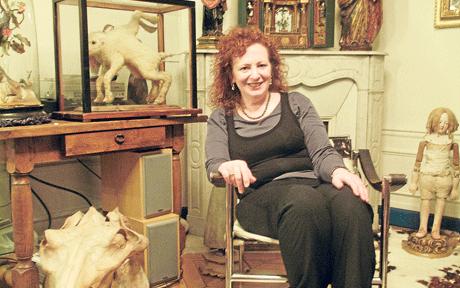 Interview with photographer Nan Goldin on why she is auctioning some of the curiosities she has collected [TelegraphUK]
SFMOMA announces plans for a future expansion, doubling gallery space [SF Chronicle] 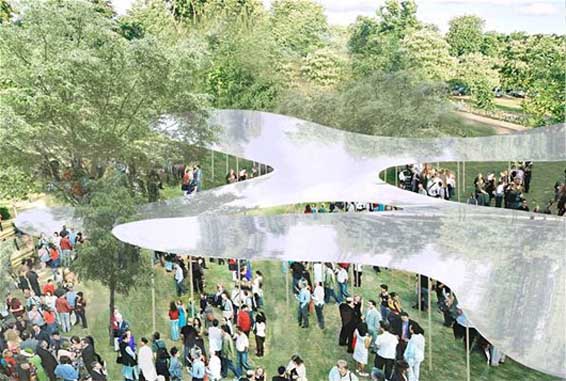 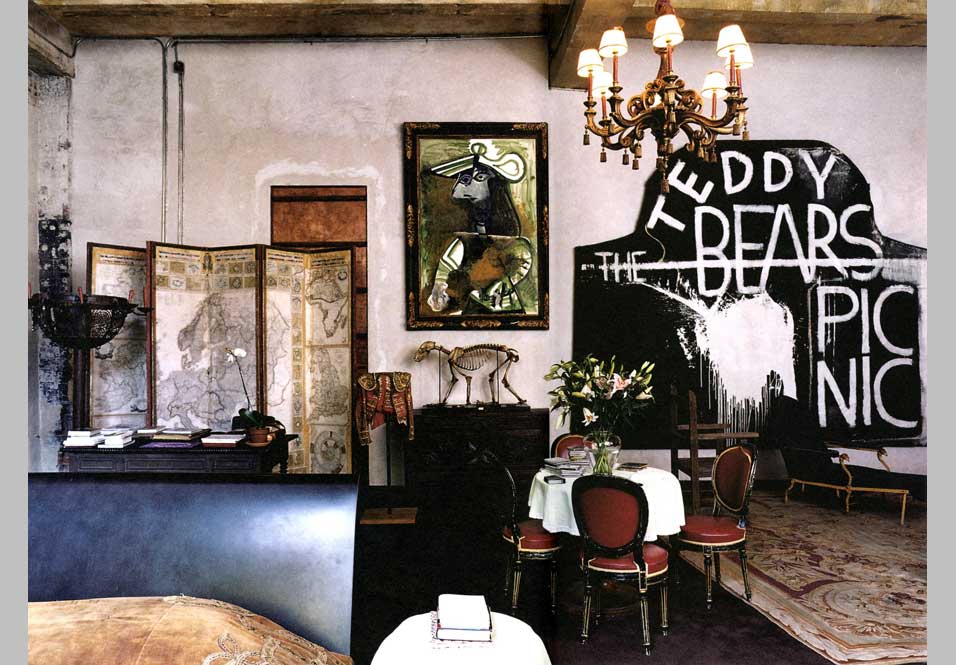 Julian Schnabel’s Picasso Femme au Chapeau will soon be sold by Christie’s [New York Times]
The Mugrabis, a high impact, market-making collector family, may be addicted to the game of art [The Observer]

Assemblyman Joseph R. Lentol (D-North Brooklyn) alerted his community that the Asian Longhorned Beetle, a non-indigenous insect that preys on healthy trees, has returned to Brooklyn. Once a tree is infested it must be removed and destroyed to prevent the beetle from spreading to other trees.

“Just because we’re talking about a little bug doesn’t mean this isn’t a big concern for our district,” warned Lentol. “We’re lucky that this appears to be a small infestation, but the key to keeping the Asian Longhorned Beetle from destroying our trees is through awareness.” The Asian Longhorned Beetle is known to nest in all varieties of maple, as well as birch, horse chestnut, elm, willow, poplar, ash, hackberry, sycamore, London Plane and mimosa. Lentol encourages homeowners to look for exit holes on their trees, they will be about the size of a dime, and to grant environmental inspectors access to their property for the purpose of finding infested trees. go to website asian longhorned beetle

Lentol also encourages residents who spot the beetle to call 311 and ask for the Asian Longhorned Beetle Hotline. The United States Forest Service offers replanting of new trees to those who lose trees to the beetle. The insecticide imidacloprid is the only effective preventative measure against the beetle, though experts warn that it cannot help a tree once it is infested. ALB Eradication Program contractors use it during the spring to treat at-risk trees. Residents will be notified by the ALB Eradication Program when tree treatments take place in this area, and Assemblyman Lentol urges residents to work with program officials and provide them access to yard trees for these critical applications and for survey.

This entry was posted on Monday, April 13th, 2009 at 6:02 pm and is filed under Art News. You can follow any responses to this entry through the RSS 2.0 feed. You can leave a response, or trackback from your own site.