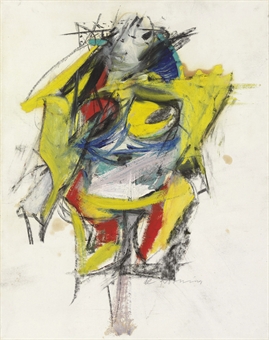 Again, Christie’s bested Sotheby’s in this week’s Post-War and Contemporary Art auctions after Sotheby’s failed to meet its low estimate, covered here by AO.  Last night’s sale in New York resulted in a total of $93.7 million, falling within the higher end of the pre-sale estimates of $71-104 million. Only 5 of the 54 lots went unsold, with 30 selling for more than $1 million.  After a night of lively bidding, Christie’s co-head of post-war and contemporary art, Amy Cappellazzo joked that, “It felt like a year ago.” Last year’s sale brought in $348.2 million, with a number of works selling in the double digits. This year, estimates were far more conservative for the chastened market, with the highest-selling lot, David Hockney’s ‘Beverly Hills Housewife,’ going for $7.9 million, setting a new record for the artist. The portrait of the late Betty Freeman was one of 20 in the sale coming out of the Betty Freeman Collection, another factor contributing to last night’s success. 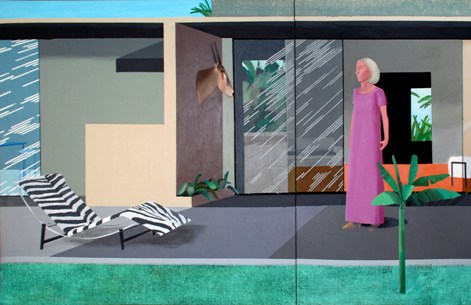 David Hockney’s ‘Beverly Hills Housewife’ via Christie’s sold for $7.9 million, falling within estimates of $6-10 million and setting a new record at auction for the artist. 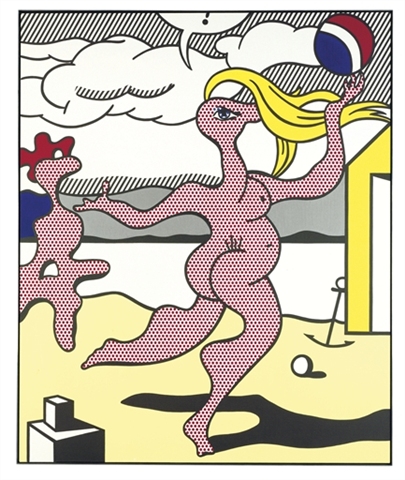 Roy Lichtenstein’s ‘Frolic’ via Christie’s sold for $6 million, reaching its high estimate, a record at auction for the artist.

A number of works exceeded their estimates, including Peter Doig’s ‘Night Fishing,’ an ‘Achrome’ by Piero Manzoni, Richard Diebenkorn’s ‘Ocean Park No. 117,’ and Claes Oldenburg’s ‘Typewriter Eraser,’ which set a new record at auction for Oldenburg. Willem de Kooning’s ‘Woman,’ coming out of his seminal body of work from the early 1950s, more than doubled its high estimate of $1.8 million, selling for $3.7 million. 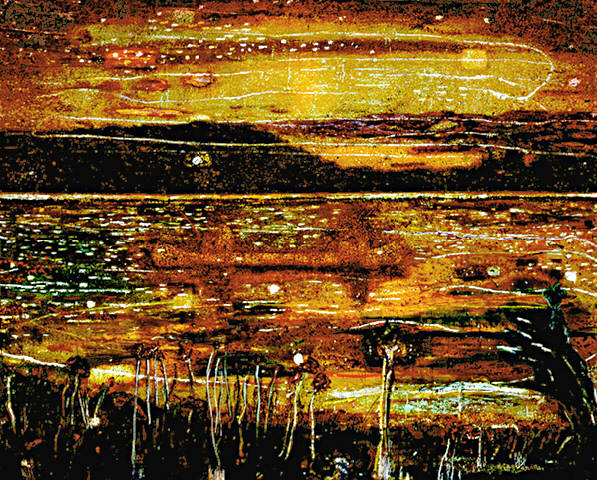 Peter Doig’s ‘Night Fishing’ via Christie’s sold for $4.7 million, well over its high estimate of $4 million. 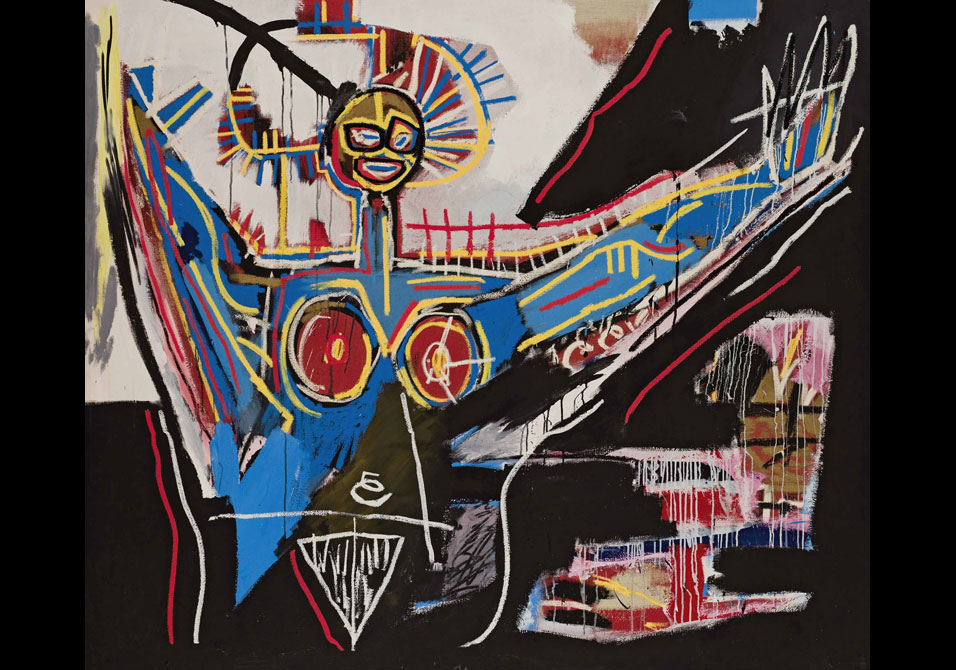 Jean-Michel Basquiat’s ‘Mater,’ via Christie’s sold for $5.9 million, falling within estimates of $5-7 million. 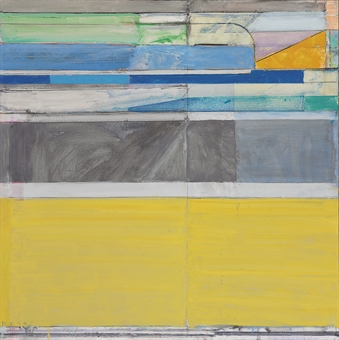 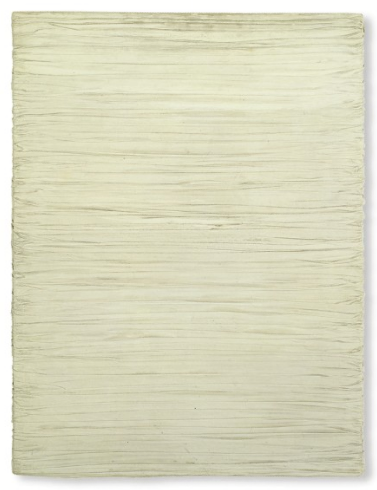 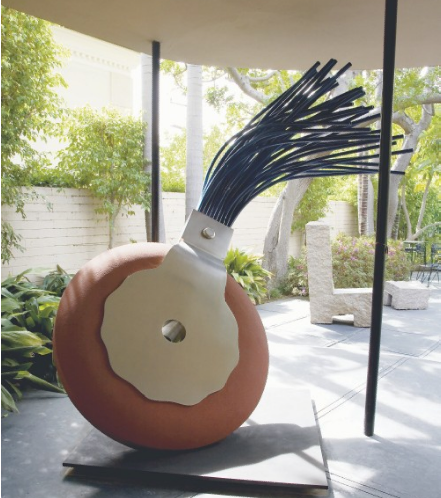 Claes Oldenburg’s ‘Typewriter Eraser’ via Christie’s sold for $2.2 million, beating the high estimate of $1.8 million and setting a new record at auction for the artist.

If this is targeting, marketers–not privacy hawks–should fret; After two days of watching what ads I got while wandering around the web, I concluded advertisers actually don’t know that much about me.(Viewpoint essay)

Advertising Age September 19, 2011 | Creamer, Matthew Byline: MATTHEW CREAMER AOL and MSN thought I might like a Nissan Versa. Yahoo agreed, and, wondering if I might be suffering from Crohn’s disease, asked if I wanted some Humira. Maybe I could wash it down with some of the Sunkist being pushed up by YouTube. Amazon thought I needed either a new Discover or an American Express. And there was a general feeling trailing me around the internet that I might have use for pills that will slim me down, shakes that will bulk me up and stocks that cost half a handful of pennies. If the internet advertising business understands me correctly, then I am a sugary-drink-swilling, spendthrift sucker with a yen for new wheels and a body-image problem or two.

After two days of paying close attention to what I was being sold as I wandered around the internet, it’s my conclusion that, despite the loud cries of digital-privacy advocates, online advertisers don’t know nearly as much about us as we might be led to believe. Or, if they do, they have a funny way of showing it.

As the immersion-journalism schtick goes, spending two days examining every online ad that crossed my path may not sound particularly taxing. But have you ever done it? Unless you’re afflicted by some rare and particularly insidious version of Asperger’s, all but the most garish, interruptive online ads probably fly right by you. Odds are that you don’t click on them or notice them or share them or talk about them around the watercooler. For most of us, internet advertising is more an idea or a concept or a budget to be modeled than an experience. But there’s a big gulf between how online advertising is talked about and how it’s experienced.

Read the press around this multibillion-dollar industry and you’re led to believe that every marketer knows enough about your demographic profile and your behavior to anticipate your desire and serve up a marketing communication so hyper-relevant it transcends its status as an ad and becomes something like information. And how you feel about that probably depends on how you view privacy. Is personal information sacrosanct or is it something that can be given up in dribs and drabs to fund all the free activity going on online and to get pitches from brands less likely to waste your time and attention? in our site pimsleur approach review

It may indeed be the case that we’re slouching toward some “Minority Report”-like reality, but after 48 hours spent looking hard at online ads, stopping to track every impression I made for an advertiser and understand what relation, if any, it might bear to my personal information, I felt anything but paranoid. Quite the contrary–the experience was underwhelming. I was served up course after course of ads that felt generally irrelevant and untargeted and not only did nothing to stoke consumer demand but possibly smothered it. For all the highly-touted targeted technologies, I didn’t feel the crosshairs on me any more than when I watch an average prime-time TV commercial break, and at least that’s trying to tell stories, forge relationships and spark demand. The general sense of the experience was a less bittersweet version of a common post-high-school realization: “They really didn’t know me, did they?” I catalogued about 200 impressions, from small banner ads, to pre-roll video spots, to rich-media ads, to sponsored links, to search ads, to social ads. By my count, no more than 10% of them were relevant–and I use the term loosely. I counted as relevant anything that didn’t have me pegged in some clearly incorrect way and, of course, search ads. For example: Even though I’m not particularly in the market for a cellphone, car or credit card, I counted those as relevant. It’s not unreasonable to think that the right deal might get me in a buying mood. Going into the irrelevant column were ads useful to someone with a particular horrifying medical condition that I don’t have or to a woman.

In looking at the relevant ads, I didn’t have the feeling that any of the come-ons were based on any particular knowledge of me. Regardless of what media you’re talking about, companies that market cellphones, credit cards and cars make a ton of ads. Spend enough time in any medium, targeted or not, and you’ll likely hit on some of them.

Only a handful of ads seemed clearly based on my interests or my browser or search history. One was an ad from Airbnb.com that kept pace with me on a few sites, urging me to book a night or two in Paris, a trip I had actually been researching. This ad popped up in a few places, including as an overlay on a Beyonc% video on YouTube. The second offered a heavy discount for language lessons based on the Pimsleur approach. This was indeed something I’d been Googling around for and, after spotting andclicking on the discreet little text ad,I scooped up some French lessons for just $9.99–shipping included. That would be my only purchase and my only consideration of purchase. The other clearly “interest-based ads,” as the industry refers to behavioral targeting, were for distinctly un-outrageous sales-pitch things such as American Express business cards. in our site pimsleur approach review

Ads that appeared in social networks weren’t any better. Among the ads shown to me on Facebook were for TV series seemingly made for women, including one for “Body of Proof,” featuring this snippet: “Beauty. Brains. Bodies. Dany [sic] Delany has it all.” Yes, Dana Delany has it all, including a misspelled name in a Facebook ad. Other Facebook ads pimped a toenail-fungus study, the Bowflex, various musical and dance performances, and MBA programs for any number of business schools. None of these things seemed to reflect any knowledge derived from my Facebook profile and feed, which should provide any marketer with an abundance of information about me to really be able to muck around in my wants and needs.

Whether on Facebook or Yahoo or some sports-dedicated content farm, the advertising I experienced was no more a mirror of my desires than the usual spots on late-night TV, and a hell of a lot of less interesting. If all this is a wholesale invasion of privacy, then it is an invasion of the most banal sort.

And that feeling didn’t depend on whether I allowed advertisers to track me or if I clicked the do-not-track box on my Firefox browser and generally opted out of tracking where possible. (I did this for about 100 of the impressions I kept track of and, yes, I know that these anti-tracking tools aren’t acknowledged by all websites.) The experiences in each context, whether tracked by behavioral targeting techniques or not,were overwhelmingly similar, leading me to doubt that we’re anywhere near the nightmare that many privacy advocates have imagined.

And if we are nearing some sort of dystopia where privacy has been eviscerated, then I don’t see hints in the quotidian business of going around the web. I don’t doubt there are many investigative pieces waiting to be written on abuses of consumer data, a very real concern. But one would assume that an outcome of all this stalking would be to sell stuff and I can tell you that, in my very subjective, short-term, sample-size-of-one experiment, that wasn’t the case.

Not only did internet advertising not feel scary, it didn’t feel particularly effective, either.

This entry was posted on Thursday, May 14th, 2009 at 9:13 am and is filed under Auction Results. You can follow any responses to this entry through the RSS 2.0 feed. You can leave a response, or trackback from your own site.