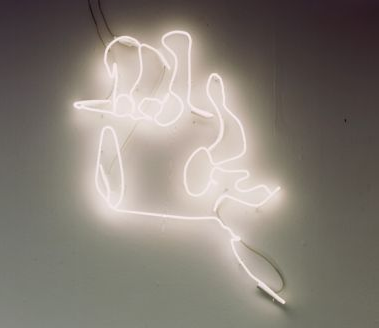 Tracey Emin opened her first solo show in London in four years at White Cube Mason’s Yard, ‘Those who suffer Love.’ The exhibition coincides with the release of her book ‘One Thousand Drawings,’ published by Rizzoli, and is primarily composed of drawings. The centerpiece of the show is a short animation piece of a woman masturbating. Emin, L’Enfant terrible and one of the Young British Artists – a group notorious for both its regard to art and personal behavior – is well known for radical, very personal exposés of her sexuality. Emin explains, ‘The title for my show is self-explanatory: love rarely comes easily and if it does, it usually goes quite quickly. And there is death, and loss, which at some point in our lives we all have to deal with. I’m constantly fighting with the notion of love and passion. Love, sex, lust – in my heart and mind there is always some battle, some kind of conflict.’ 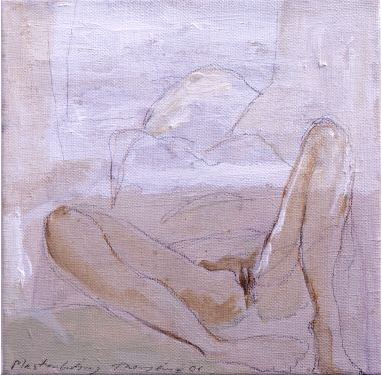 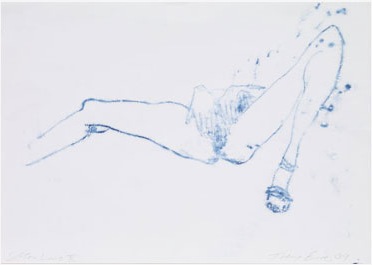 A still from Tracey Emin’s animation via Wallpaper

While Emin’s work covers a range of media – her two best known and most controversial pieces, ‘Everyone I have Ever Slept With 1963-1996′ and ‘My Bed,’ are sculptures – ‘Those who suffer Love’ focuses on her drawing work. There are drawings on paper, drawings on cloth and blankets that have been embroidered over, drawings fabricated into neon sculptures. The animation is composed of several hundred drawings in Emin’s signature style – edgy, base sexuality inspired by the likes of Egon Schiele – depicting an anonymous, headless woman masturbating. Though much of Emin’s work is autobiographical, she says the woman is not her, but rather ‘a symbol of lust and loneliness, as well as self-preservation.’ 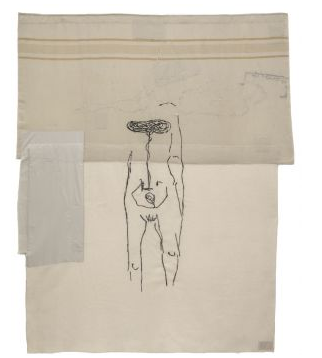 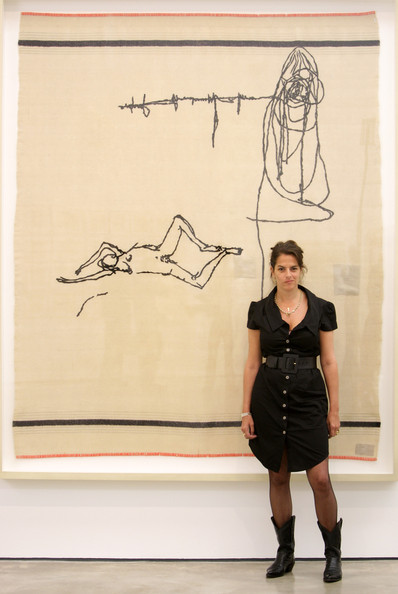 Emin has recently been garnering critical acclaim, rather than just negative press for drunken television appearances and outrageous antics.  She represented Britain in the 52nd Venice Biennale and was made a Royal Academician in 2007.  Last year Emin had her first major retrospective at the Scottish National Gallery of Modern Art. The 46-year-old artist appears to be toning down her persona somewhat.  Speaking to Britain’s Channel 4 about how growing older has affected her work, she said, ‘I’ve always said it is sex that gets me out of bed in the morning, it is sex that keeps me in bed.  Now my life is very different.  Now it is definitely all about the ideas, and about being in control of myself, and understanding myself a lot more. That is quite interesting, but also I am afraid of that.’ 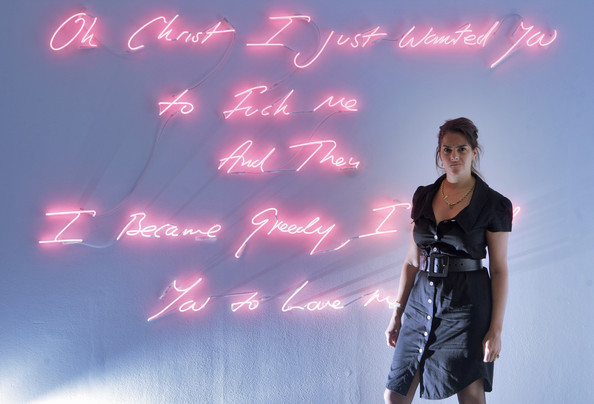 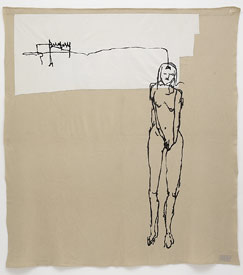 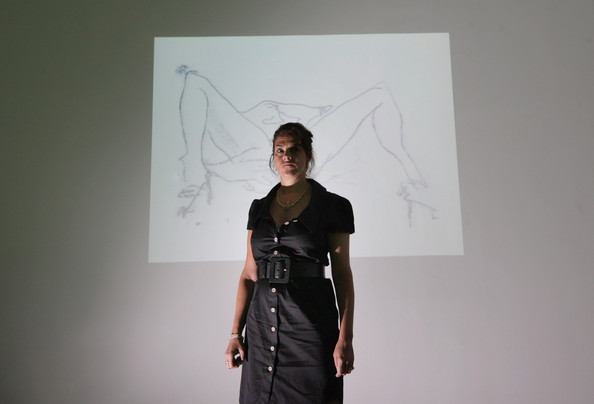 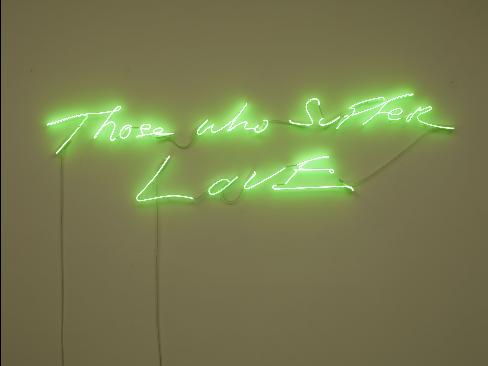 Tracey Emin’s ‘Those who suffer Love’ via Bloomberg 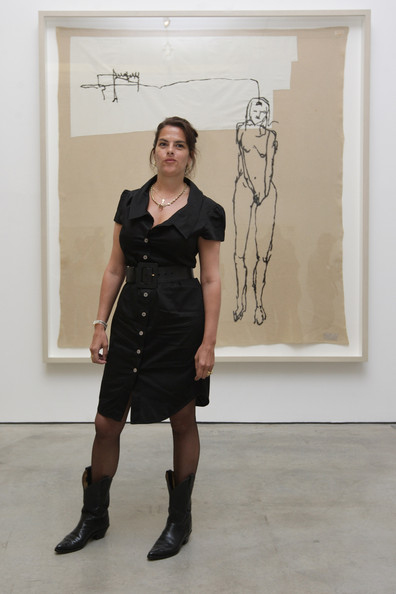 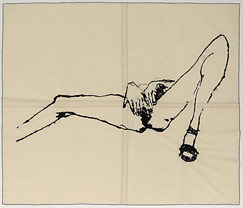 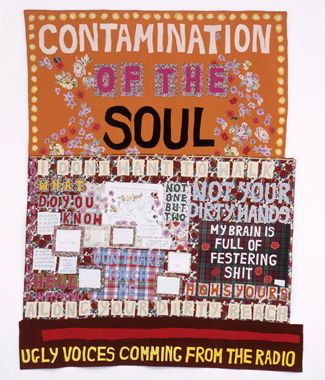 Tracey Emin’s ‘Contamination of the Soul’ via FAD

This entry was posted on Friday, May 29th, 2009 at 7:31 pm and is filed under Go See. You can follow any responses to this entry through the RSS 2.0 feed. You can leave a response, or trackback from your own site.