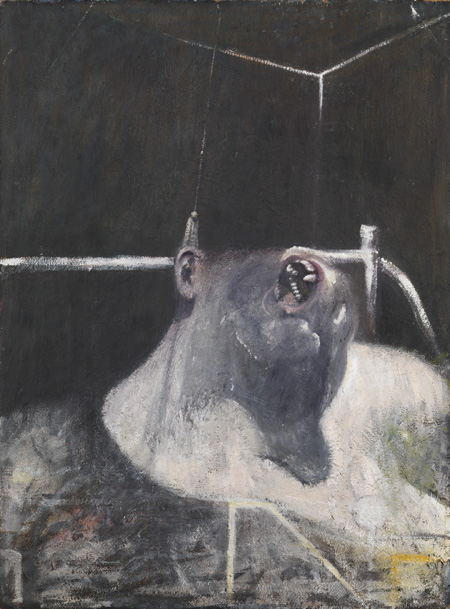 Francis Bacon: A Centenary Retrospective, the first comprehensive exhibition to feature the artist’s works in New York in 20 years opened to the public  May 20 at The Metropolitan Museum of Art, to run through August 16, 2009. The retrospective, marking the 100th anniversary of Bacon’s birth, has brought together a highly impressive international curatorial team, including Gary Tinterow of the Met, Matthew Gale of Tate Modern and Chris Stephens of Tate Britain. The exhibition showcases some 65 paintings, amongst them a handful of never-before-seen gems from private collections, along with important archival materials, photographs and 65 personal items from Bacon’s London studio and estate, which served as the artist’s inspiration for some of the works in the show. 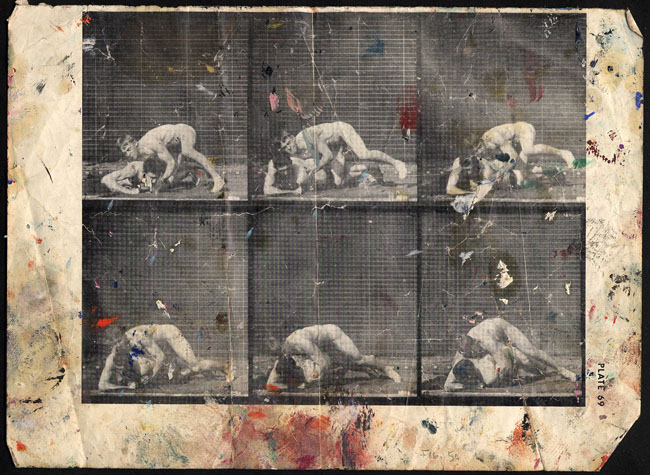 Prior to its arrival in New York, the exhibition had been on view at the Museo Nacional del Prado in Madrid and at the Tate Britain in London earlier this year. The show will not travel to any other destinations in the United States.

Bacon’s works first garnered public attention during the aftermath of the Second World War, where the brutal honesty of his animalistic depictions of human nature, psyche and physique set in an ideological framework removed from the idea of God were greeted by shock and horror. Today, the Irish-born artist is regarded as a seminal figure of twentieth-century art, whose visual commentary of internal and external belligerences have gained critical acclaim and timeless recognition. 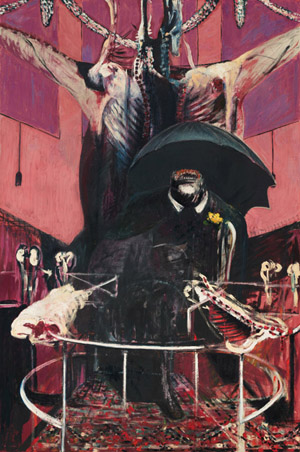 Completely self-taught, Bacon’s unrestrained visual language and conceptual framework in addressing the human condition in a modern age bears astute relevance to the socio-artistic ambiance of contemporary times. As Gary Tinterow, Engelhard Chairman of the Metropolitan Museum’s Department of Nineteenth-Century, Modern, and Contemporary Art notes, “Bacon is more compelling than ever: despite the passage of time, his paintings remain fresh, urgent, and mysterious. Never before has this work been more relevant to young artists.”

Bacon contended, “paint comes across directly onto the nervous system” in his works. The present retrospective stands as tribute to this statement, as the compelling selection of psychologically charged imagery takes the visitor through Bacon’s main thematic interests, arranged in chronological order.

His works from the 1940s and ‘50s explore Bacon’s idea of man as the brute lonely beast. Desolation, loneliness, and the bestial human figure are portrayed in images such as Head I, 1947–1948 (The Metropolitan Museum of Art);  Study for a Portrait, 1953 (Hamburger Kunsthalle, Germany); and Figures in a Landscape, 1956 (Birmingham Museums & Art Gallery, England). 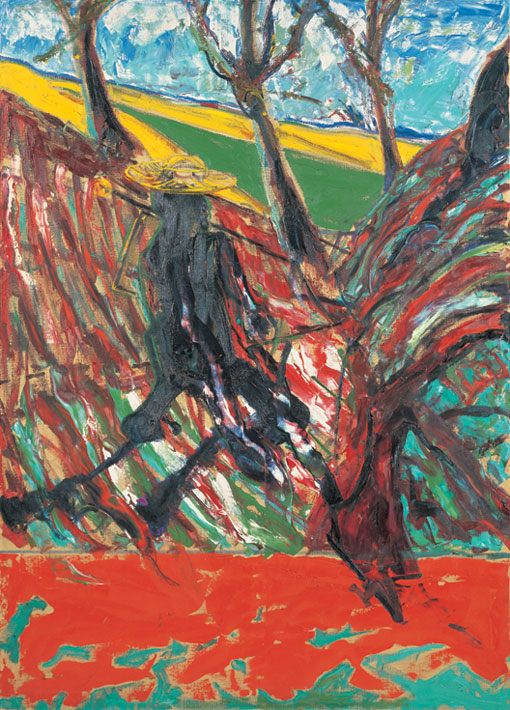 Along with his growing interest in the mythical and the emotional, the 1960s and ‘70s saw the gradual loosening up of Bacon’s imagery, as can be seen in his works referencing autobiographical information and personal ties, such as Two Studies for a Portrait of George Dyer, 1968, (Sara Hildén Foundation/Sara Hildén Art Museum) and Triptych Inspired by the Orestia of Aeschylus, 1981 (Astrup Fearnley Collection, Oslo, Norway). 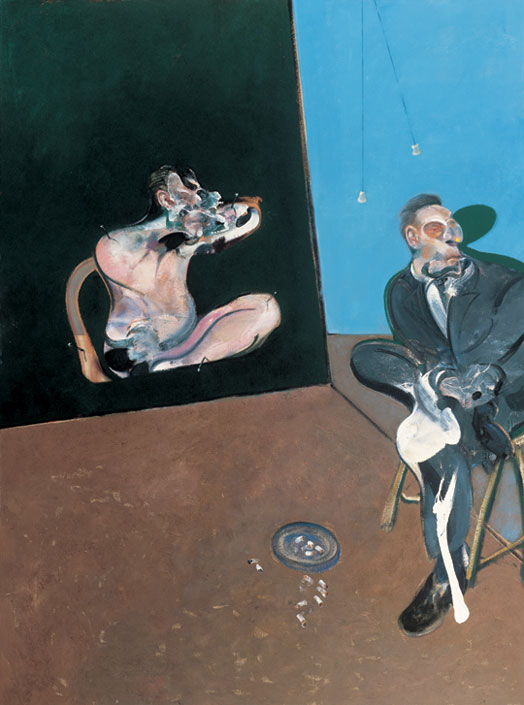 A portion of the exhibition taps into Bacon’s preoccupation with mortality, characteristic of his works of later years (e.g. Triptych, 1991, The Museum of Modern Art, New York), voicing his concerns about the ephemeral nature of the human flesh and body, the passing of time and unresolved sexual struggles.

Another theme that has gained curatorial attention in the retrospective is the series of Bacon’s studies (1949–1953) of Diego Velázquez’s Portrait of Pope Innocent X (1650). In these anxiously distorted, animalistic renderings, the artist seeks to explore the vulnerability of figures of authority and power. 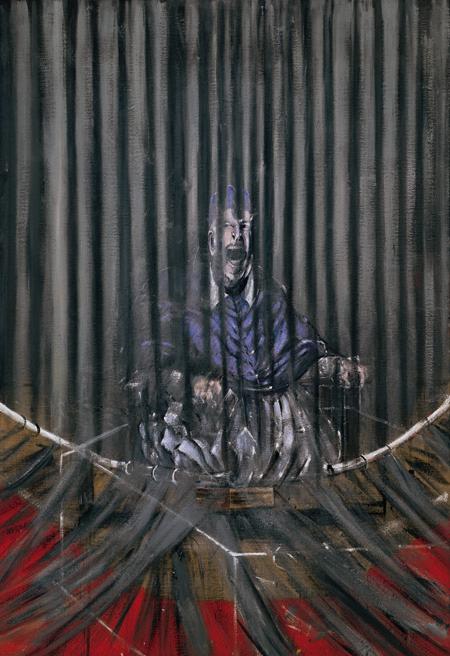 Accompanying the show is a fully illustrated exhibition catalogue, available for purchase at the museum store and at Amazon.com ($60 cloth, $40 paperback).

This entry was posted on Wednesday, May 27th, 2009 at 9:56 am and is filed under Go See. You can follow any responses to this entry through the RSS 2.0 feed. You can leave a response, or trackback from your own site.