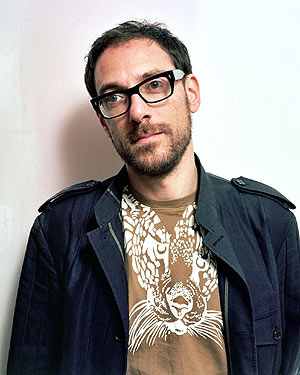 A video player of the BBC documentary: ‘The Great Contemporary Art Bubble’ which, though scathing, gained extraordinary access to collectors such as Adam Lindemann, Aby Rosen and the Mugrabi’s.  Of note is that the documentary filmmaker Ben Lewis actually admits to being the source that leaked White Cube’s unsold inventory prior to the famous Damien Hirst Sotheby’s Auction of 2008 [BBC] 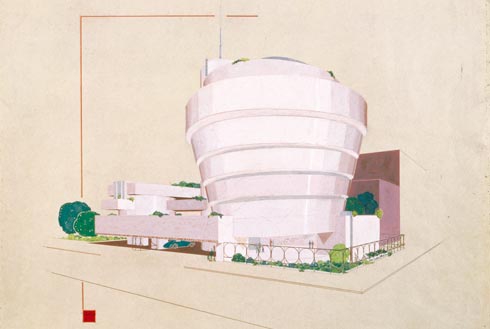 The Guggenheim Museum celebrates its 50th anniversary with an exhibition on Frank Lloyd Wright [NYTimes]
The Wall Street Journal calls a possible art price floor based on NY Spring auction activity being the “smallest in 5 years” [Wall Street Journal]
A lawsuit is filed against Christie’s over $3.2 million accepted bid alledgedly made after another accepted phone bid [Bloomberg]
On the austere outlook for recent art school graduates [Financial Times] 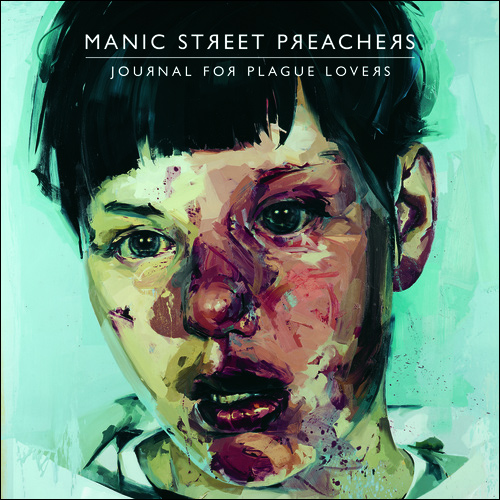 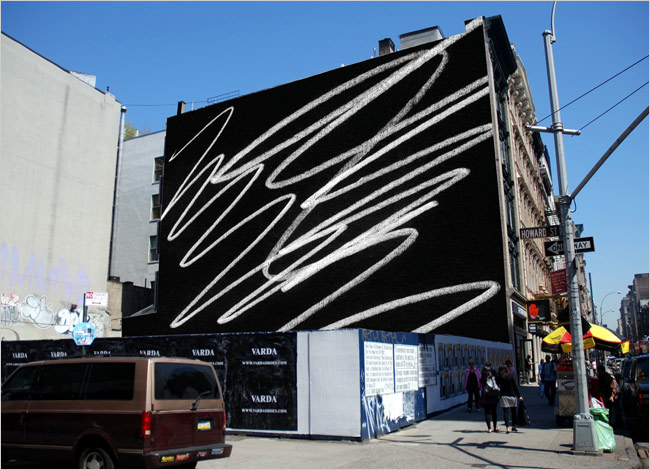 Art Production Fund sponsors a by-hand, massive “scribble” (on wall once used by Banksy) on Howard Street in Soho, New York [NY Times]
An article on the effect at auction of the duration of artists’ careers as well as how prolific they are [NYMag]
The Museum of Contemporary Art in LA cuts four exhibitions and 17 more jobs [LATimes]
The Fine Art Fund Group sets up to bid on 2 corporate art collections worth up to $65 million and holding works by Picasso and Cindy Sherman [Financial Times] 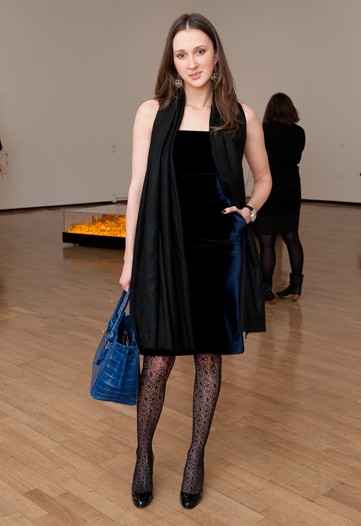 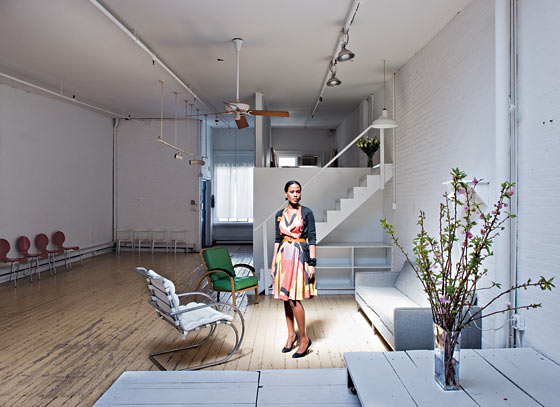 On the salon-like atmosphere at Deitch Projects director Nicola Vassell’s Soho, New York apartment [NYMag]
Steve McQueen has lunch with the FT, speaks on his film ‘Hunger’ and the Venice Biennial [Financial Times] 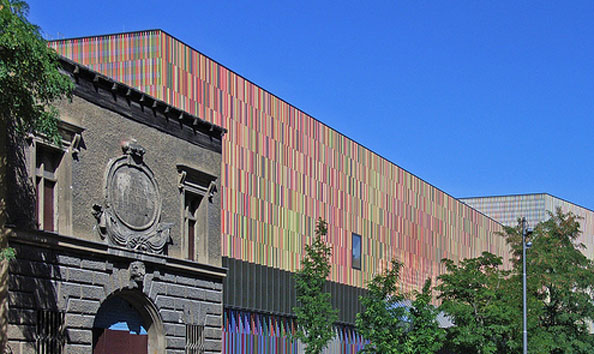 The Museum Brandhorst in Munich via Cubeme.com 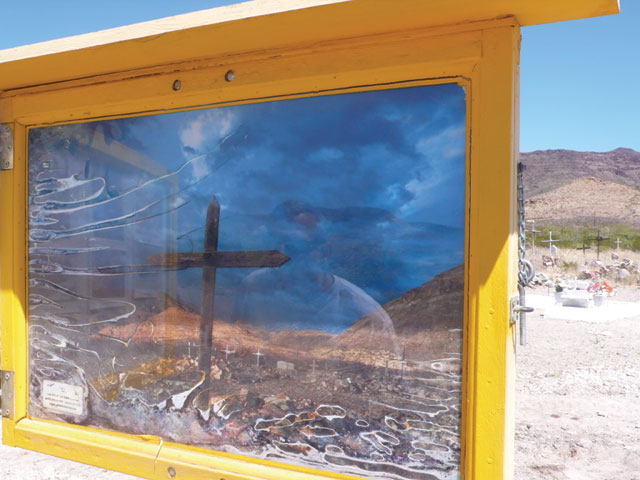 A trip photo by Rita Ackermann in Marfa via Blackbook 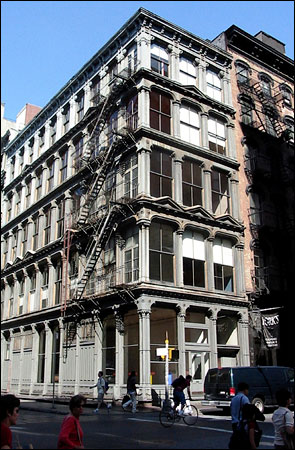 In related, the Judd Foundation will restore 101 Spring Street, a cast iron building that was the home and studio of artist Donald Judd. [ArtDaily] 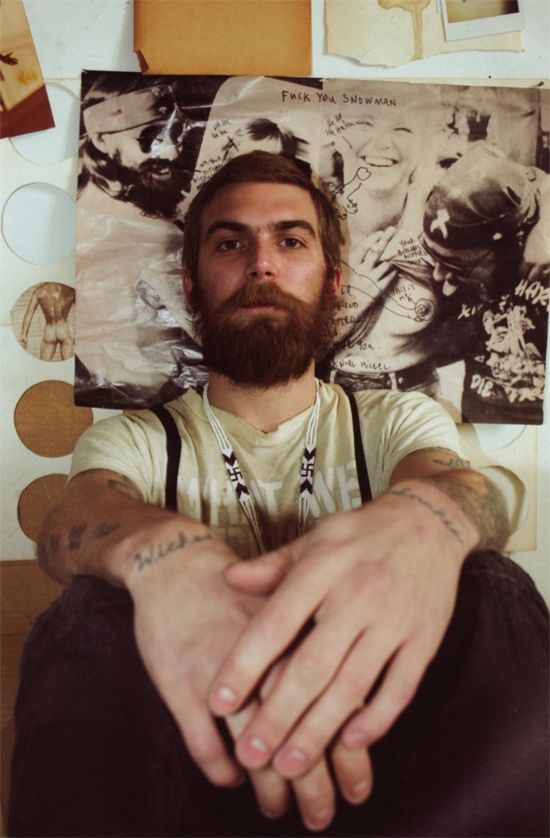 The artist Dash Snow in his Bowery Studio via the Fashionisto

Artist Dash Snow profiled in Muse Magazine [Muse]
Nearly 11,000 people have applied to be part of Antony Gormley’s interactive sculpture on London’s Fourth Plinth, to run from July to October [Independent]
‘Sold Out,’ the original title for ‘The Warhol Effect,’ the Tate Modern’s autumn show featuring Hirst, Koons and Haring , was rumored to have been vetoed by one of the artists due to its double meaning [GuardianUK]
Damien Hirst is the Art Curator for ‘Boogie Woogie,’ a new fictional film on the inside of the art world [TimesUK]
And Hirst opens a show of his work in Prague [RadioPrague] 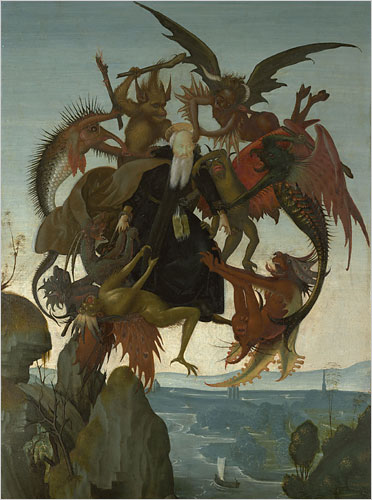 The Torment of Saint Anthony, reportedly by Michelangelo

The Kimbell Art Museum in Fort Worth, Texas purchases what it believes to be Michelangelo’s first painting, which he completed when he was 12 or 13 years old [DallasNews]
The Hermitage and the State Russian Museum are accused of tax evasion by the Federal Tax Police [The St. Petersburg Times] via ArtinAmerica 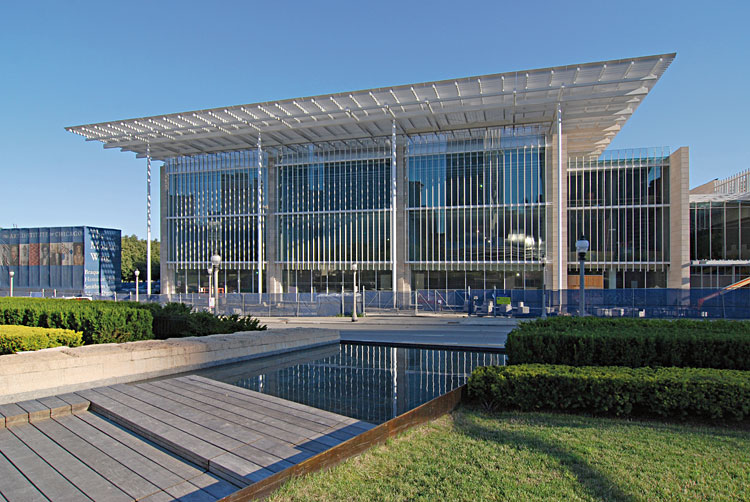 The Art Institute of Chicago’s Modern Wing via ArtInfo

The 264,000 square foot Renzo Piano designed Modern Wing of The Art Institute of Chicago opens, making the museum the second largest in the US [ChicagoTribune]
A £3 million, 2-ton Henry Moore sculpture stolen in 2005 was most likely melted down and sold for £1,500 worth of scrap metal [GuardianUK]
President Sarkozy will attend the groundbreaking ceremony for the controversial Louvre in Abu Dhabi [ArtNewspaper] 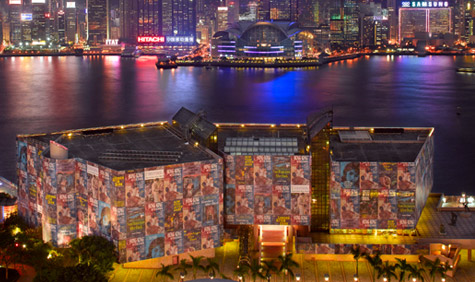 Richard Prince covers the Hong Kong Museum of Art in pulp-fiction novel covers to commemorate the exhibition “Louis Vuitton : A Passion for Creation” [ArtDaily]
In related, with a 31% attendance increase and strong sales, the 2nd Hong Kong International Art Fair is deemed a success [HongKongArtFair] 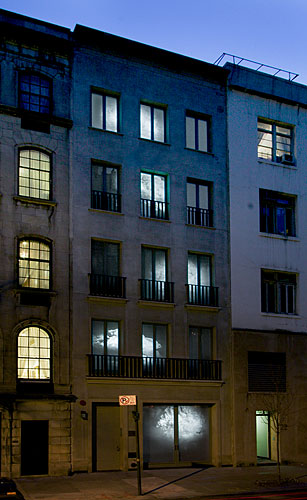 Gallerist David Zwirner will open a new gallery in Shigeru Ban’s Metal Shutter House on West 19th Street and, uptown, Hauser & Wirth New York (following last month’s debut of Swallow Street, its London exhibition space for emerging artists) will open an Annabelle Selldorf-designed space in the building that was formerly occupied by Zwirner and Wirth on 32 East 69th Street [ArtReview]
The Albion Gallery in London closes in bankruptcy [Artinfo]
Roughly 25 out of 388 galleries in Chelsea have closed but at least 10 new galleries have opened, with more are on the way [Crain’s]

This entry was posted on Saturday, May 23rd, 2009 at 10:55 pm and is filed under Art News, Auction Results. You can follow any responses to this entry through the RSS 2.0 feed. You can leave a response, or trackback from your own site.