In Ink Line, part of a new Charles Ray exhibition at Matthew Marks Gallery, ink falls in a continuous line to the floor. Via 16miles.

Ink Line (1987) consists of a stream of ink that continuously falls from floor to ceiling. At first glance, the stream seems consistent — that is, static — but meticulous observers will note vacillations in flow. In Spinning Spot (1987), a section of the floor revolves at 33 rpm.  Visitors waver between seeing the floor revolve and uncomfortably seeing everything revolve but the floor. The ends of the 15-foot-length Moving Wire (1988) are loose from the wall. As one emerges from the wall, the other retreats. 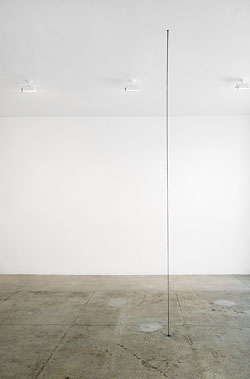 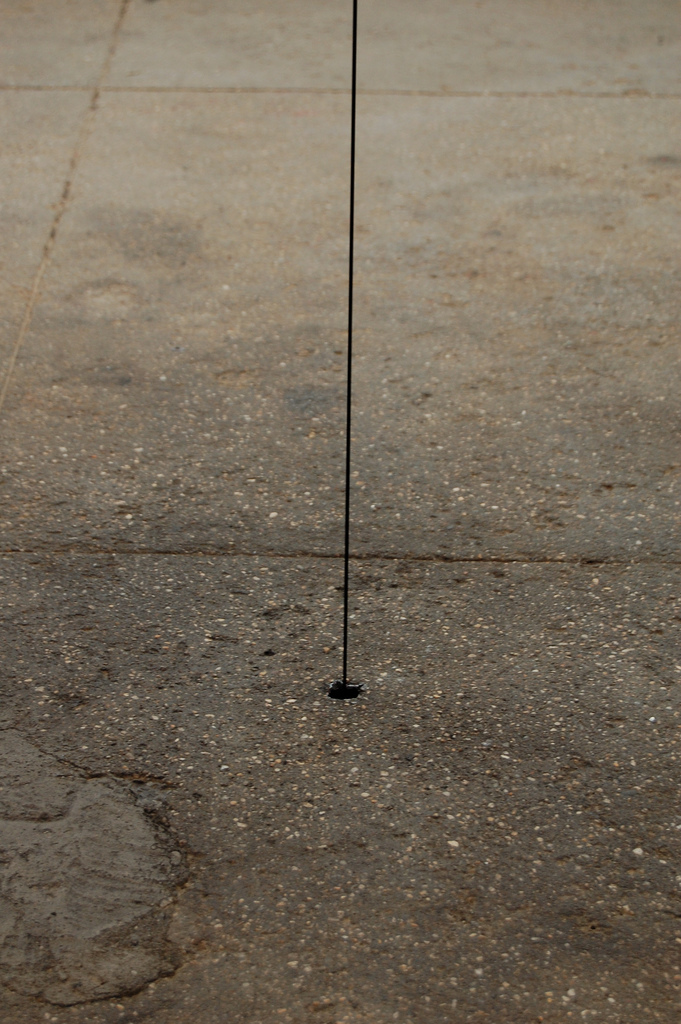 Above, another look at Ink Line, via 16miles.

Charles Ray was born in Chicago in 1953, and has been working as a sculptor and installation artist for about 35 years.  His work often comments on isolation and containment as they comprise self-sufficiency, relative to integration. Consciousness, to him, is ephemeral, as evidenced by the works in this new show at Matthew Marks. 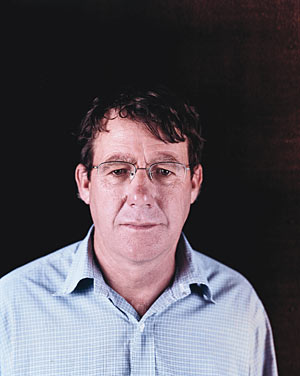 An image of the artist, via WMagazine. 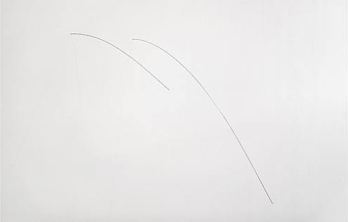 The artist has previously collaborated with the Matthew Marks gallery.  In 2006, he curated the museum’s “a four dimensional being field with sculptures.”  A year later, Matthew Marks hosted his first solo show since a 1998 retrospective at the Whitney Museum of American Art.

This entry was posted on Wednesday, June 17th, 2009 at 11:00 am and is filed under Go See. You can follow any responses to this entry through the RSS 2.0 feed. You can leave a response, or trackback from your own site.