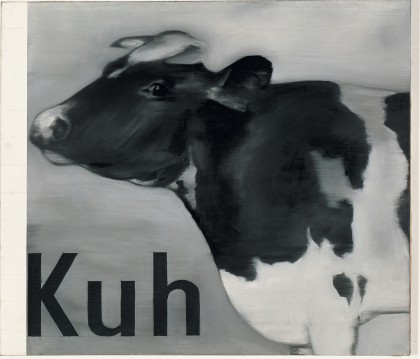 Gerhard Richter, Cow, part of an exhibition of the artist’s work at MKM. via the Albertina.

Until August 23, Museum Küeppersmühle is exhibiting 80 paintings by legendary German artist Gerhard Richter.  Comprised of works drawn from private collections Burda, Ströher, Böckman, and the artist’s own,  “Paintings from Private Collections” is an exploration of colors, of their uses and limitations.  Works included span much of the artist’s career, from the early 60’s to 2007.

Designed by Götz Adriani, the exhibition has previously been hosted by the Museum Frieder Burda, in Baden-Baden; Vienna’s Albertina; and the National Gallery Complex in Edinburgh.  At the MKM, a collection room complementary to the exhibit will remain open to visitors, home to other Richter paintings from the Ströher collection. 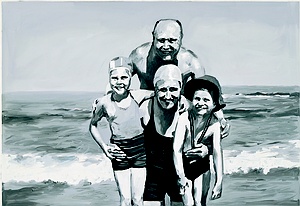 Gerhard Richter’s Family at the Seaside, at MKM. 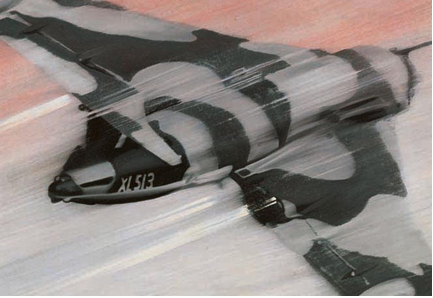 Primarily a painter, Richter has experimented with photography and portraits, blurring his art as it seeks to comment on the ambiguity of reality and interpersonal relationship.  A portrait by its very nature is removed from the subject, and Gerhard makes the viewer aware of this fact — that art is only the “semblance” of its object.  “I believe in nothing,” Richter has famously said, and this belief has bled into the artist’s work.  His art, especially early work with the Capitalist Realists, often reacts against imposition of ideology, given his formative years in Nazi Germany.  Richter “wanted to find a new way of painting that would not be constricting.”  That is, his belief in “nothing” allows the artist to explore and render the reality of the object in different ways, so that the only “unifying thing” in Richter’s work, comments Damien Hirst, is “the surface. The subject matter is secondary.” 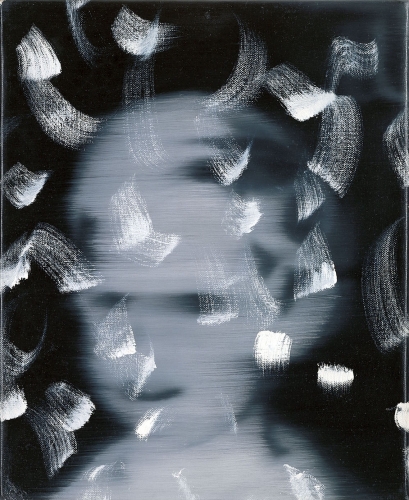 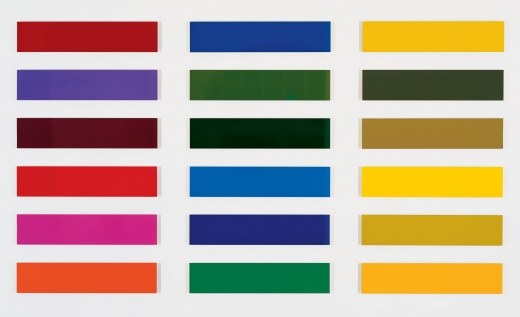 A color chart from Gerhard Richter’s “Paintings from Private Collections,” this one Achtzehn Farbtafein (Eighteen Colour Charts). Courtesy of the artist. 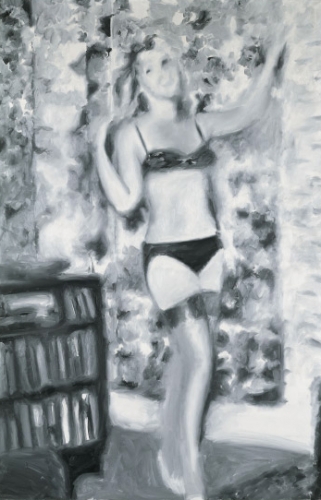 Gerhard Richter’s Olympia, from “Paintings from Private Collections.” Courtesy of the artist.

Given his exploration of different styles, Richter walks a fine line when it comes to modification of the image.  Says the Museum of Modern Art’s Kirk Vanedoe, Richter “shuttles between a form of photographic realism and a form of abstraction.”  Richter wavers between advocating the purity of image and modifying it.  He often blurs his portraits, imposes colors on his images, and so forth, but he has also claimed that “many amateur photographs are more beautiful than a Cézanne.”  Put another way, Richter changes the image only insofar as his modifications are warranted: only as they reflect what he sees as the image’s reality. 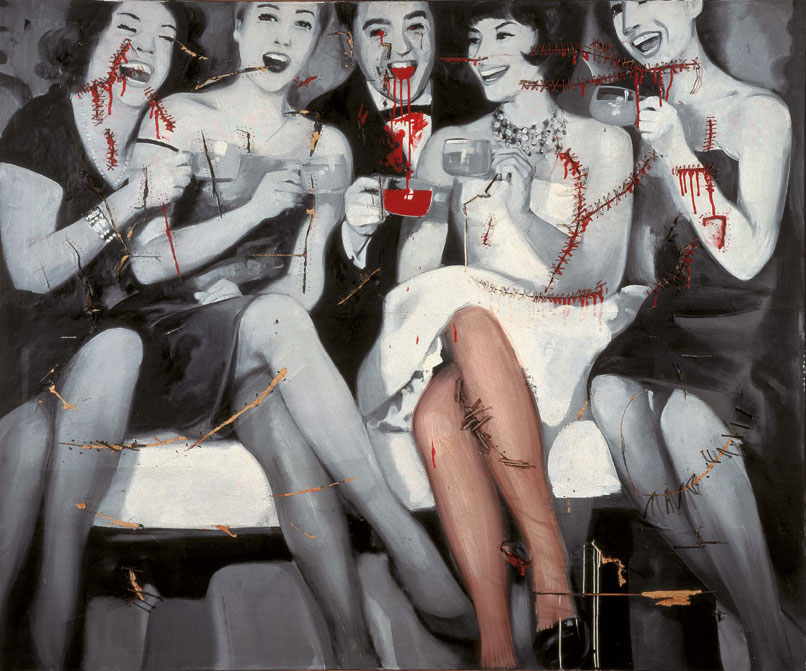 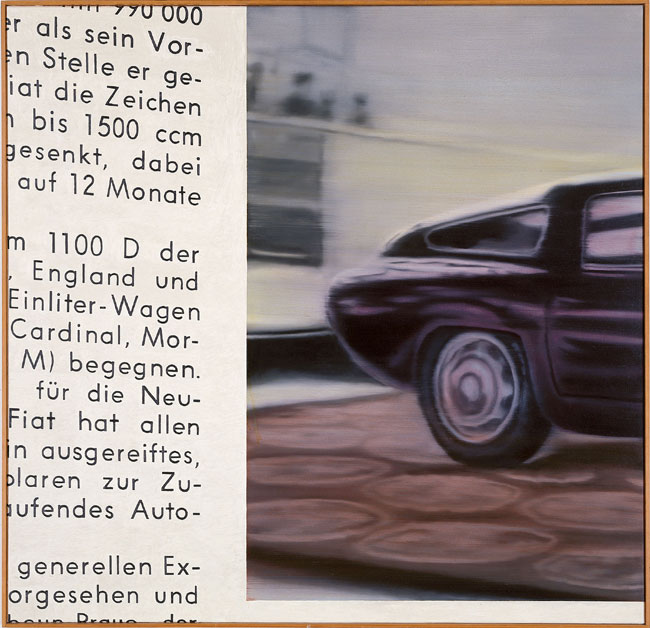 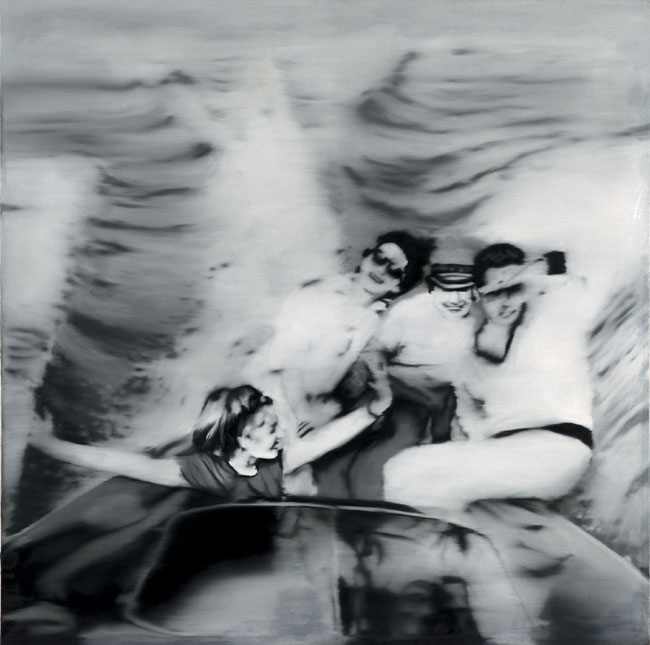 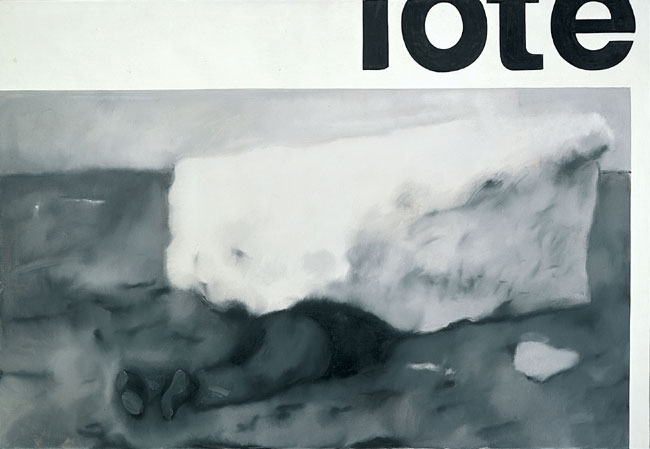 Born in Dresden in 1932, Richter studied at the Dresden Art Academy in East Germany, and at the Staatliche Kunstakademie Düsseldorf.  Since his first solo exhibition at the Mobelhaus Berges, Düsseldorf in 1963, Richter was Germany’s representative at the 1972 Venice Biennale, and has shown four times at the Documenta in Kassel, where he was awarded the Arnold Bode and Oskar Kokoschka Prizes.  The recipient of the 1967 Junger Westen Prize, Richter was first featured in the United States at New York’s Reinhard Onnasch Gallery in 1973.  MoMA has organized two retrospectives of the artist’s work, the first in collaboration with the Art Gallery of Ontario, Toronto. 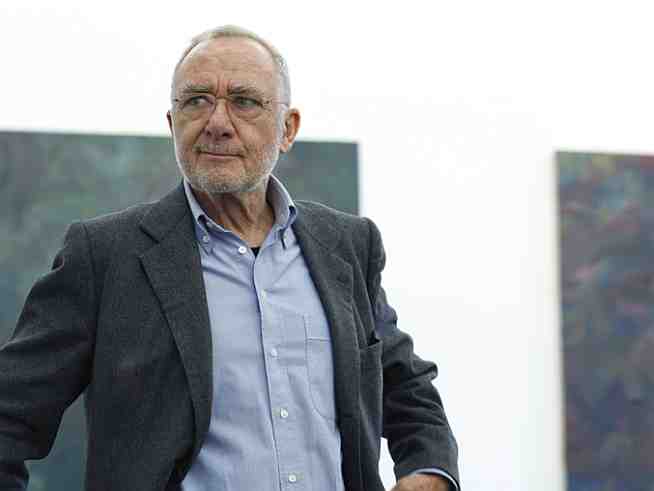 A picture of the artist.  via DenverArts. 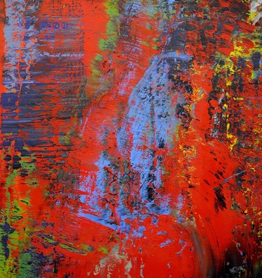 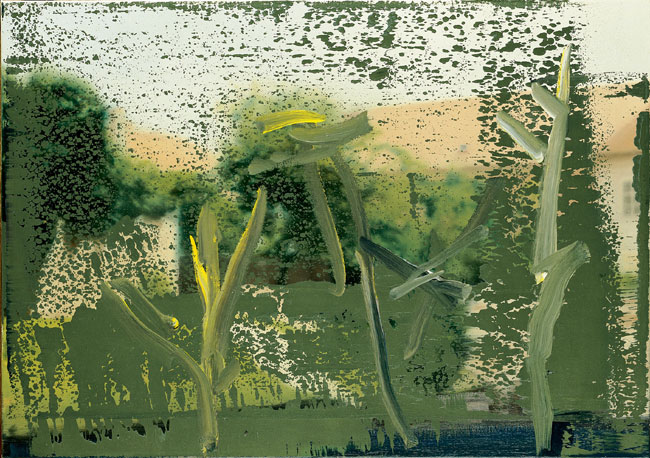 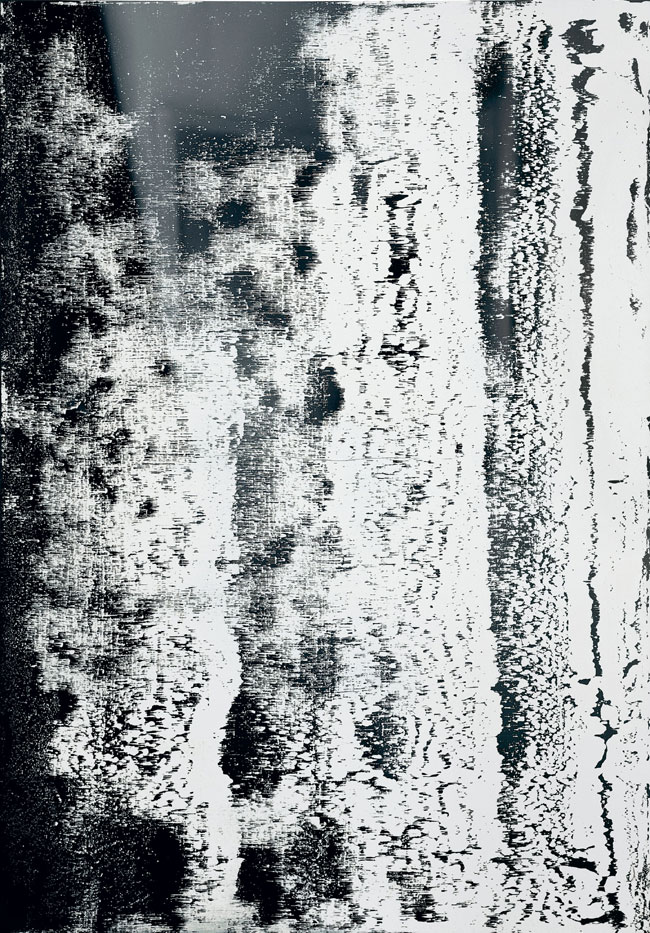 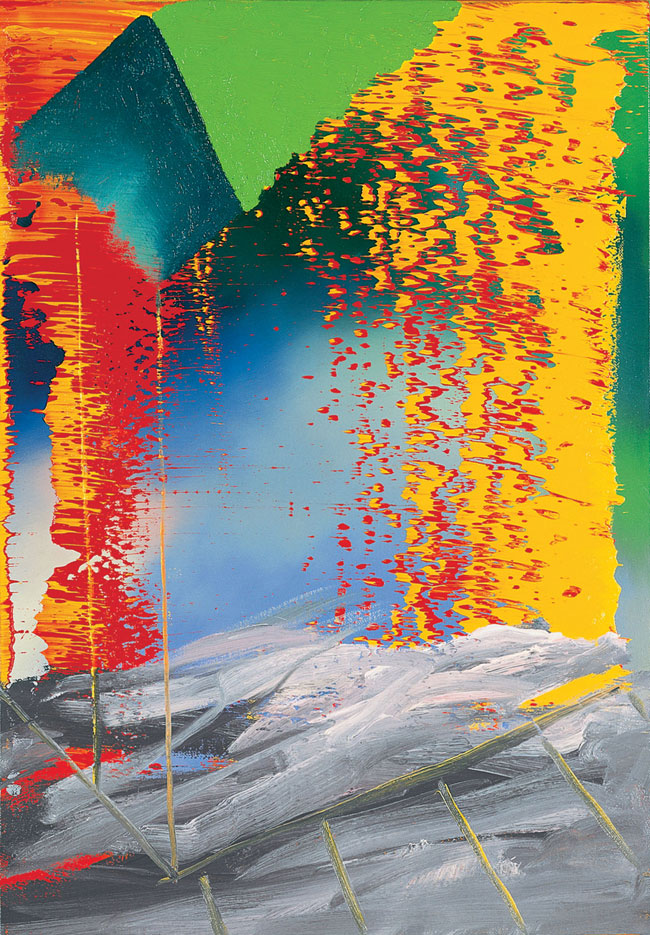 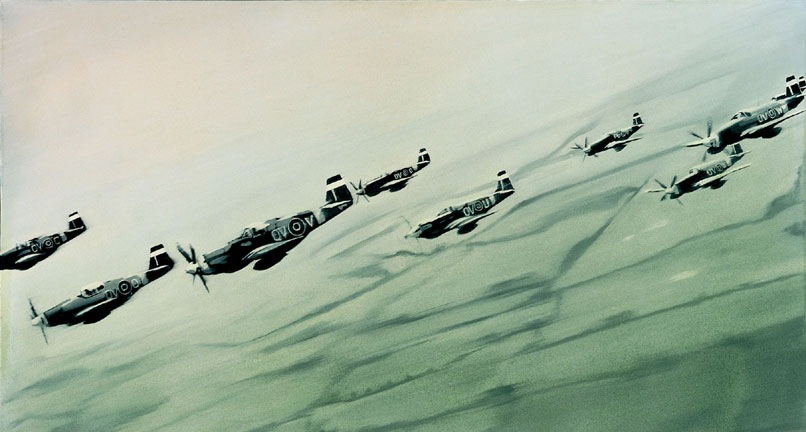 This entry was posted on Monday, June 29th, 2009 at 7:02 pm and is filed under Go See. You can follow any responses to this entry through the RSS 2.0 feed. You can leave a response, or trackback from your own site.