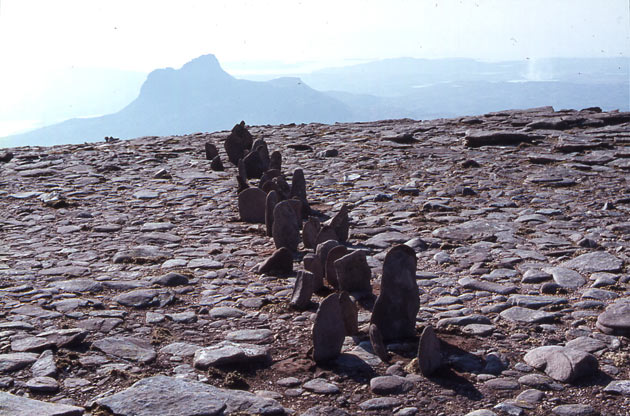 A line in  Scotland (1981) by Richard Long, via The Guardian

Currently on view at the Tate Britain is “Richard Long: Heaven and Earth.” This major exhibition is the artist’s first survey in London in eighteen years providing a venue on which to better understand the artist’s portrayal of the relationship between art and landscape. The exhibition features sculptures, large-scale mud wall works, and new photographic and text works which document his walks around the world. 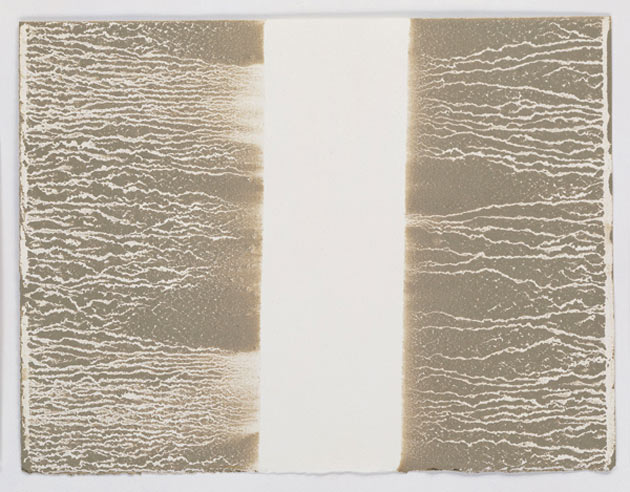 Untitled (Mud with Rivulets) (2005) by Richard Long, via The Guardian

Richard Long’s work is inspired by his love of nature and his habit of taking solitary walks.  Such walks have taken the artist to rural and remote areas in Britain and as far away as the plains of Canada, Mongolia, the Himalayas and Bolivia. He never changes the landscape that he uses but simply makes small altercations to the natural life he passes through such as by placing stones in a particular pattern or by making traces on the ground. In this way Long’s work explores the relationship between time, distance, geography, measurement and movement. 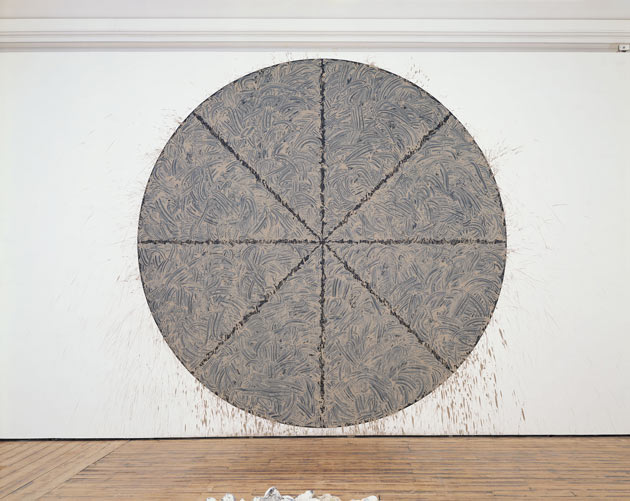 Haunch of Venison Circle (2005) by Richard Long, via The Guardian

A graduate of Central Saint Martin’s college in London, Long’s innovation sought to make his work part of the landscape.  Long is well-known for his early work “A Line Made by Walking.” In this piece he captures a sunlit day in 1967 when he caught a train South West out of Waterloo to go out to the English countryside.  There he found a field and walked back and forth until he flattened the grass in the form of a line. He photographed the line and went on his way. 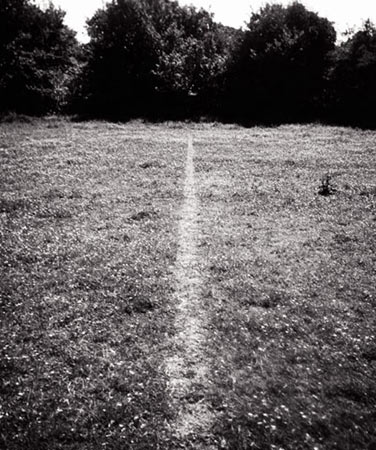 A Line Made by Walking by Richard Long, via The Guardian

“I could make a piece which was 10 miles long,” he stated in 1986. “I could also make sculpture which surrounded an area of 2,401 square miles by almost doing nothing, just walking and cycling.” Long explored what he called “relationships between time, distance, geography and measurement.” What is unique about this retrospective is that the curator has shifted the focus away from works of art Long creates or assembles in the gallery to emphasize the long walks the artist has been making both in his country and abroad since the 1960s.  Although Long never appears in his work, the viewer is constantly aware of his presence as if he were part of the landscape itself. 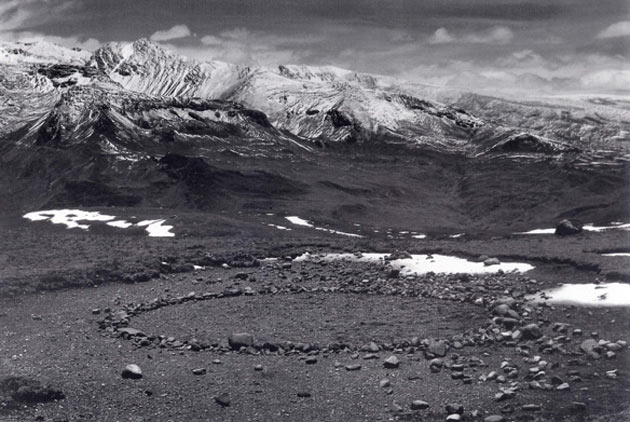 A Circle in the Andes by Richard Long, via The GuardianUK 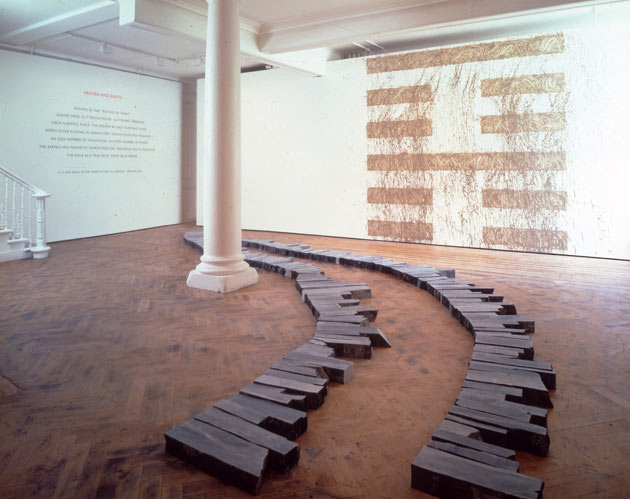 Cornwall Slate Lines (2003) by Richard Long, via The GuardianUK

This entry was posted on Saturday, June 20th, 2009 at 2:50 pm and is filed under Go See. You can follow any responses to this entry through the RSS 2.0 feed. You can leave a response, or trackback from your own site.