Go See – New York: “Dan Graham: Beyond” on view at the Whitney Museum of American Art through October 11th, 2009 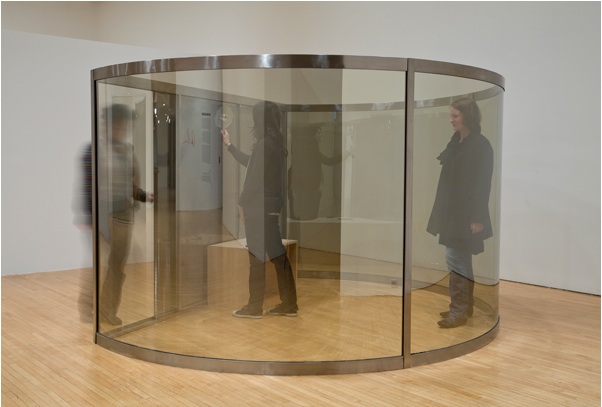 Dan Graham’s first U.S. retrospective is currently on view at the Whitney Museum of American Art. The artist’s work has been highly influential since the 1960’s.  He has close personal and professional ties with Sol LeWitt, Dan Flavin and Mel Bochner and as of yet his work has been seldom collected or recognized in the U.S. The show features a comprehensive sampling of his body of work in media including installation, text pieces, performance and site specific sculpture. At the core of his work, Graham is investigating public and private cultural systems and the extent to which his playful, often comic, interference can alter the way individuals relate to their surroundings, themselves and others. 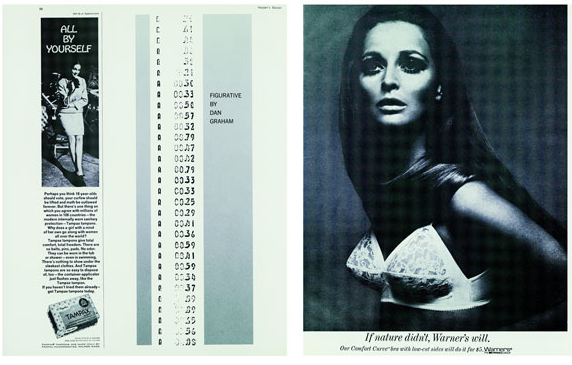 Graham’s role as co-founder and director of the short-lived John Daniels Gallery effectively forged the relationship that Graham would have with artists, the conceptual and minimalist movements and the art market for years to come. The financial demise of the gallery made it necessary for the artists to move back into his family home. The images featured in Homes for America were culled from the artist’s daily commute to and from New York City. Homes for America, first realized as a slide-show and later published as a magazine photo essay, would be his first installment of highly un-collectable and difficult to categorize works. 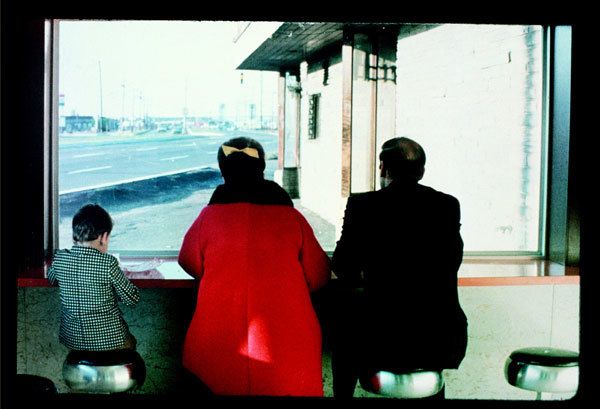 The subjects in Homes for America and the work of his contemporaries including Donald Judd and Sol LeWitt, piqued Graham’s interest in depersonalized constructed environments, both urban and suburban, and their imposition on contemporary life. Graham’s later works forced a sort of re-personalization where the audience is often subject and their private and public selves/lives are blurred.

In Performer/Audience/Mirror, Graham stood in front of a mirrored dance studio and verbalized actions as both he and the viewers were taking them to an audience that was seated directly behind him. 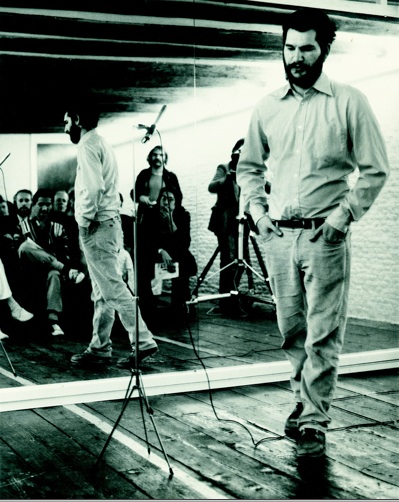 The visual of a reluctant community, individuals adjusting themselves and drawn to their own reflection rather than that of the artist, is central to the piece and serves as an indicator of the mirrored constructions that will monopolize Graham’s work since the 1970’s.

The clean lines and simple reflective surfaces of what the artist calls “pavilions” clearly link these Mirrored sculptures with minimalistic tendencies. However the artist does not wish to illuminate pure aesthetic forms. Graham intends to promote and deconstruct self awareness. 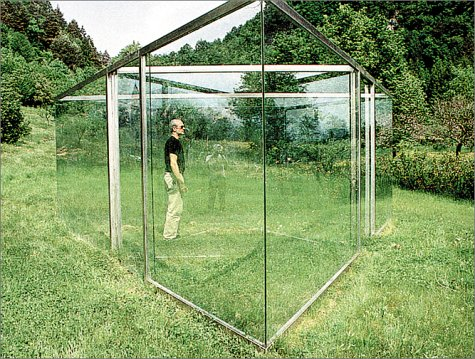 The artist, who only reluctantly refers to himself as such, makes his observations regarding self awareness via the audiences self reflection. The viewer becomes viewed, the subject objectified and the private is made public.

Other notable works in the exhibition include Detumescence, 1966; published August 1969 in the New York Review of Sex. Detumescence is an objective account of the male post-coital experience, simultaneously clinical and comical. Rock my Religion is a looped video piece that evidences Graham’s long term interest/involvement with Alternative Rock Music. The video collage seeks to link Punk with Puritan, mosh pit with prayer circle. 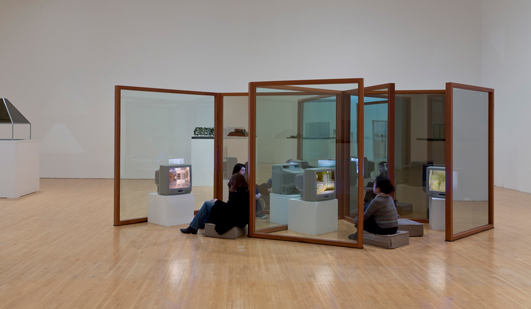 Installation view of Dan Graham: Beyond at the Museum of Contemporary Art, Los Angeles

Dan Graham: Beyond is co-curated by Bennett Simpson of the Museum of Contemporary Art, Los Angeles and Chrissie Iles of the Whitney Museum of American Art. The exhibition will be on view until October 11th.

This entry was posted on Tuesday, June 30th, 2009 at 8:37 am and is filed under Go See. You can follow any responses to this entry through the RSS 2.0 feed. You can leave a response, or trackback from your own site.