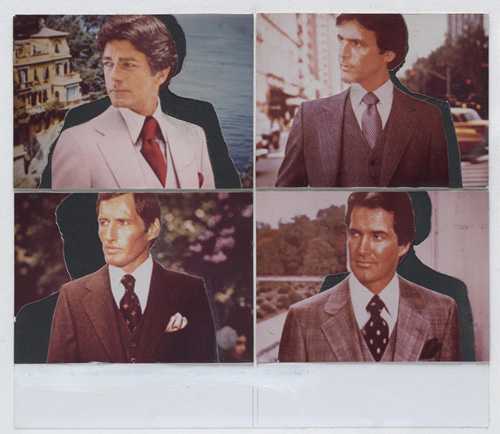 Untitled (Four Single Men with Interchangeable Backgrounds Looking to the Right) (1977) by Richard Prince, via The Met

Currently on view at the Metropolitan Museum of Art is “The Pictures Generation, 1974-1984.” It is the first major museum exhibition devoted entirely to the “Pictures Generation,” a close-knit group of artists concentrating on the self-reflexive and critical principles of Minimal and Conceptual Art.  The exhibition explores how images shape perceptions of ourselves and the world and features 160 works made in all media by thirty artists including Cindy Sherman, Richard Prince, Barbara Kruger, Sherrie Kruger, Sherrie Levine, Robert Longo, Louise Lawler, Laurie Simmons and David Salle. 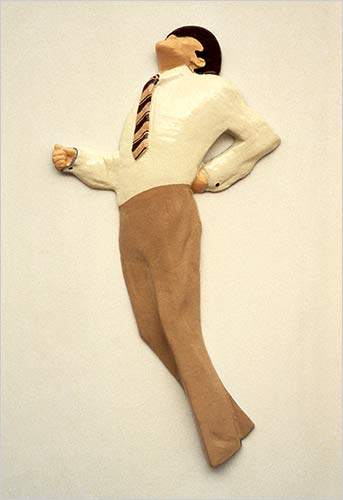 The artists represented in the exhibition refer to only one kind of art being made at the time. Born in the Mid-1940s to early 1950s and growing up during the era of the Cold War, many artists from this group were influenced by the effects of Pop Art and Conceptualism where ideas replaced objects and images and the very meaning of art was questioned. 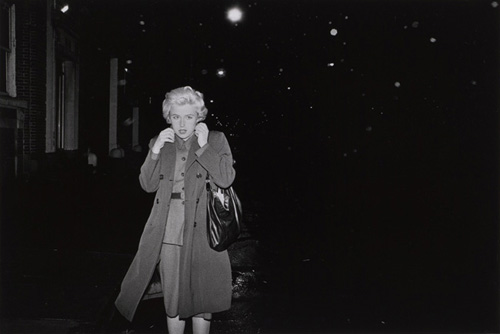 The term “Pictures” was first used for Douglas Crimp’s “Pictures” show at Artists Space in 1977. It was accompanied by an essay later revised and reprinted in the journal October where he wrote of a new art “whose dimension is literally or metaphorically temporal” relying on the “processes of quotation, excerptation, framing, and staging…underneath each picture there is always another picture.” 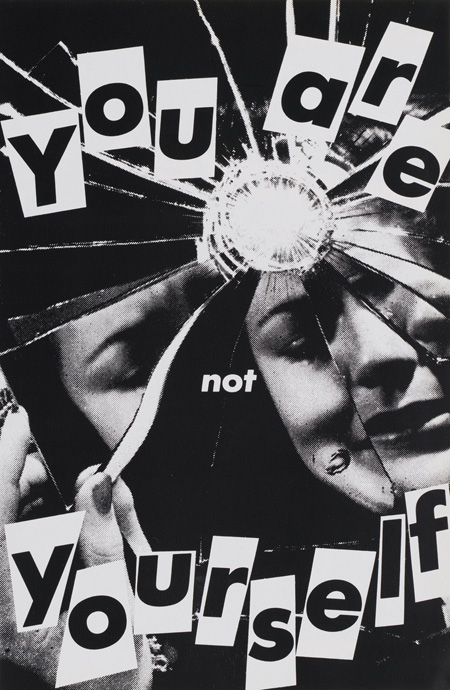 Untitled (You are not Yourself) (1981) by Barbara Kruger, via The Met

Emphasized throughout the exhibition is the idea of different generations having distinct relationships to art and culture. Even so, what is striking is the stylistic diversity of the work displayed. For example, David Salle, normally known for his paintings, is seen here as an installation artist. Matt Mullican, whose work usually centers on large-scale prints, is represented in the show by a small collage made up of dead figures taken from action comics. 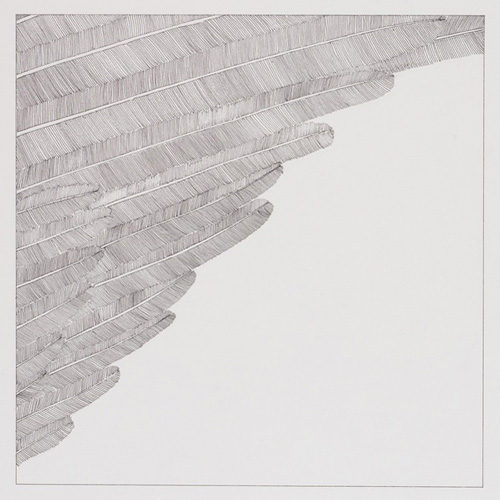 Framed Section of an Angel’s Wing (1978) by Matt Mullican, via The Met

Curated by Douglas Ecklund, the exhibition is a breakthrough about the enormous influence of the “Pictures” artists and the power of branding in art. 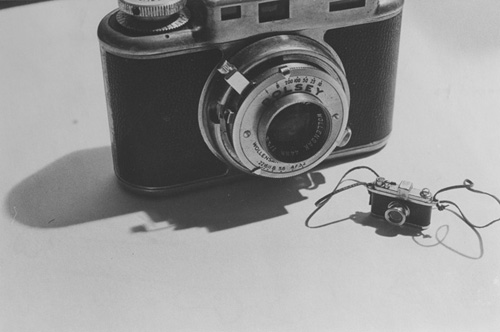 Big Camera, Small Camera (1977) by Laurie Simmons, via The Met 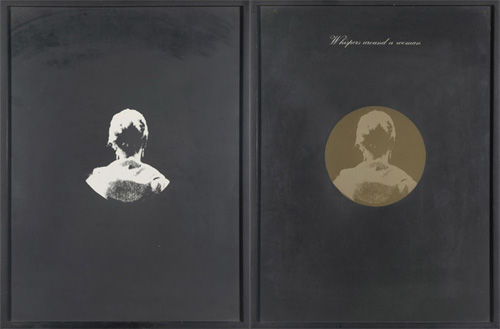 Golden Distance (1976) by Tony Brauntuch, via The Met

This entry was posted on Sunday, June 7th, 2009 at 8:12 pm and is filed under Go See. You can follow any responses to this entry through the RSS 2.0 feed. You can leave a response, or trackback from your own site.