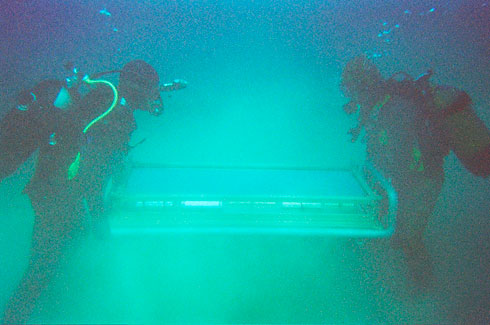 The Deste Foundation released this “preview” image days before “Blood of Two,” took place on Hydra Island. Via [The Moment]

Matthew Barney and Elizabeth Peyton collaborated, for the first time, on an unusual exhibition this week. “Blood of Two,” a site-specific instillation, acted as an inauguration of sorts for the Deste Foundation’s move to their new “mysterious yet evocative”  location: Slaughterhouse, a project space on the Greek Island of Hydra.  Preceding the event was an exclusive dinner for the artists, collectors and curators, hosted by the founder of the foundation, art collector and Greek billionaire Dakis Joannou. 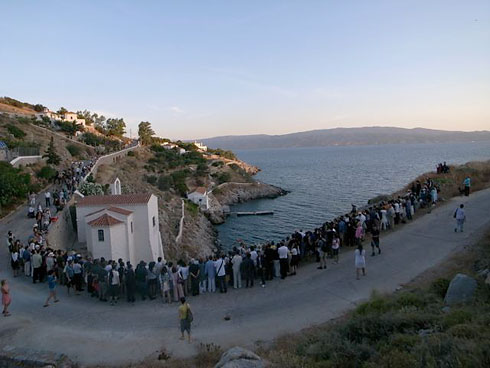 Gatherings around Elizabeth Peyton and Matthew Barney’s collaborative procession: “Blood of Two.” Via The Moment

Details of the project were kept secret up until the unvieling on the 16th of June, when Peyton and Barney began with a procession, attended by several hundreds, amidst the early morning light. A fishing boat full of black-suited divers pulled a glass sarcophagus  full of cryptic artworks from the water, and the corpse of a shark was laid upon it. 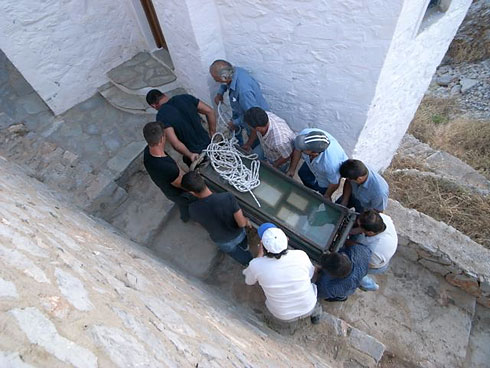 A glimpse of local fisherman carrying the glass sarcophogus to the slaughterhouse. Via The Moment

The procession moved on, accompanying the mysterious vessel to the slaughterhouse, where small artworks by Peyton and Barney were on display.  In what was described as a “climatic moment”, the glass bottle was unsealed by a leading fisherman and small, graphite drawings by Barney and Peyton flowed forth from the water. The drawings “mixed elements of symbolist imagery and nautical fantasies.” 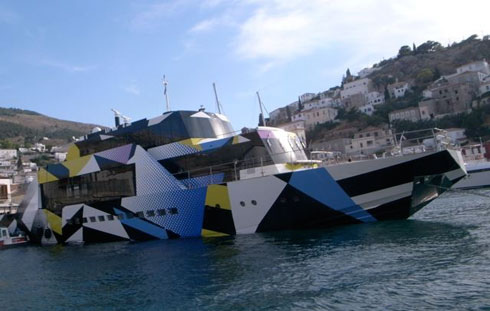 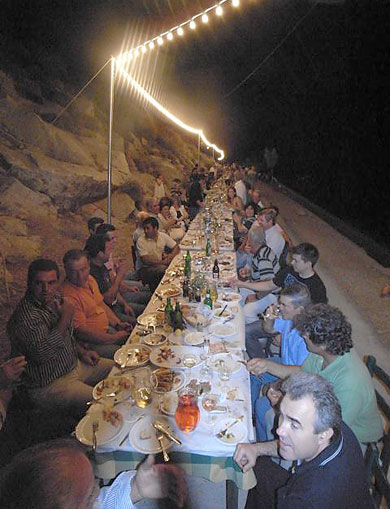 The post-event festivities. Via The Moment 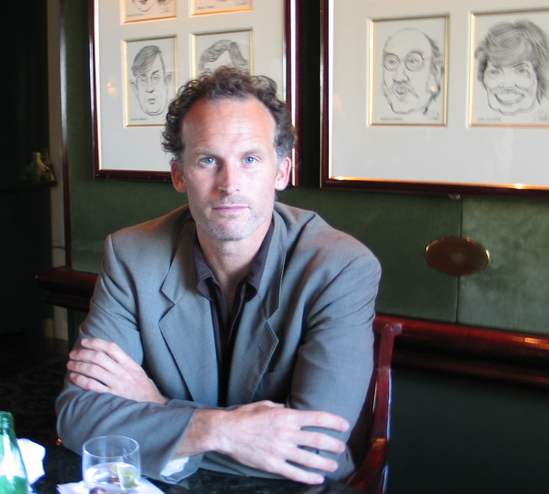 A portrait of Matthew Barney. Via Indiwire

The exhibit marked the first time Barney and Peyton collaborated together. Matthew Barney, a sculptor and filmaker, was born in California in 1967 and is perhaps best known as the creator of the “Cremaster” films, a series of intricate works created out of sequence.  Elizabeth Peyton, born in Connecticut in 1965, is well known for her stylized portraits, which often portray elongated figures with androgynous features. Her work can be found in the collections at the Museum of Modern Art in New York and the Center Pompidou in Paris. Together, the artists made for an exceptionally rare and intriguing island-exhibit. 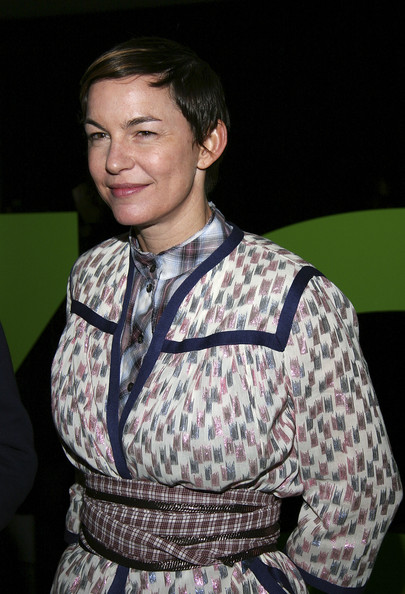 The exhibition “Blood of Two” will run through the spring of 2010.

This entry was posted on Friday, June 19th, 2009 at 9:57 pm and is filed under Art News. You can follow any responses to this entry through the RSS 2.0 feed. You can leave a response, or trackback from your own site.