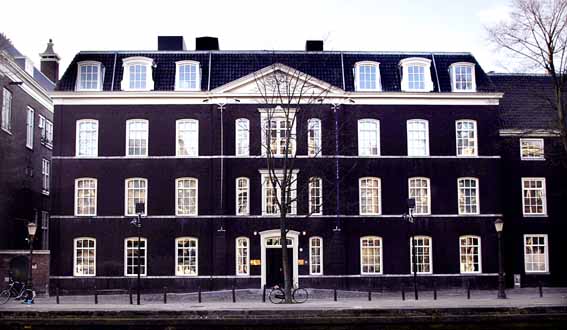 The Hermitage Amsterdam opened its doors on June 20, the first branch of the State Museum in the West.  Housed in the Amstelhof, originally built as a charitable home in the the 1680’s, the Hermitage Amsterdam “is the culmination of nearly two decades of planning,” says Ernst W. Veen, Managing Director of Hermitage Amsterdam.  The museum itself will be supported by sponsorship and admission, functioning, continues Veen, as “a continuation of more than 300 years of close ties between Amsterdam and St Petersburg.”  Accordingly, The inaugural exhibition presents over 1,800 works drawn from the holdings of the State Hermitage Museum.  Per Hermitage Amsterdam, the show is “a scholarly researched exploration of the opulent material culture, elaborate social hierarchy and richly layered traditions of the Tsarist court at its height in the 19th century.”

Wedding of Nicholas II and Grand Princess Alexandra Fyodorovna at the Grand Church of the Winterpalace (1895, oil painting), at Hermitage Amsterdam.

Designed by Merkx+Girod Architecten and inspired by the Winter Palace, the inaugural exhibition recreates a century of history at the Russian court.  One wing of the museum is devoted to court protocol; another details the luxury of its parties and balls.  Featured pieces include court paintings by Ilya Repin and Franz Xaver Winterhalter, Fabergé jewelry, and even the last tsarina’s grand piano.  Also showing is a video filmed entirely at the State Hermitage Museum by Russian film director Alexander Sokurov.  “At the Russian Court,” which spans the reigns of six tsars, will close on January 31.  Hermitage Amsterdam will continue to host two large-scale exhibitions annually which focus on Russian culture and treasures. 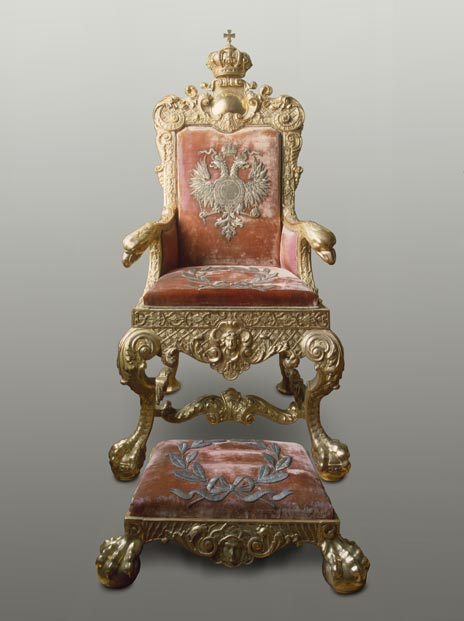 Russian throne with double-headed eagle and footstool (1797), at Hermitage Amsterdam. 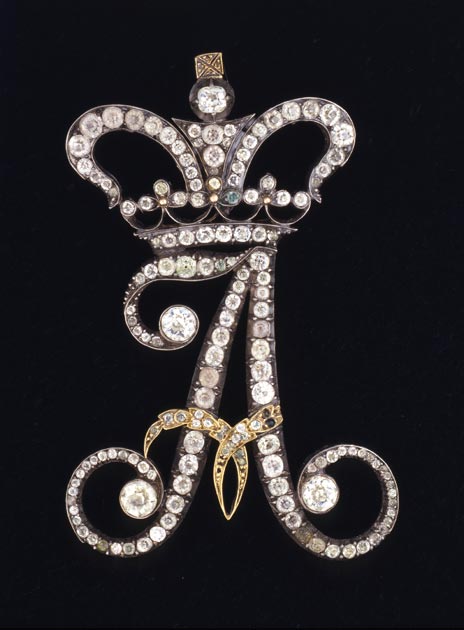 Monogram of Alexandra Feodorovna in the shape of the letter A (1825-1855), at Hermitage Amsterdam. 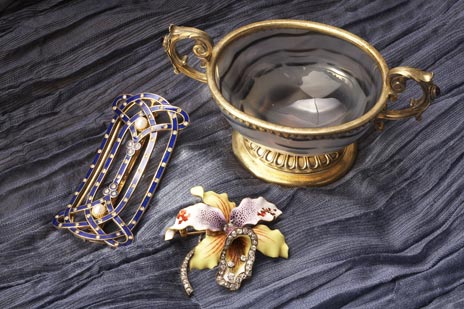 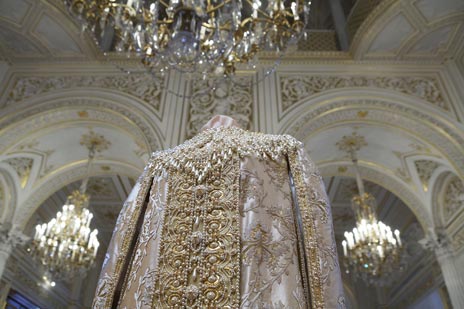 Masquerade costume of Grand Duchess Ksenia Aleksandrovna-‘Boyarina’ (1903), part of “At the Russian Court” at Hermitage Amsterdam. 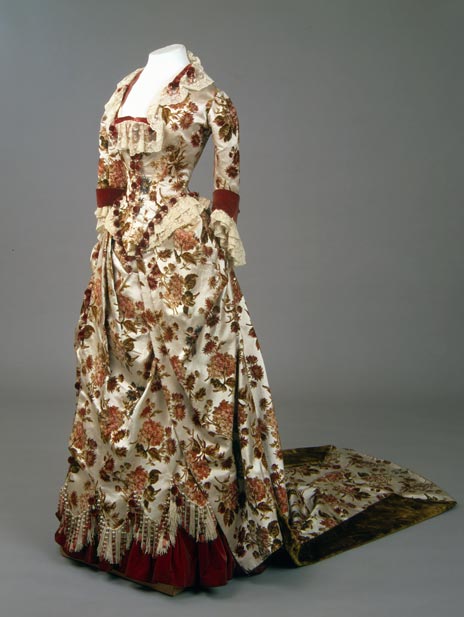 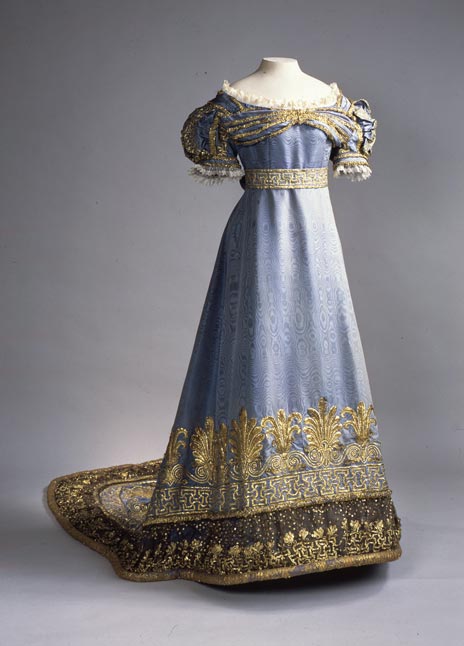 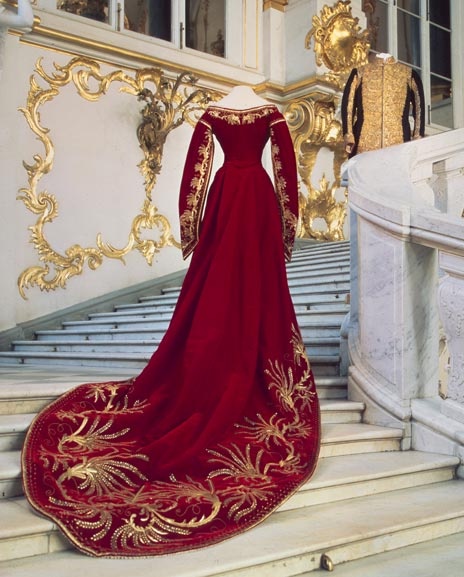 The State Hermitage Museum was founded in 1764, with Tsarina Catharine the Great’s patronage.   Its holdings number in the millions, with only 650,000 of those on display at any given time.  Among them are Rembrandts and Da Vinci’s, the paintings of Matisse and marble sculptures by Canova. 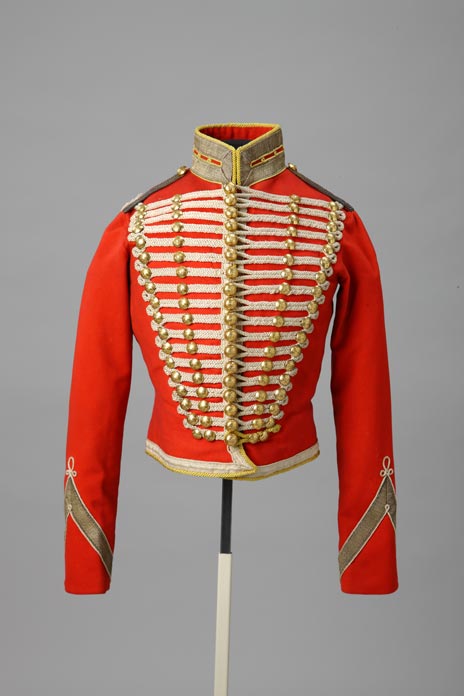 Officer’s dolman [hussar’s jacket] for children with a sabrtache of the Hussar Regiment of the Life Guards (1829-1855), at Hermitage Amsterdam. 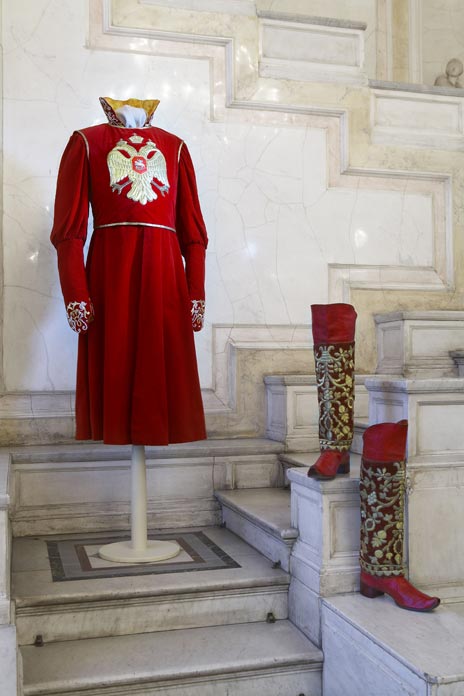 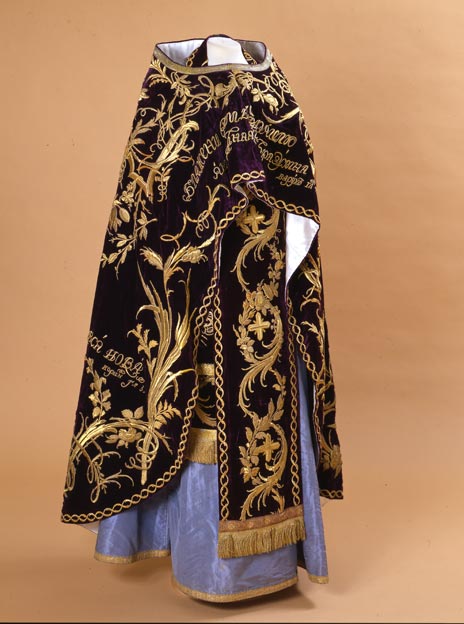 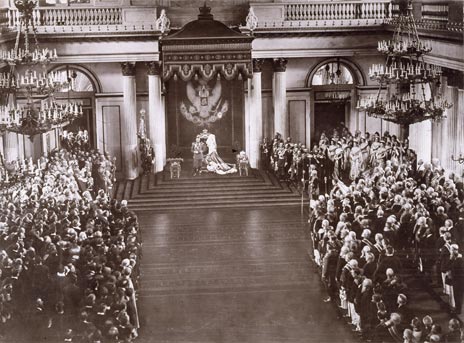 Speech from the Throne by Nicholas II (1906, photograph), at Hermitage Amsterdam.

This entry was posted on Thursday, July 16th, 2009 at 8:10 am and is filed under Go See. You can follow any responses to this entry through the RSS 2.0 feed. You can leave a response, or trackback from your own site.