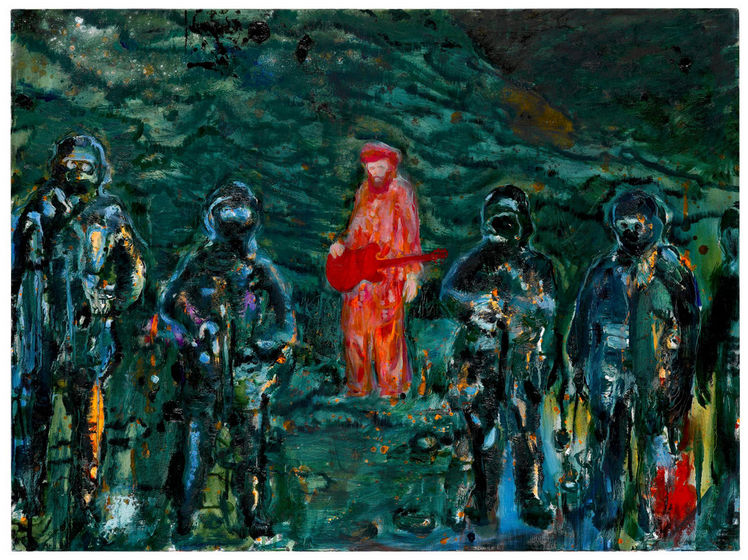 Daniel Richter’s Angel of Death Metal, part of “Oh La La,” an exhibition of the artist’s works at CFA Berlin.

CFA Berlin is currently showing paintings by Daniel Richter.  “Oh la la” will be the artist’s sixth solo exhibition at CFA Berlin, which has represented him since his first solo show there in 1995.  Other works by the artist are also on display at Essl Museum, Klosterneuberg. 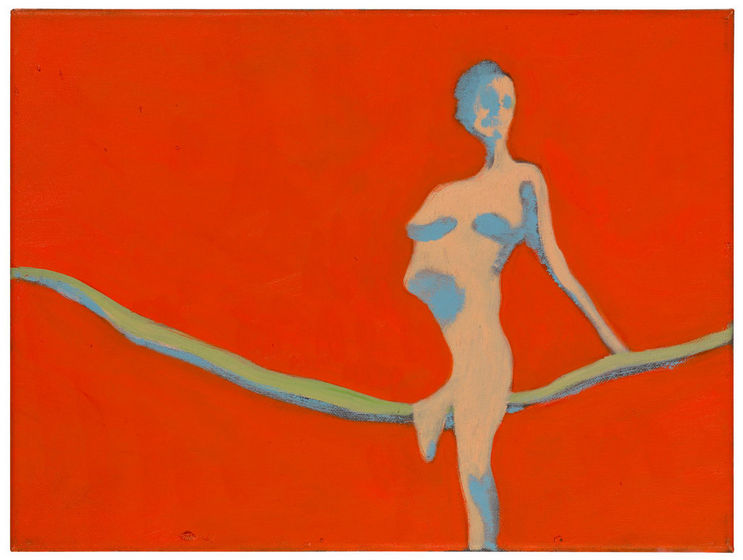 Richter often paints from photographs, especially the military figures that are pronounced in Buffalo Soldier.  Similarly, his four “Winterreise” paintings read as if they could easily have been taken from successive photographs of a winter scene.  His figures are interchangeable, their props fuzzy.  “One minute,” says Richter, “you have the melancholic blues folk musician, the heroic poor guy.  The next, you have the lost soul of a soldier entering a vast enemy area.”  Sadness and humor overlap here, with grotesque, misshapen fans and pitiful souls mourning Bigfoot (in Fans and Big Foot is Dead, respectively). 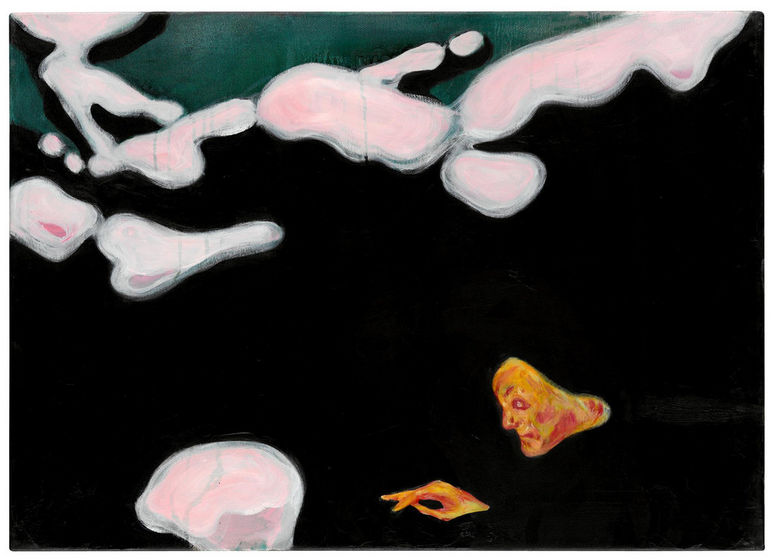 Daniel Richter was born in 1962 on the outskirts of Hamburg, moving to the city at seventeen, only to fall in with some young punk rock musicians.  Soon he was designing their posters and album covers, and by 1992 enrolled in Hamburg’s College of Fine Arts.  Beginning first with freeform color and line, Richter slowly began to move into the ambiguous figuration which pervades his current show at CFA Berlin — though he never left behind the guitars and rock heroes which figure prominently in his work.  Richter never uses assistants, so that he can take from two months to two years to complete a painting. 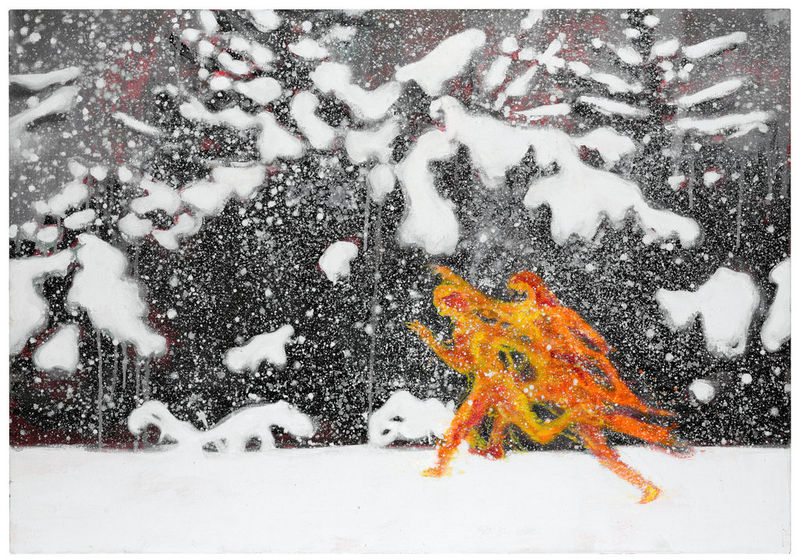 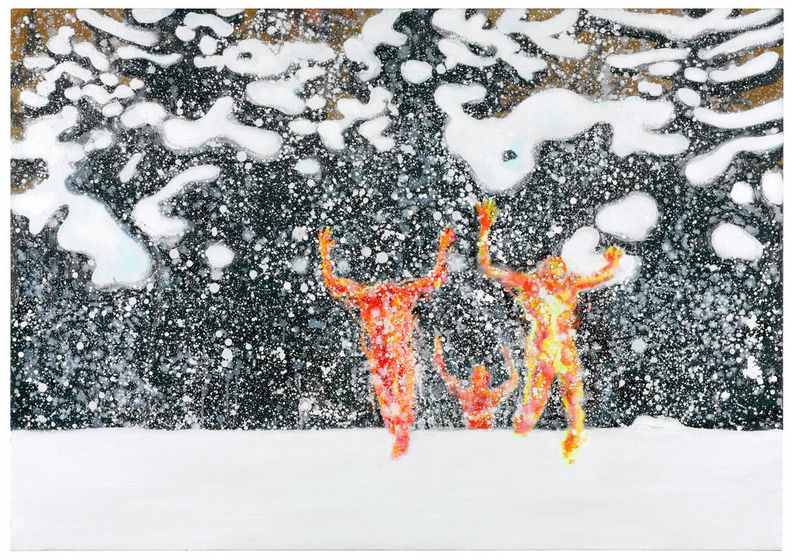 New York’s David Zwirner Gallery and LA’s Regen Projects have both had sold-out shows of the artist’s work, and a major retrospective of over sixty of his works has been hosted by the Denver Art Museum after touring Europe.  Richter has had other solo shows all around the world, including exhibitions at the National Gallery of Canada, Ottawa; Patrick Painter, Inc., LA; and more.  He has been featured in group exhibitions at, among other galleries, City Gallery, Prague; The Saatchi Gallery, London; Douglas Hyde Gallery, Dublin; and a simultaneous show at Mori Art Museum in Japan and Berlin’s Neue Nationalgalerie. 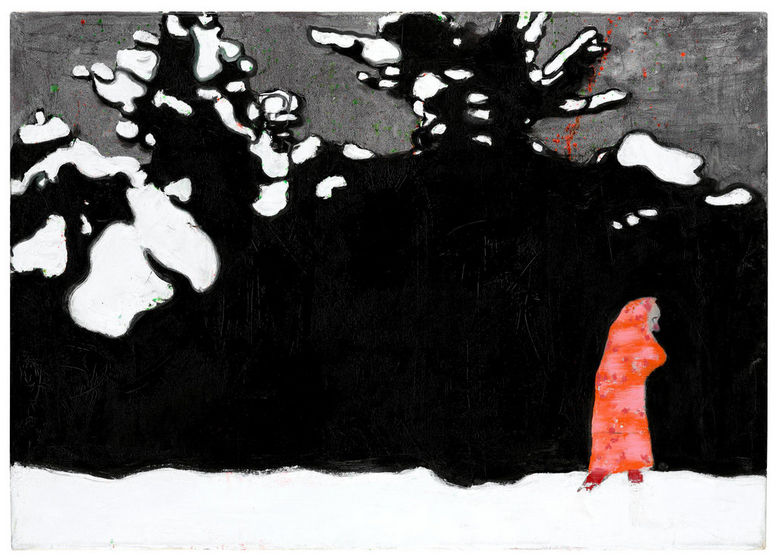 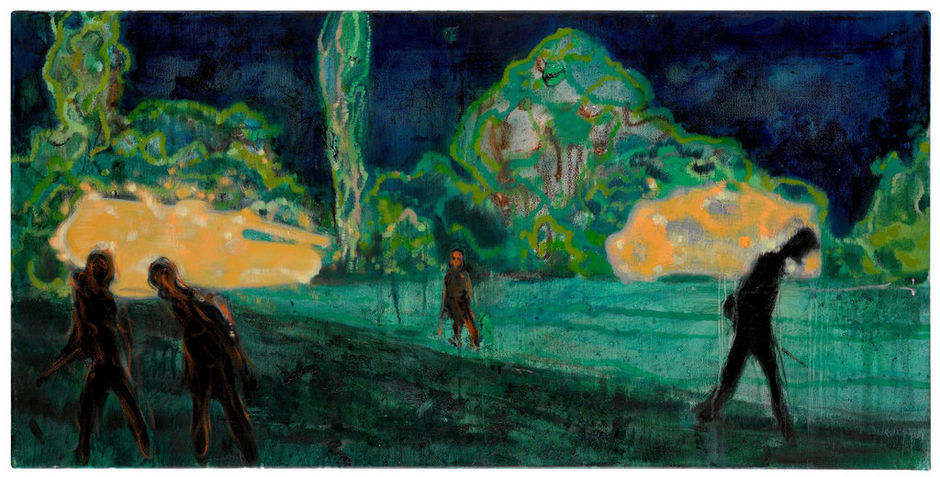 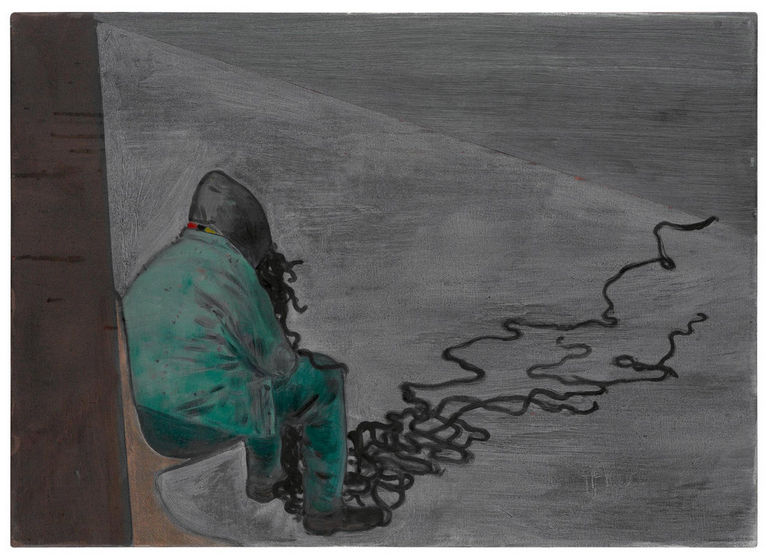 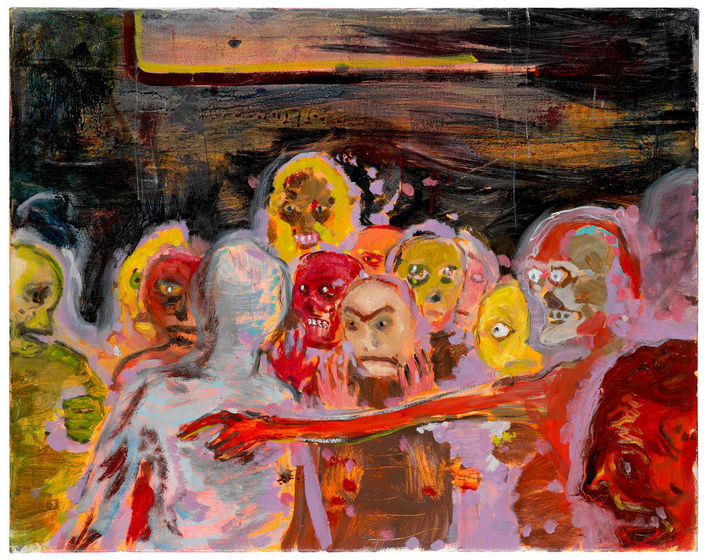 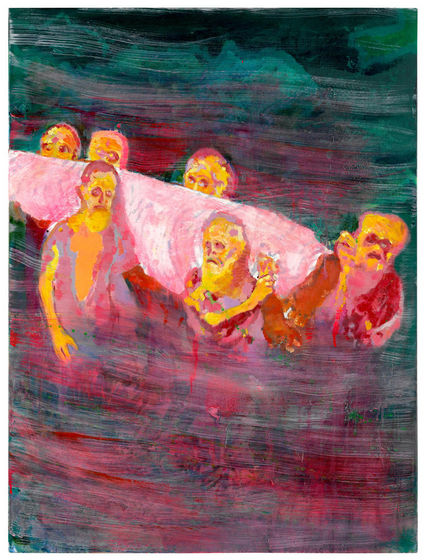 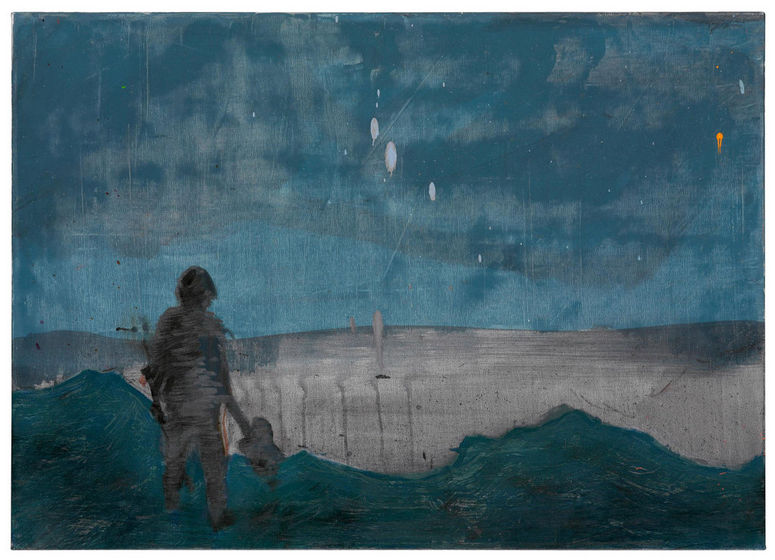 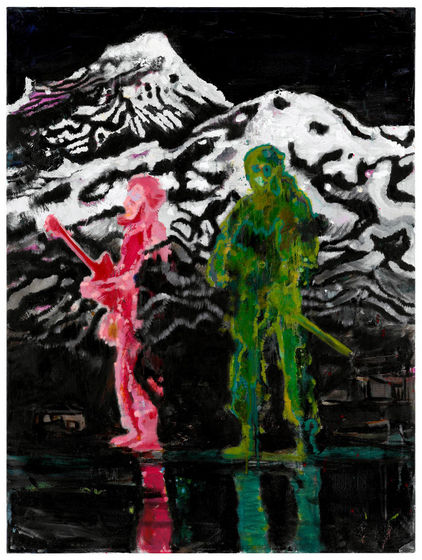 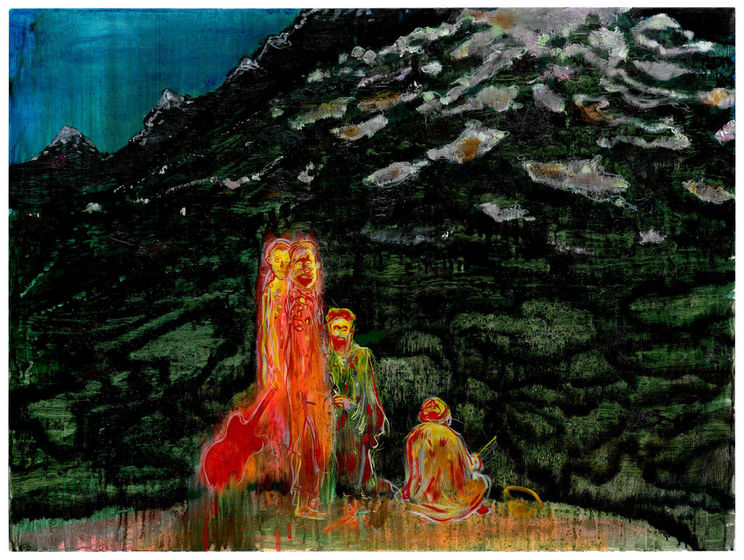 Daniel Richter, Bande on the Run, at CFA Berlin. 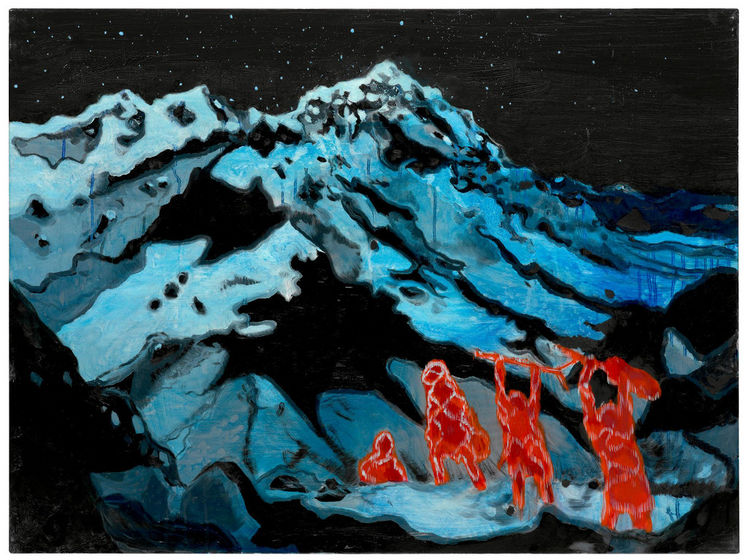 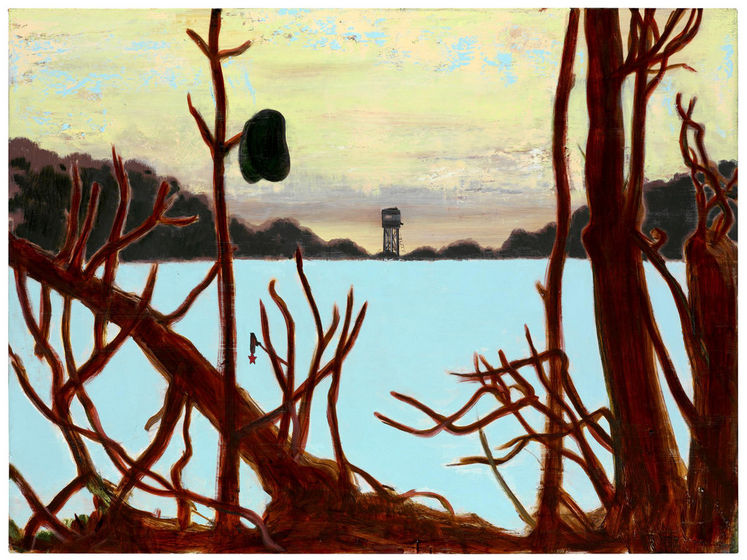 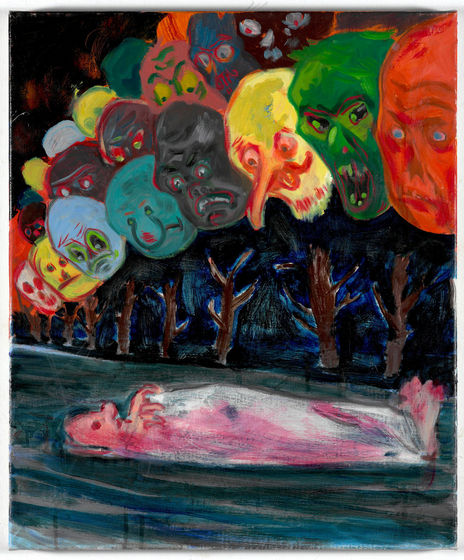 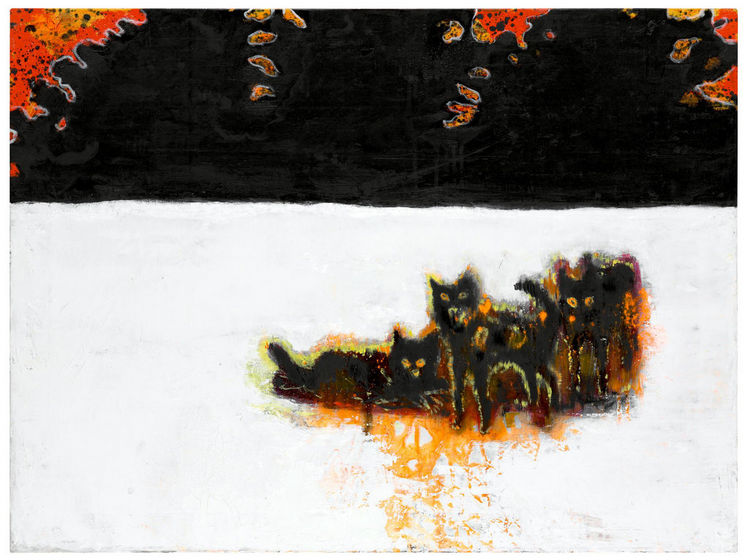 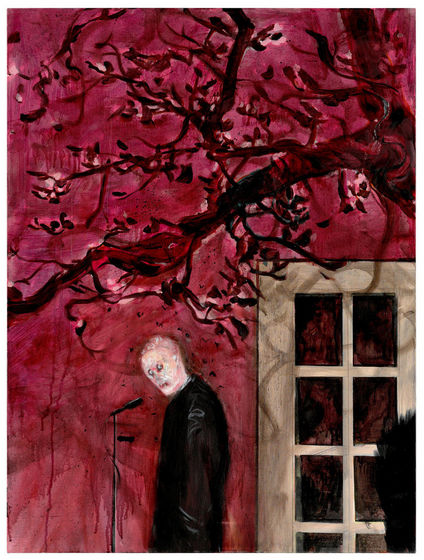 Daniel Richter, To Think I Was the Former Man in Charge, at CFA Berlin. 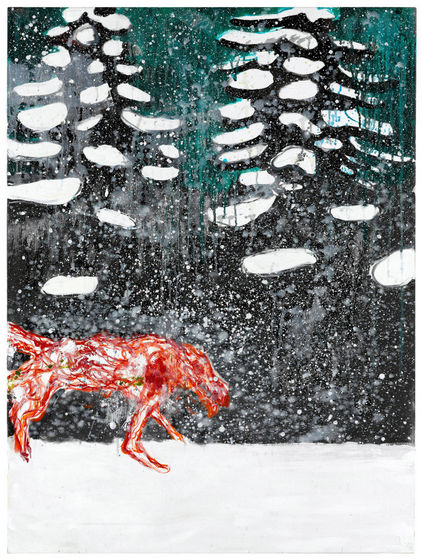 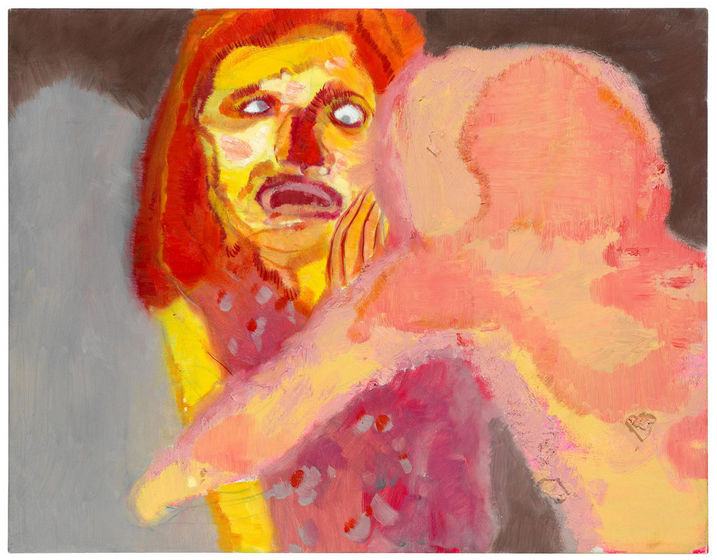 An image of the artist, courtesy of the gallery.

This entry was posted on Tuesday, July 21st, 2009 at 8:33 am and is filed under Go See. You can follow any responses to this entry through the RSS 2.0 feed. You can leave a response, or trackback from your own site.