May 19th, 2022
REFERENCE LIBRARY
Home » Don’t Miss – Frankfurt: ‘CARAVAGGIO IN HOLLAND: Music and Genre in the Paintings of Caravaggio and the Utrecht Caravaggists’ at The Städel Museum through July 26, 2009

Don’t Miss – Frankfurt: ‘CARAVAGGIO IN HOLLAND: Music and Genre in the Paintings of Caravaggio and the Utrecht Caravaggists’ at The Städel Museum through July 26, 2009 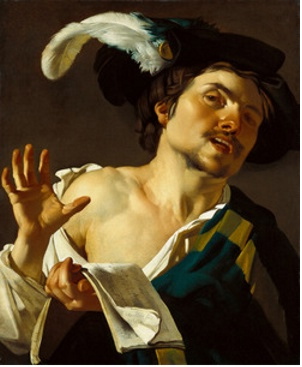 Through July 26, The Städel Museum is showing forty works by Caravaggio and his contemporaries in genre, the so-called Utrecht Caravaggists. Sponsored by Stiftung Flughafen Frankfurt/Main für die Region, the exhibition includes paintings by Henrick Terbrugghen, Gerard van Honthorst, and Dirck van Baburen, whose 1622 painting of a disheveled musician recently joined the Städel’s holdings.

Caravaggio, The Coronation with Thorns, at The Städel Museum. Via ArtTattler.

Showing paintings on musicians, of which many have been preserved from the 1620’s.  During that decade, the painters featured in the show painted in a small laboratory in the Dutch town of Utrecht.  After spending a year in Rome, learning the techniques of resident baroque artist Caravaggio, Tergrugghen, van Baburen, and van Honthorst utilized and built on Caravaggist tendencies, including lighting methods by which characters are almost spotlighted.  As the works of these painters grew from that of Caravaggio, the exhibition revolves around a Caravaggio painting, Lute Player (c. 1600). 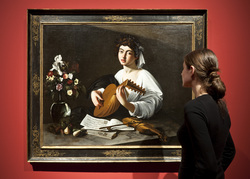 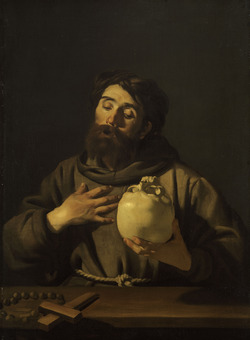 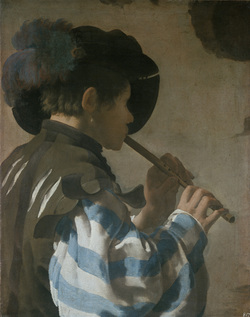 Over forty museums from Europe and the United States are supporting the exhibition.  Among them are the Kunsthistorisches Museum in Vienna; Munich’s Alte Pinakothek; the Rijksmuseum in Amsterdam; Boston’s Museum of Fine Arts; and Utrecht’s Centraal Museum.  This is the first time since 1987 that paintings by these Utrecht Caravaggists are showing in Germany. 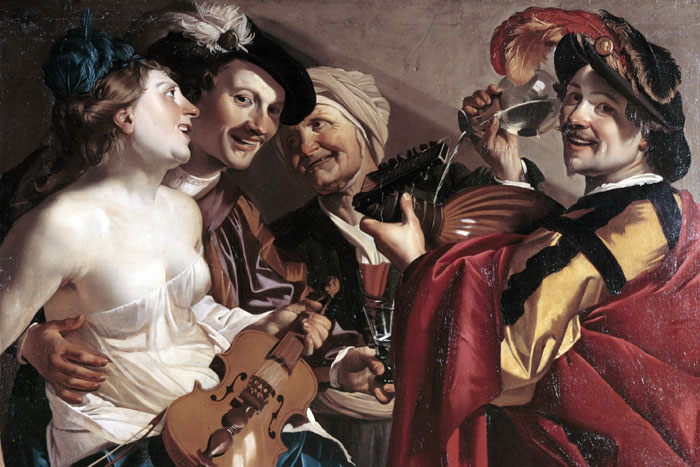 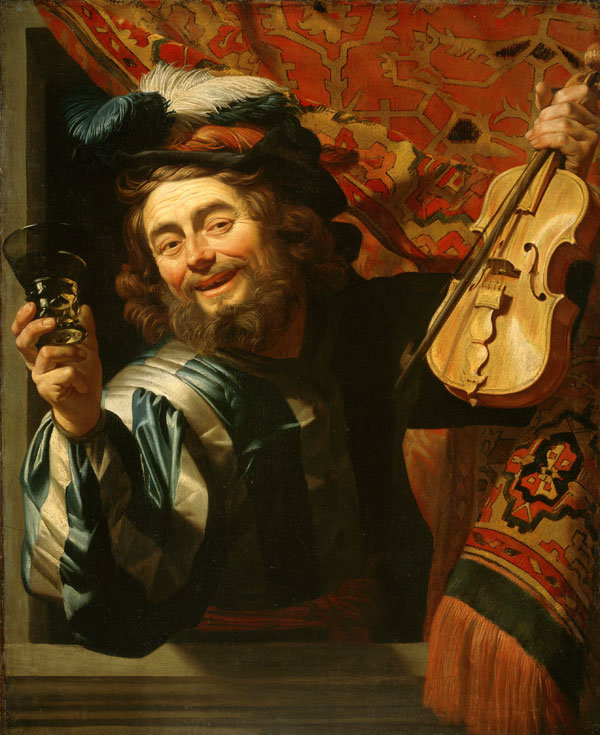 Gerard van Honthorst, The Merry Violinist with a Wine Glass, at the Städel Museum. Via ArtTattler. 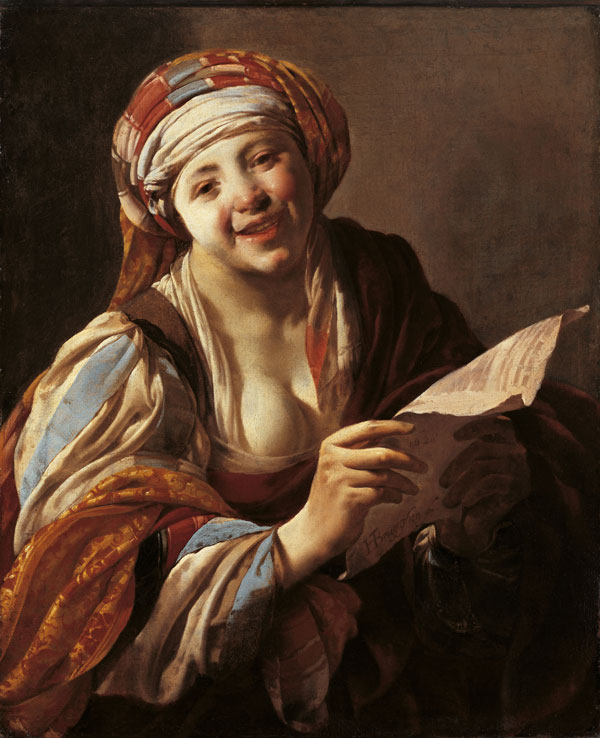 Hendrick Terbrugghen, Young Woman Reading from a Sheet of Paper, at The Städel Museum. Via ArtTattler. 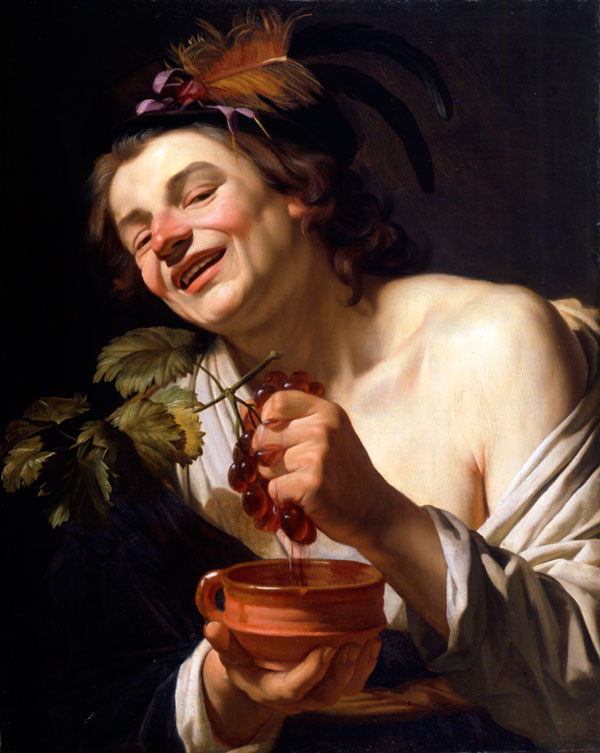 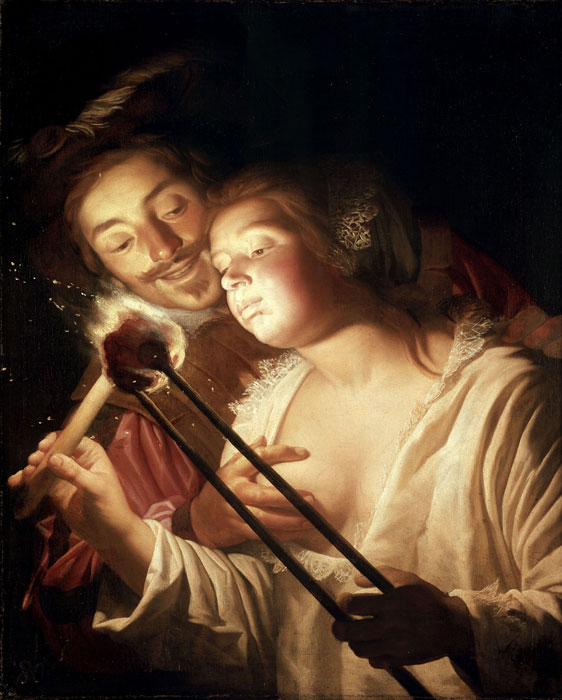 Gerard van Honthorst, Girl Blowing on Coal, Embraced by Her Lover, at The Städel Museum. Via ArtTattler.

This entry was posted on Tuesday, July 21st, 2009 at 7:05 pm and is filed under Go See. You can follow any responses to this entry through the RSS 2.0 feed. You can leave a response, or trackback from your own site.