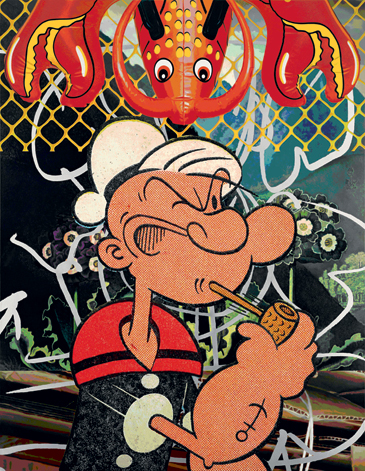 Popeye, part of the new Jeff Koons exhibition at the Serpentine by the same name.

Jeff Koons’s first major exhibition in a public gallery in England opens tomorrow.  The show at the Serpentine features works drawn from public and private holdings, and some new works on display for the first time.  The “Popeye Series” “creates a world beyond taste,” appropriation art at its finest.  The extraordinary and the mundane are put side by side: Popeye and and Olive Oyl are embedded in multi-layered paint.  Garbage cans and chairs, chains and even the occasional inflatable, are put to use in the sculptures of the “Popeye Series.”

The Telegraph comments on the exuberance and humor in the Koons exhibition.

Koons’s work often addresses childhood, sexuality, consumerism, and banality.  This series is no different: it asks the audience to consider a well-known children’s character with adult ramifications.  Popeye originally addressed the hardships many suffered during the Great Depression.  In this current reframing of the cartoon, the character becomes a symbol of consumerism, and a maturation through consumerism.  Koons’s audience has grown up with Popeye, and with the everyday materials of which the series is constructed. Put another way, says Koons, “Maybe art is the spinach.”

Koons poses with a piece from his new exhibition at the Serpentine. via Reuters. 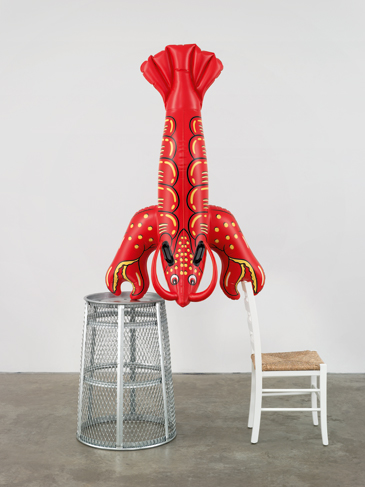 Acrobat, by Jeff Koons, at the Serpentine Gallery. 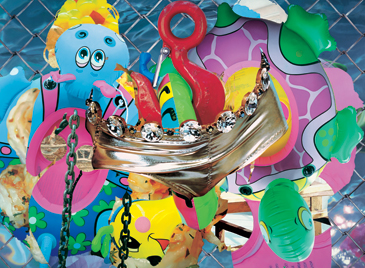 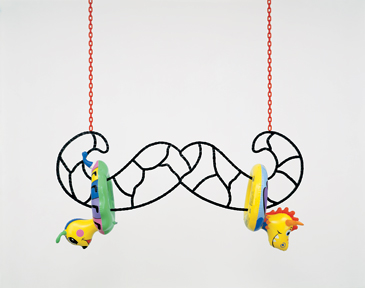 Born in York, Pennsylvania, in 1955, Jeff Koons was a businessman on Wall Street before he first became known for exhibitions in the early 1980’s that featured basketballs in salt water and vacuum cleaners in glass cabinets.  Since then, he has shown in galleries around the world.  In 2008 alone, solo shows by the artist have been hosted by the Château de Versailles, France; Neue Nationalgalerie, Berlin; Museum of Contemporary Art, Chicago; and the Metropolitan Museum of Art in New York.  Koons now lives and works in SoHo. 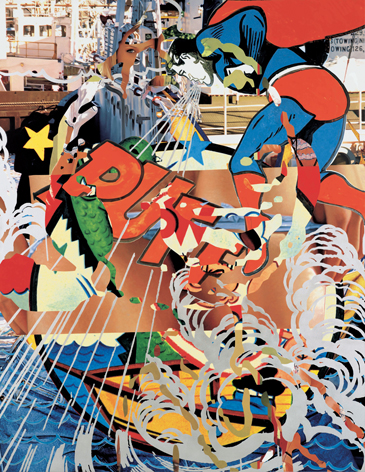 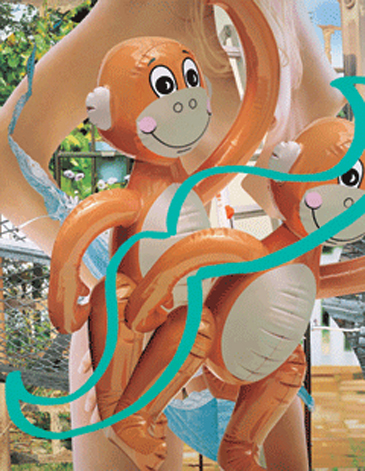 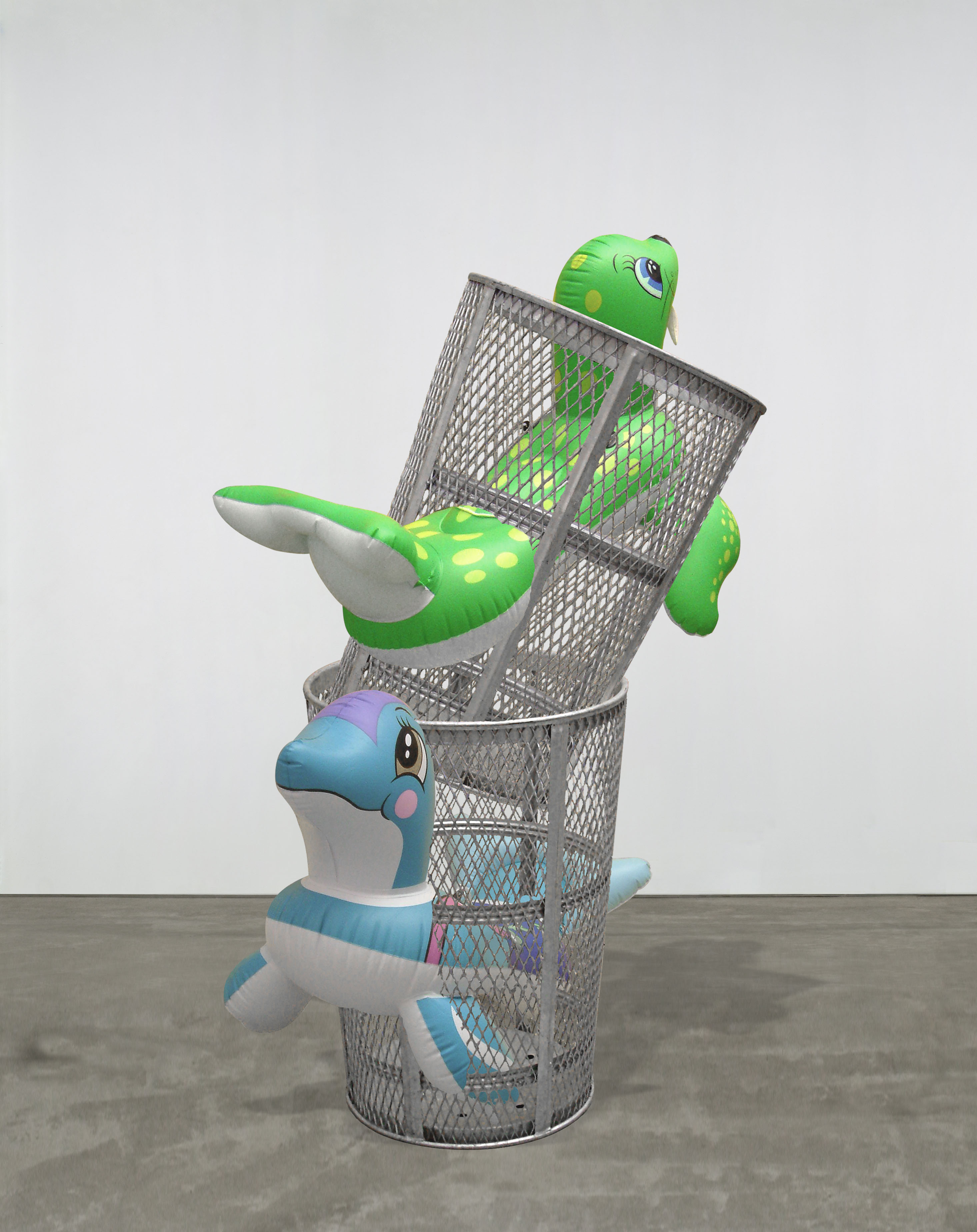 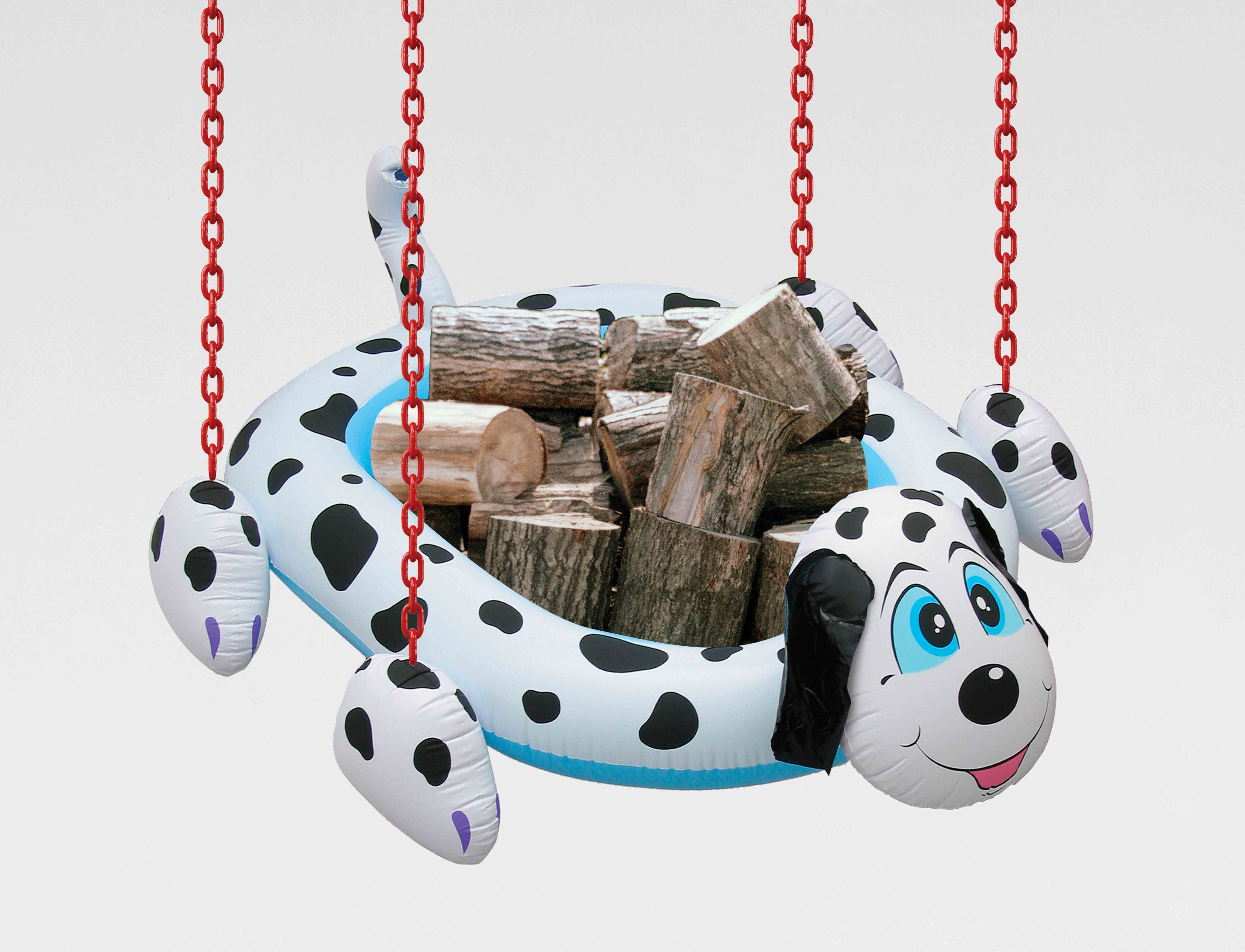 This entry was posted on Wednesday, July 1st, 2009 at 12:31 pm and is filed under Go See. You can follow any responses to this entry through the RSS 2.0 feed. You can leave a response, or trackback from your own site.