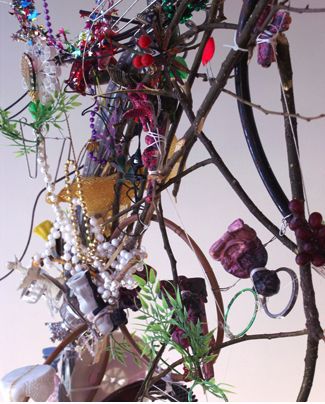 Agathe Snow, Wish upon a Star detail via The Fireplace Project

Currently showing in The Fireplace Project in East Hampton, New York, is an exhibition by Agathe Snow.  Works exhibited are made from recycled materials that went into Agathe Snow’s show at the Sculpture Center in Long Island City in Queens last year. The installations are great in size, yet light to the eye- almost childish in their appearance of clean forms and bold color combinations; they play with conventions of contemporary art but do not defy them in establishing a language of their own.  The show of Agathe Snow’s works runs through August 23, 2009. 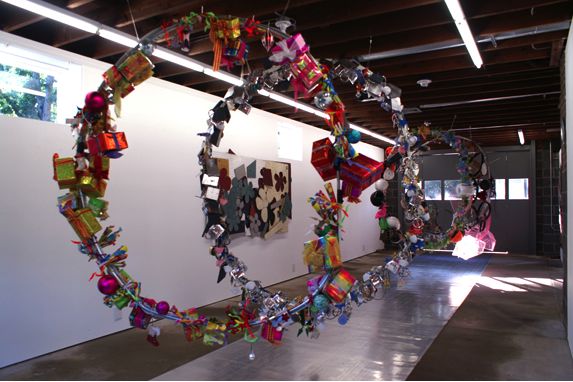 More text, pictures and an interview with Edsel Williams after the jump… 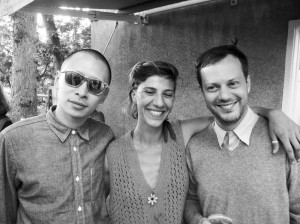 Terrenc Koh, Agathe Snow, Garrick Gott at the opening of the “Terrestrial Forms” show in East Hamptons via purple DIARY

“We do not represent artists, we present artists” claims the Fireplace Project information section. A former Talmage garage, the space of now The Fireplace Project is a contemporary art gallery that hosts solo shows, group shows and artist’s projects.  Having presented works of artists such as Terence Koh, Ryan McGinley, Sol LeWitt, Damien Hirst and many others, the Fireplace Project has contributed to the art scene in East Hampton for years.  As Edsel Williams, its creative director and founder, had planned- the gallery is in close proximity to the Pollock-Krasner House and Ashawagh Hall. 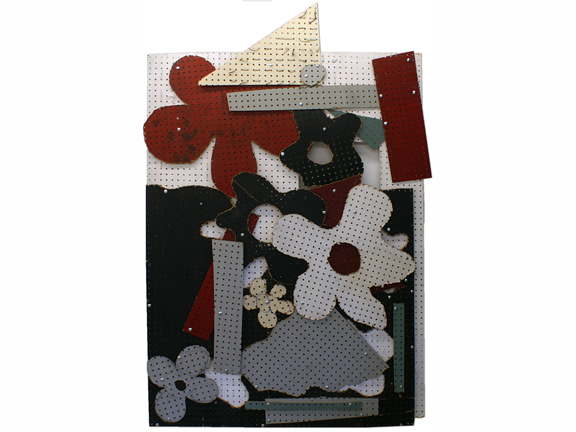 Born in Corsica, Agathe Snow, lives and works in New York. The Solomon Guggenheim Museum holds works by Agathe Snow in their permanent collection and last year’s Whitney Museum of American Art has featured her work in their biennial. Her most talked about show “No Need to Worry, the Apocalypse Has Already Happened… when it couldn’t get any worse, it just got a little better” was hosted at James Fuentes LLC in New York. During the exhibit, Agathe Snow exchanged presents with the visitors. 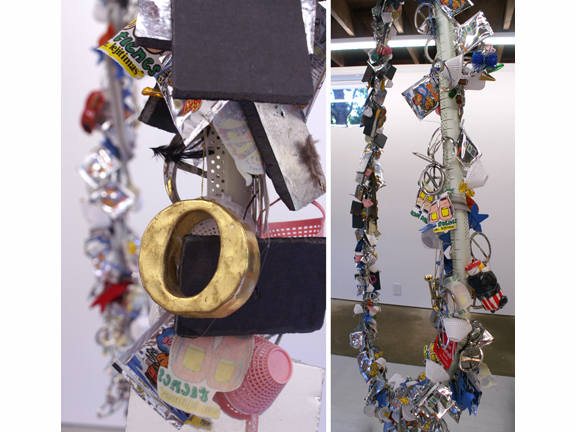 Agathe Snow, In Another Boy’s Nightmare via The Fireplace Project

The materials that were recycled to create the works currently showing at The Fireplace project were those used in works which the artist hoped would communicate with the “boys of her generation”: Terence Koh, Banks Violette and late Dash Snow. Agathe married Dash Snow at the age of 23 and changed her name from Apparu to Snow. 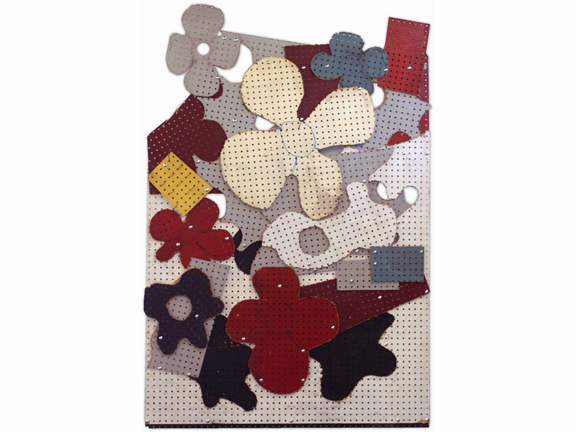 Agathe Snow, Get It While You Can via The Fireplace Project

Interview with the founder and creative director of The Fireplace Project- Edsel Williams:
(All questions were emailed to Edsel Williams and the replies are reproduced here as received by ArtObserved)

AO: The space of The Fireplace Project is not entirely a white cube, what part do the history and the peculiarities of the building play in the curatorial aspect of the show?

Edsel Williams: NONE. Other than the fact that we are really a destination out here in the Springs. So, I strive to produce the best shows possible so people come. So far so good.

AO:What is the story of your engagement with The Fireplace Project? How does the environment compare to your previous experiences in the art world?

E.W.: I own the Project. This environment is unique.

AO: You claim to be “the farthest thing from an art snob” opposing the opinion one may get when considering the artists (all distinguished) that have had their shows at The Fireplace Project. How do you feel about the selection of artists presented by the gallery?

E.W.: I’m Proud of the artists we’ve been able to work. We’re open to pretty much any idea. Which we are able to be some what because of where we are.

AO: During a lecture on Lawrence Weiner, Donna De Salvo stepped behind a podium and said: “Lawrence Weiner would not have approved of a podium”. Curators seem to very much aware of values of the artist they work with. How did the collaboration with Agathe Snow affect your vision of the particular show and curatorship in general?

E.W.: Agathe knew what she wanted to do and did it. This is what we want artists to do. Group shows are curated, solo shows are most often artist driven.

AO: What do you feel are your responsibilities to the artist whose show you conduct?

E.W.: to support their ideas, and make them happen (when they need our help). 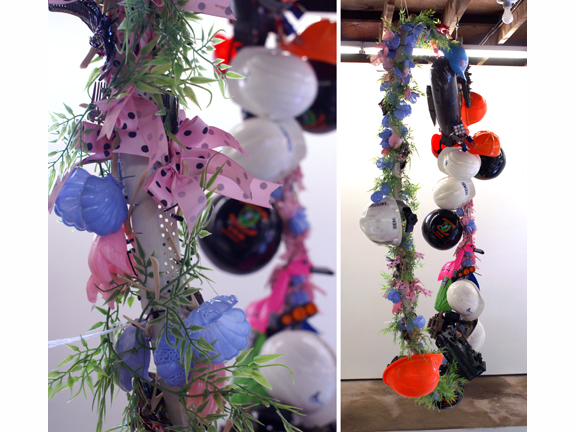 Agathe Snow, One Boy’s Nightmare (and detail) via The Fireplace Project

This entry was posted on Friday, August 21st, 2009 at 10:11 am and is filed under Go See. You can follow any responses to this entry through the RSS 2.0 feed. You can leave a response, or trackback from your own site.