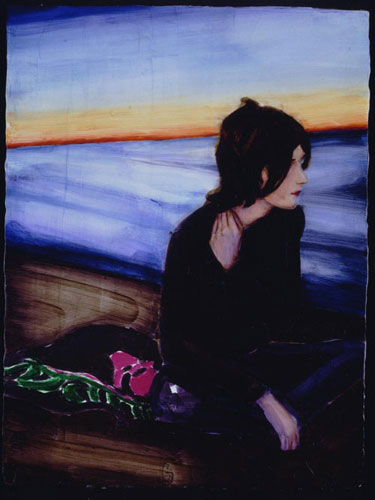 September (Ben) (2001) by Elizabeth Peyton, via The Guardian

Now on view at the Whitechapel is “Live Forever” exhibiting Elizabeth Peyton’s portraits of pop culture, celebrities and famed performers. The exhibition is the first European retrospective for the artist including more than 100 works made over the last 15 years.  The exhibit includes portraits of British artists such as David Hockney, Jake Chapman and Angus Fairhurst who committed suicide last year as well as images of Michelle Obama. 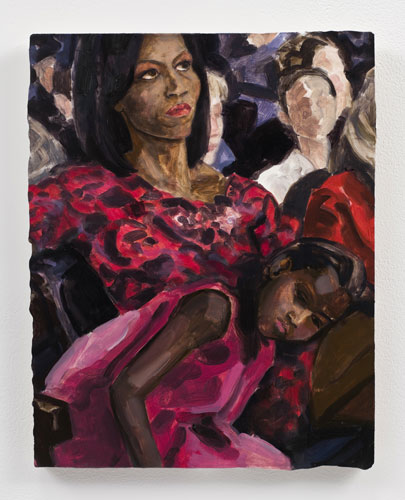 Michelle and Sasha Obama listening to Barack Obama (2008) by Elizabeth Peyton, via The Guardian

“To paint well, I need to be enraptured by my subjects,” says Peyton in an interview with Andrew Purcell. Peyton’s works are small in scale and tightly cropped yet reveal her seemingly personal encounters with the rich and famous such Prince Henry or Kurt Cobain. Celebrity portraits are often taken from news photos whereas those of her personal friends are drawn directly from life. Her influences range from rock-and-roll to fashion illustration from the pop culture of Andy Warhol to the classicism of the Old Masters. She employs photography and life drawing as well as an often informal technique composed of seemingly effortless and fluid brush strokes to express her subject’s character. 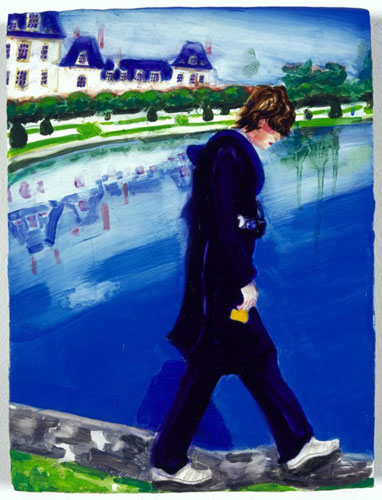 Prince Eagle (Fontainebleau) (1999) by Elizabeth Peyton via The Guardian

Peyton is among a small group of artists which developed a peculiar hybrid of realism and conceptualism in their work. She emerged in the 1990s voicing a return to narrative figuration in contemporary painting. Her paintings reference nineteenth-century modernist painters such as Eduard Manet and John Singer Sargent.  She has also pulls from from twentieth-century artists such as David Hockney, Alex Katz, and finally Andy Warhol. 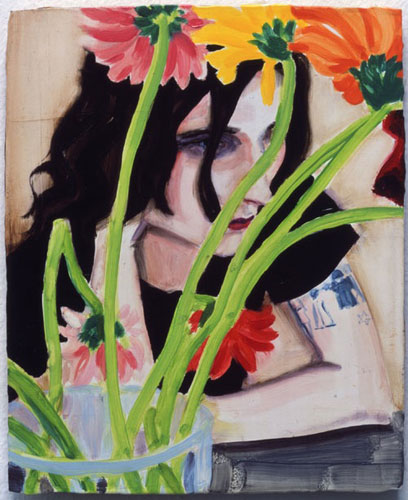 Flower Ben (2002) by Elizabeth Peyton, via The Guardian

Elizabeth Peyton was born in Danbury, Connecticut in 1965. She studied fine arts at the School of Visual Arts in New York City. Her first exhibition was organized by Gavin Brown in 1993 at the Chelsea Hotel. In 1987, she had an inaugural solo show at Athea Viafora Gallery in New York City’s Soho district. Works of Elizabeth Peyton can now be found in the Museum of Modern Art in New York and the Centre Pompidou in Paris. 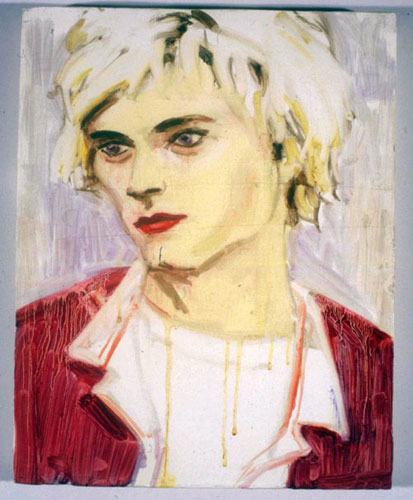 Zoe’s Kurt (1995) by Elizabeth Peyton, via The Guardian

This entry was posted on Sunday, August 2nd, 2009 at 12:29 pm and is filed under Go See. You can follow any responses to this entry through the RSS 2.0 feed. You can leave a response, or trackback from your own site.