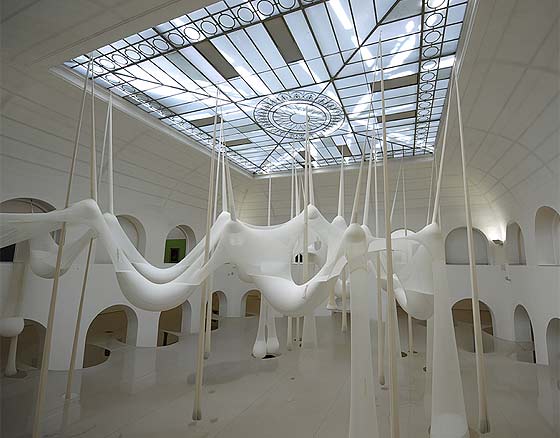 Timed to coincide with this year’s Estuaire, Musée des Beaux-Arts is currently hosting a giant work by Ernesto Neto.  “A Culpa civilizada (Civilized Guilt)” is a re-working of his well-known installation piece “Léviathan Thot,” originally shown in 2006 at the Panthéon in Paris during the Autumn Festival.  The installation will be housed in the patio space of the museum, and is curated by Blandine Chavanne and Alice Fleury, director and contemporary art coordinator of the gallery, respectively.  It will close on September 21.

“Leviathan Thot” recreated the Biblical monster, whose moniker, “leviathan,” is a manifestation of Satan in Christian lore, and has infiltrated modern Hebrew to simply mean “whale.”  In “Civilized Guilt,” Neto presents a concentrate of the original 2006 piece, made of transparent tulle studded with beads, sand, and sugar, a filling which lends the installation multi-dimensional sensory feel.  Accordingly situated in the patio space of the gallery, the piece can be seen from the first floor, so that patrons can view it from all sides and angles.  Its contrast with the walls of the gallery emphasizes the installation’s fragility, the lightness of its materials fighting in turn with the creature which it portrays.  That dichotomy is evidenced as well by the title — “guilt” here has been “civilized,” lightened, made palatable. 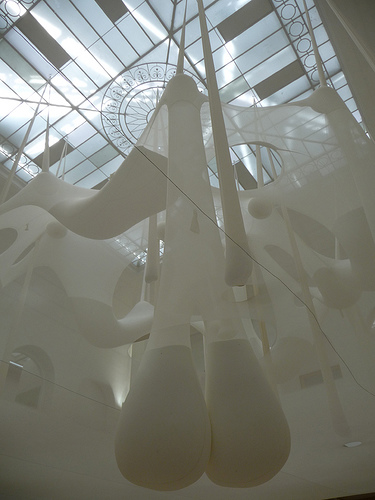 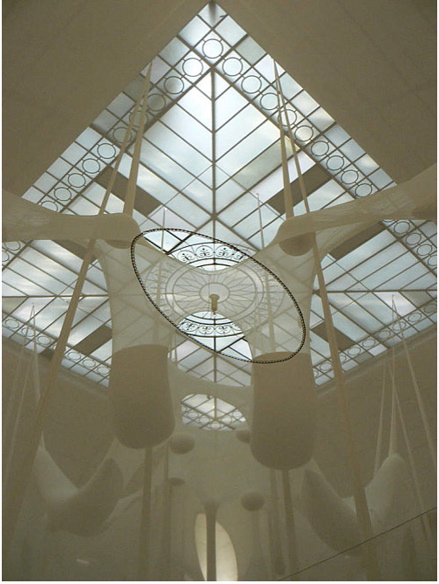 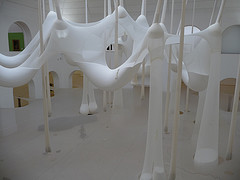 “Civilized Guilt” refers in part to the civilized people guilty of selling those they considered subhuman for material goods.  The sugar present in the piece also implicitly recalls the Triangular Trade, an account of which in the Nantes History Museum struck the artist as he was working on the piece.  The Trade brought American goods to Africa in exchange for slaves that worked in Europe on the plantations whose produce then went back to the United States: that is, people were effectively traded for sugar in a roughly triangular trans-Atlantic trade network. 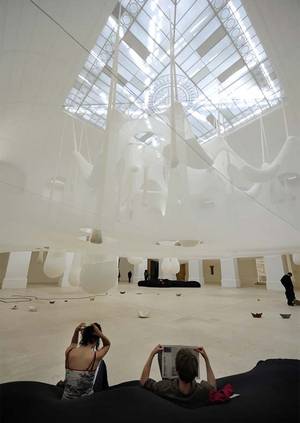 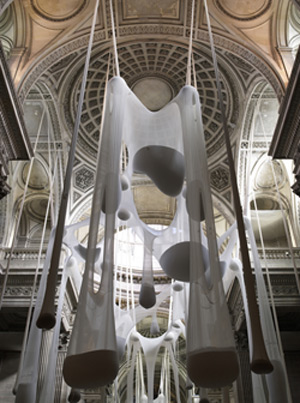 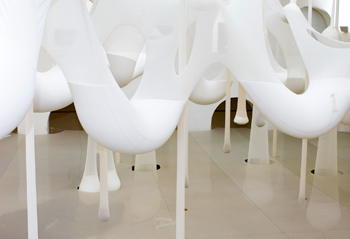 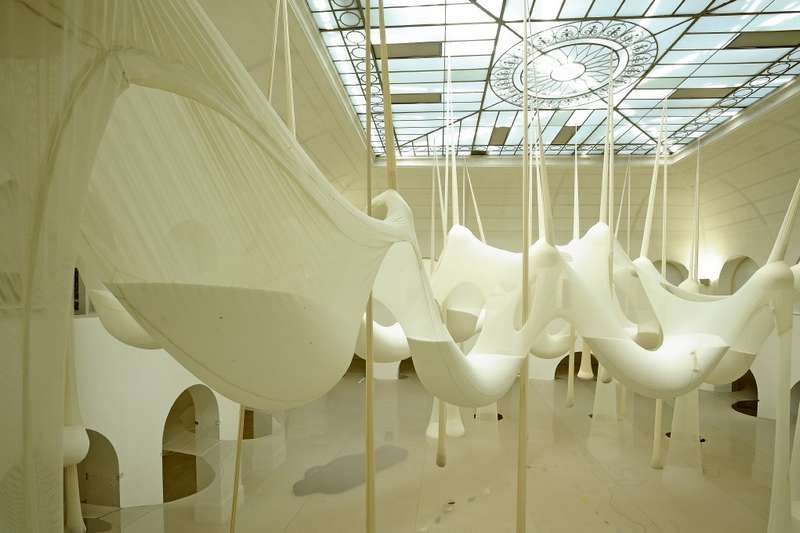 This entry was posted on Tuesday, August 18th, 2009 at 11:45 am and is filed under Go See. You can follow any responses to this entry through the RSS 2.0 feed. You can leave a response, or trackback from your own site.