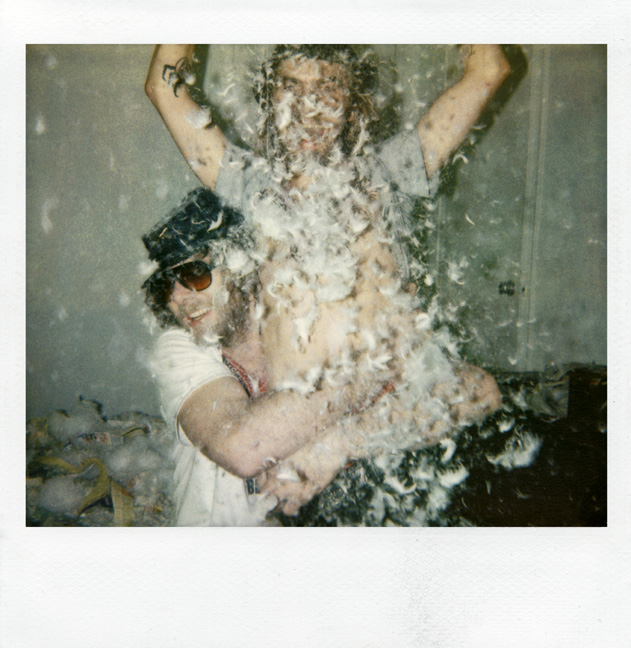 To commemorate the death of downtown New York artist Dash Snow on July 13, 2009, Deitch Projects has organized an open memorial exhibition at its Grand Street address.  Alerting Snow’s friends and family via email, Deitch Projects asked them to bring in works about Snow or by Snow, to present to the public until August 15, 2009.  These works, which are not identified nor organized in any particular order, occupy one room of the gallery, while the other is kept open for Snow’s friends and admirers to bring additional artworks or texts in his memory during the run of the show.  The exhibit constitutes a portrait of Dash’s multifaceted and ultimately self-destructive personality, by presenting an assortment of the artist’s photographs, drawings and collages, complete with a large recreation of his graffiti tag, “Sacer,” on the exterior of the gallery. 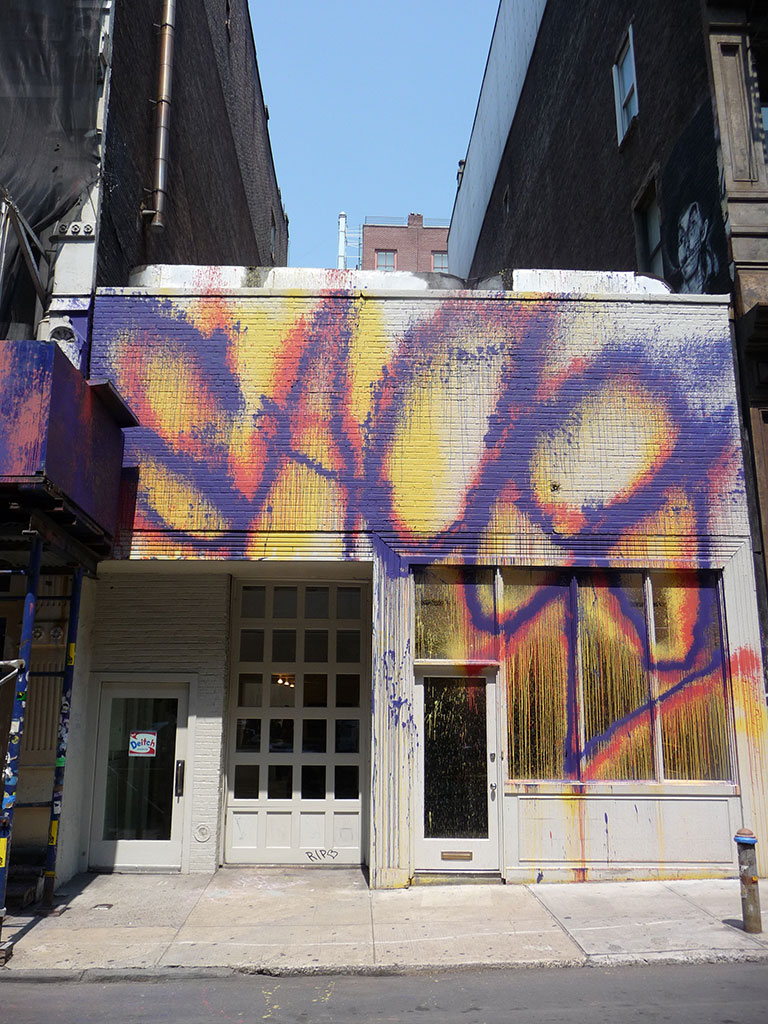 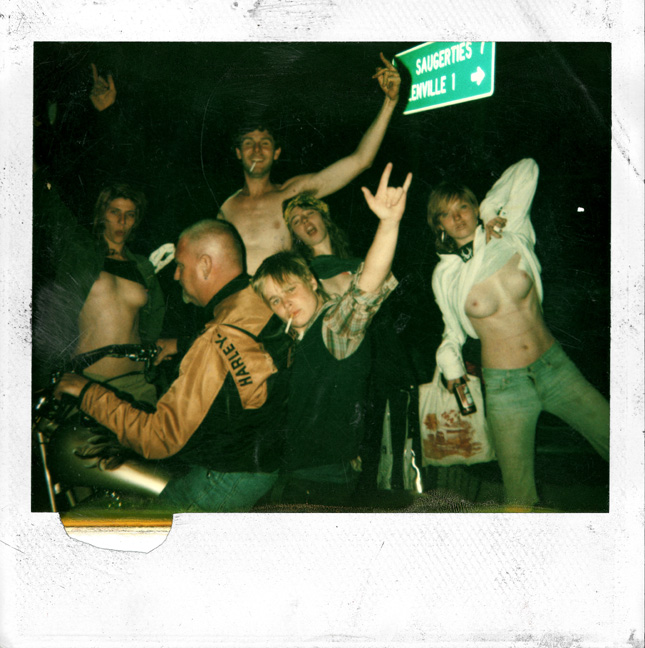 The exhibit constitutes a retrospective of Snow’s brief life, illustrating multiple sides of his character by showing him in various different roles: pictures of him with his family, or lying in bed cradling his infant daughter, Secret, are placed alongside with scenes of Snow displaying his multiple tattoos, or snorting a line of coke from a friend’s erect penis.  In one room, a video of the performance of a “Hampster’s Nest,” one of the exploits on which Dash’s notoriety is based, plays in fast-forward: Dash, his friend Dan Colen, and a woman are seen taking off their clothing in a hotel room, tearing up piles of phone books, dragging them through the shower and rolling in them, under the influence of several different drugs.  On the opposite wall, this is contrasted by a picture of Snow’s kindergarten class, sent in by his former teacher. 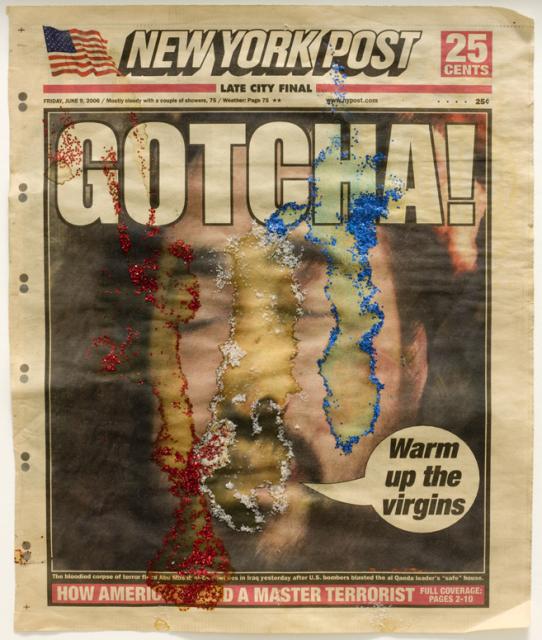 The memorial exhibition continues the cult of personality that Snow built around himself by chronicling his escapades with photographs.  Polaroids became Snow’s entry into the art world, and are consequently largely represented in the exhibit – a group of previously unseen Polaroids, found in Dash’s studio by his partner Jade Berreau, are on display, as well as some brought in by Christophe de Menil, Snow’s grandmother.  Several large photographs by artist Ryan McGinley, one of Snow’s closest friends, are displayed greatly enlarged and printed on black and white lightweight paper, giving them a mournful tone. 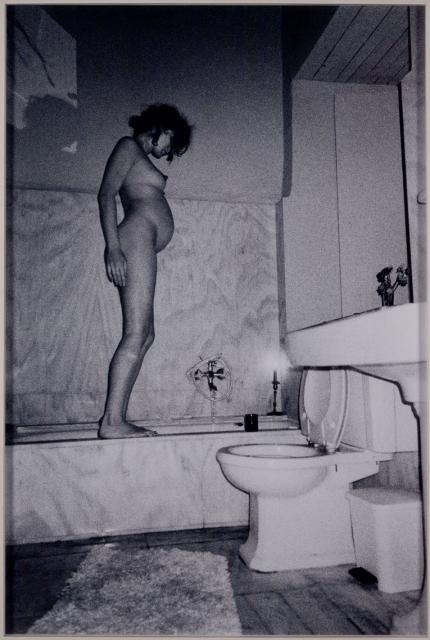 The debate over Dash Snow’s legacy began immediately after his death, with many people reluctant to embrace his art.  Snow acknowledged this in his work, for instance with one piece which consists of a large word drawing on a light box, quoting his 2007 profile in New York Magazine by Ariel Levy.  It asks the question, “How much talent does it really take to come on the cover of the New York Post, anyways?” referring to Snow’s propensity for ejaculating on his collages.  This memorial exhibit perhaps in the end celebrates Snow’s life over his artistic output, such that it becomes an impactful experience regardless of one’s opinion of Dash Snow.

Dash Snow is represented by Peres Projects of Berlin and Los Angeles, and by Contemporary Fine Arts of Berlin. 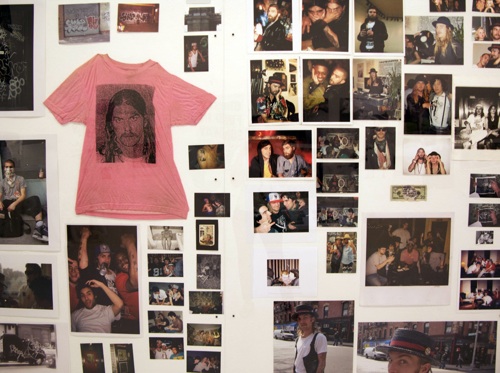 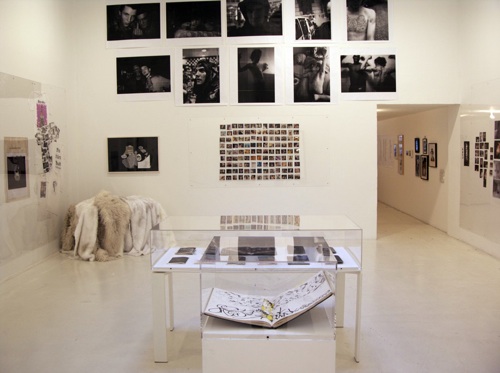 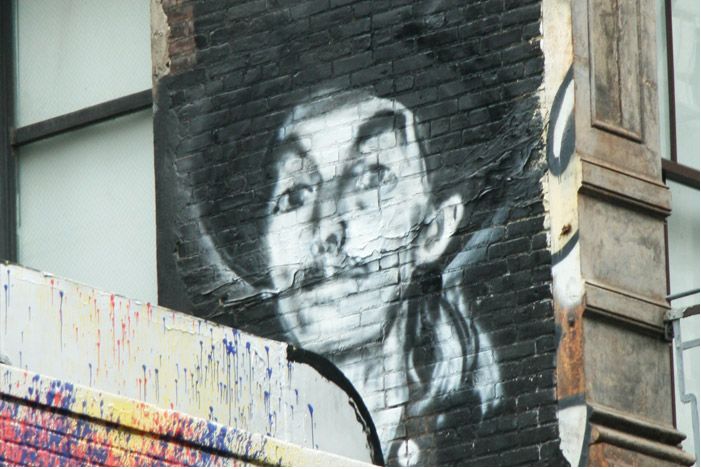 This entry was posted on Saturday, August 1st, 2009 at 6:08 pm and is filed under Go See. You can follow any responses to this entry through the RSS 2.0 feed. You can leave a response, or trackback from your own site.