The exhibition “Birth of the Cool” by Barkley L. Hendricks will be shown in the Santa Monica museum of Art from May 16th until August 22, 2009. The work showcased is a retrospective of the first career of Hendricks from 1964 through the present.  The renowned artist has explored an array of mediums throughout his career and has dived deep into a variety of subject matters. Hendricks is most reputed for his arresting and confrontational life sized portraits of African Americans the Urban Northwest during the 1960’s and 70’s. 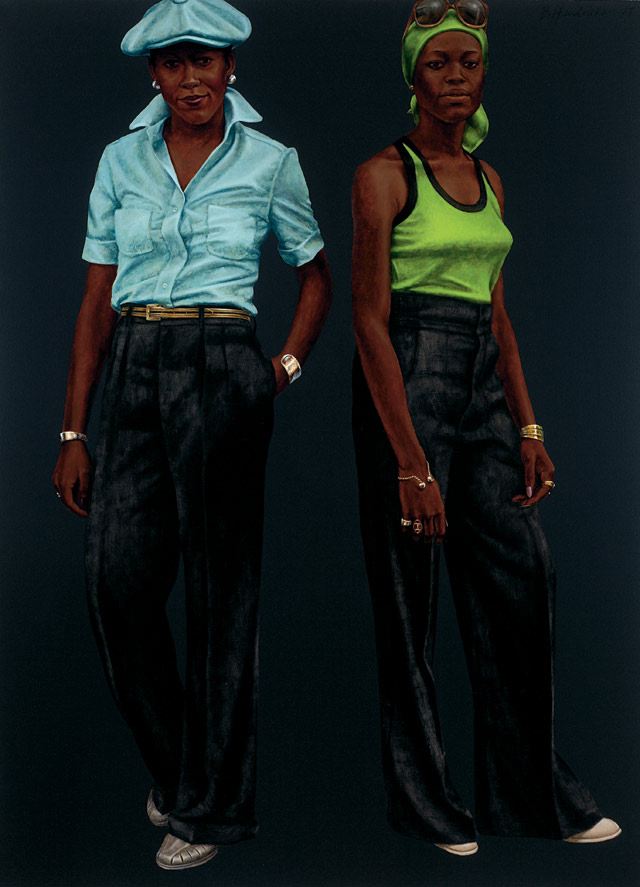 The portraits, who are in fact locals in Barkley’s neighborhood, anticipated a figural altercation that shook up the racial parameters in the art world.  Hendricks’ paintings make a powerful statement as their subject matter was an unlikely one within the art historical context of the time. Along with his iconic portrait paintings, the exhibition will feature many of Hendricks’s older, less prominent works as well has some newer series such as the small plein air, which studies the Jamaican landscape. 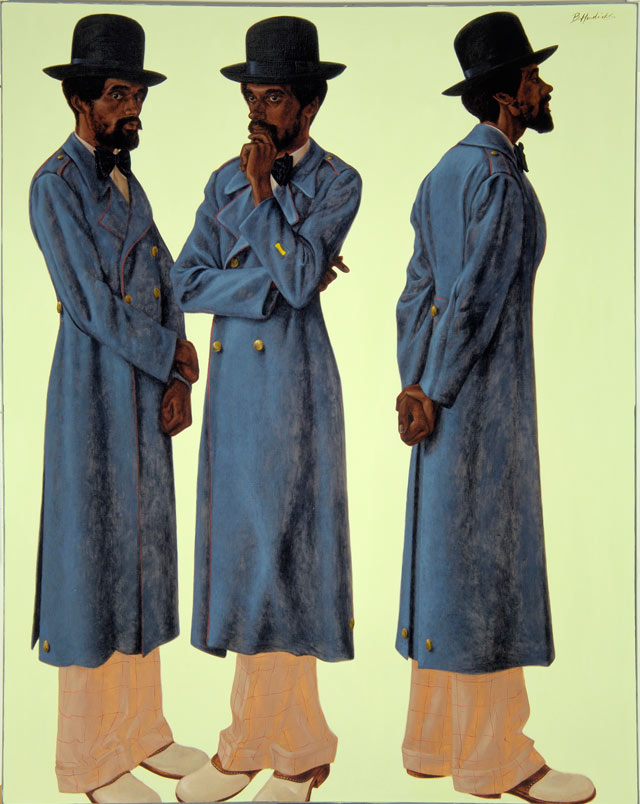 Barkley Hendricks was born in Philadelphia, he received his education at the Pennsylvania Academy of the Fine Arts. The painter continued his studies at Yale University where he worked the eminent photographer Walker Evans and graduated with his B.F.A and M.F.A. He had been a professor of Studio Arts at Connecticut College, in New London, Connecticut since 1972 and his portraits have become recognized by critics as some of the most distinctive in recent art. 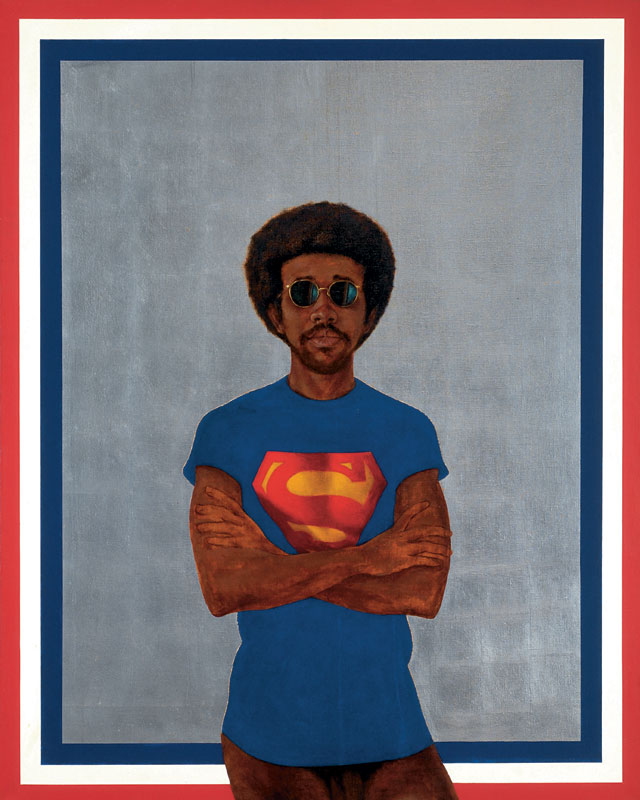 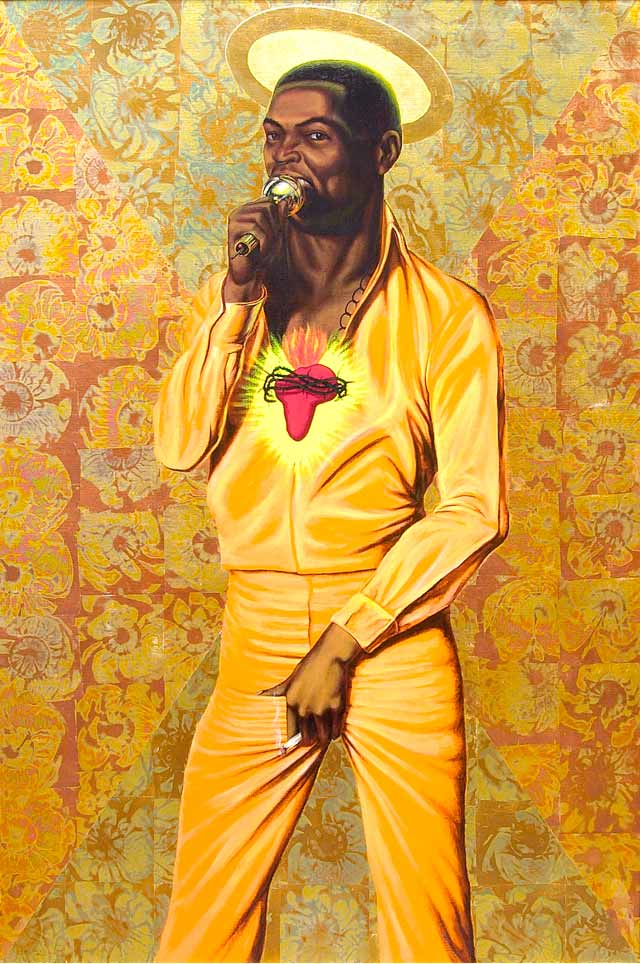 Birth of the Cool is organized by Trevor Schoolmaker, curator of Contemporary Art at the Nasher Museum of Art in Durham, North Carolina. The exhibition has also traveled the Studio Museum in Harlem to the Pennsylvania Academy of Fine Arts in Philadelphia, The Nasher Museum of Art in Durham, and the Contemporary Arts Museum in Houston. The show has been named one of Vogue Magazine’s top 25 cultural events of the year. The National Gallery also acquired some works by Hendricks in 1973, most notable Sir Charles, aka Willie Harris, 1972, only one year after the painting was completed. 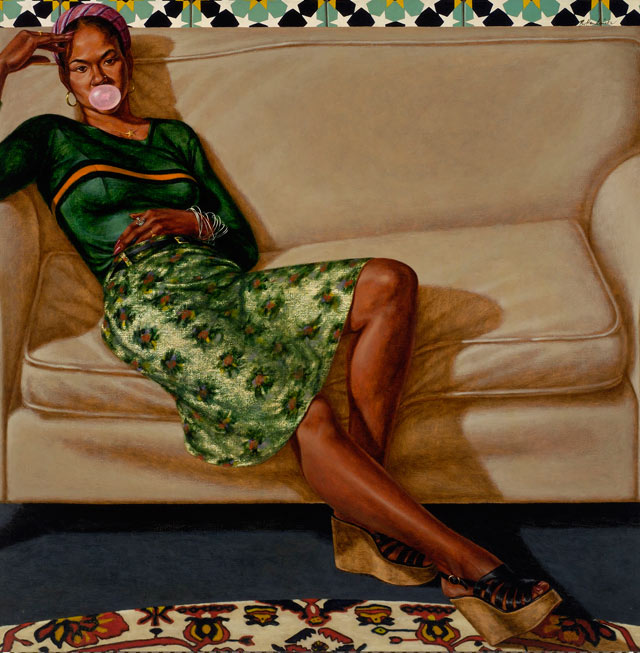 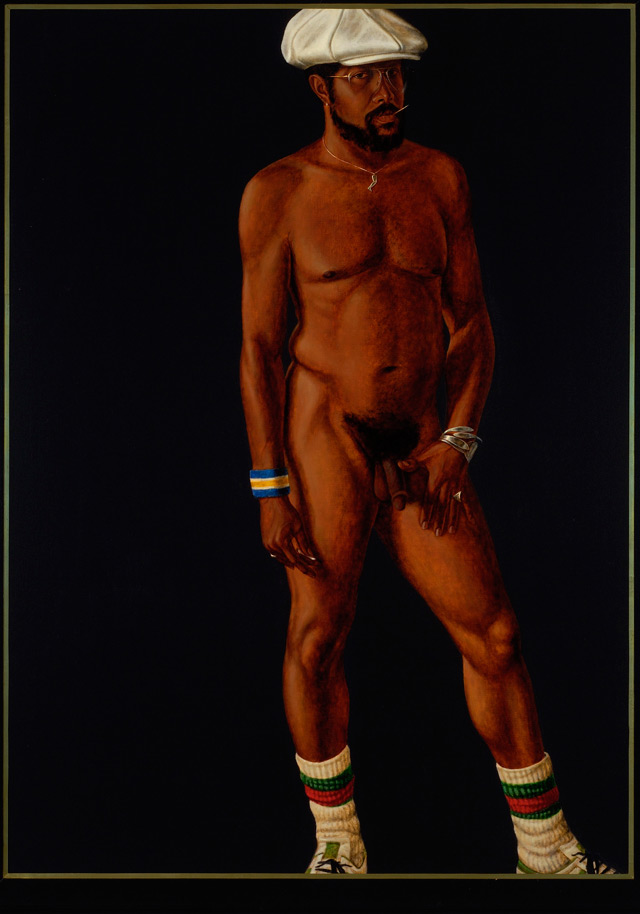 This entry was posted on Wednesday, August 12th, 2009 at 2:00 pm and is filed under Go See. You can follow any responses to this entry through the RSS 2.0 feed. You can leave a response, or trackback from your own site.